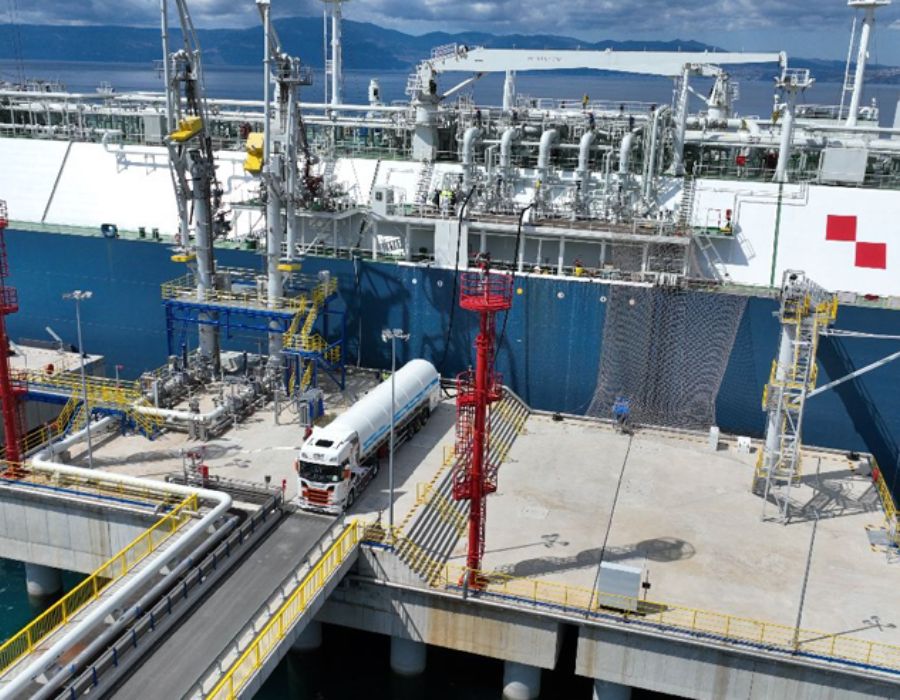 Avenir LNG Limited (Avenir) on Tuesday (23 August) said it has signed a Joint Collaboration Agreement (JCA) with Prvo Plinarsko Društvo d.o.o. (PPD) which will initially focus on the sale and distribution of LNG from Krk LNG Terminal to marine bunkering stations, amongst others.

The distribution will be done by truck and small-scale LNG vessels from the Krk LNG Terminal to off-grid industries, power generation, marine bunkering and truck refuelling stations in Northern Italy and the eastern European countries.

This JCA follows the successful collaboration between Avenir and PPD on the first small-scale LNG reloading operation from the Krk FSRU in May 2021.

Starting in October 2022, Avenir and PPD will begin the distribution of LNG by truck from the Krk FSRU to customers in northern Italy and eastern Europe. Under the JCA, the parties will also evaluate the feasibility in developing a long-term solution (together with partners) via an LNG breakbulk terminal along the Adriatic sea to service the underserved eastern European market.

“We can state with pleasure that Croatia enabled infrastructure preconditions for the future development of the small-scale LNG market in the entire region,” said Ivana Ivančić, Management Board Member of PPD.

“The synergy of Avenir and PPD will contribute to the Eastern Europe and Adriatic market development bringing a sustainable alternative for businesses and people in the region.”

‘We will be building a large fleet of small- and medium-scale LNG distribution and bunkering ships,’ says Founder and CEO Stig Hagen of Kanfer Shipping.