WFW: Who pays, and legal implications of financing scrubbers 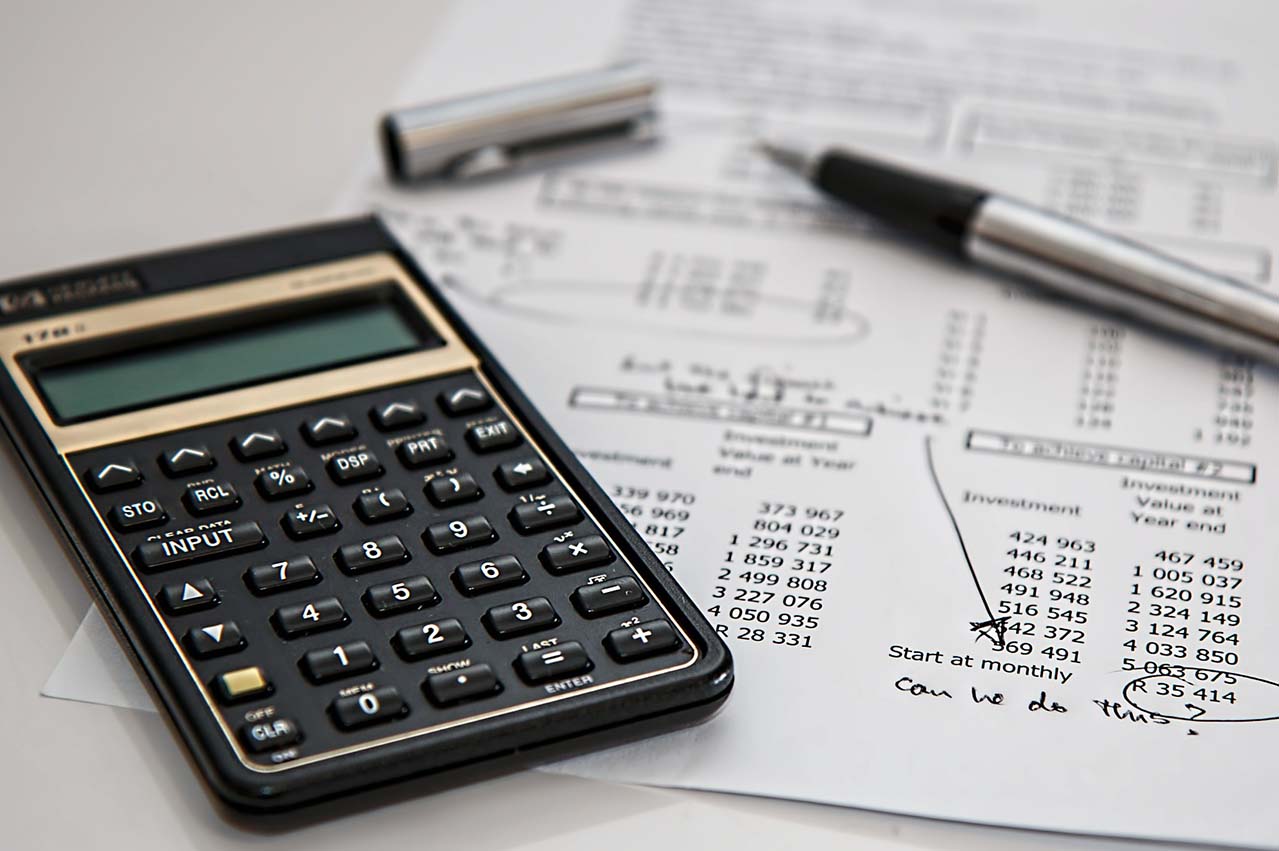 In 1997, the International Maritime Organisation (“IMO”) adopted Annex VI to the International Convention for Prevention of Pollution from Ships (“MARPOL Convention”) in order to tackle the air pollution caused by shipping. On 1 July 2010, a revised Annex VI was entered into force and set stricter requirements seeking to control ships’ airborne emissions. The current global limit for sulphur content is 3.50% mass by mass (“m/m”). However, a new global limit of 0.50% m/m will become effective on 1 January 2020; a date which was set by the IMO’s Marine Environment Protection Committee in October 2016.

Under article 5 of Annex VI of the MARPOL Convention, each ship must have an International Air Pollution Prevention (IAPP) Certificate which is issued by the ship’s flag state. This certificate contains a section confirming that the ship burns fuel oil whose sulphur content is within the cap as proved by bunker delivery notes (“BDN”) or has installed an alternative fitting, material, appliance or apparatus which is approved and which has an equivalent effect to that of using a low sulphur fuel oil. BDNs must be obtained by each ship which will be loading fuel oil and this note must state the level of sulphur which is included in that fuel. Verification may be achieved by taking samples of the fuel.

There are currently the following three options that a shipowner could consider in order to meet the new lower sulphur emission standards:

The two most common responses of the shipping industry currently are either the future use of low-sulphur fuel oil or the retrofitting of scrubbers which will manage the quality of the emissions before releasing them into the atmosphere (and wash water into the sea). The flag state of each ship will dictate which scrubbers are approved but the shipowners will also have to consider which scrubber is compatible with the existing power plant in each ship. From the type of scrubbers that are currently available in the market (i.e. open loop, closed loop and hybrid) the open loop scrubbers are emerging as the more popular choice.

The compliance verification of each ship will be made by the port state control of each coastal state. These states could also engage various surveillance methods such as air or satellite surveillance so as to assess smoke plumes. The IMO has not set a fixed fine or sanction relating to breach of the sulphur cap regulation and each individual member state of the IMO is therefore free to decide what penalties will be adopted.

It is one of the IMO’s highest priorities to ensure the consistent and effective implementation of the 2020 sulphur cap. The sub-committee of the IMO on Pollution Prevention and Response will be working during its sessions throughout 2018 and 2019 so as to ensure consistent implementation of the sulphur cap and facilitate effective actions and policies by member states of the IMO. There is currently a draft amendment to the inspection guidelines (IMO Resolution MEPC181.59) which is still under consideration but its final version is likely to include:

Owners and charterers; who bears the cost?

Where the cost of compliance lies between an owner and a time charterer will give rise to scrutiny of existing time charters and possible issues of interpretation if, as is likely, the issue is not explicitly addressed in a particular time charter. There may be cases, depending on the terms of the time charter, where owners feel able to sit tight, do nothing and require charterers to use and pay for low sulphur fuel oil. In other cases, on the other hand, the impetus to fit scrubbers might come from charterers offering to bear the up-front cost of fitting scrubbers and recovering the outlay from an agreed reduction of hire. When new time charters are being negotiated, allocating the cost of compliance should be expressly addressed – and might give rise to some difficult discussions.

The cost of scrubbers is significant and therefore shipowners electing to retrofit scrubbers will probably seek a way to finance the acquisition and installation cost. Leaving aside the possibility of finance or quasi-finance being provided by charterers as referred to above, the more common external financing options are sellers’ credit and debt financing (either at a corporate level or with the vessel owning SPV) which could be backed by an ECA. Additionally, certain financial institutions have been investigating leasing as a financing vehicle for scrubbers. The main concern relating to any type of scrubber financing is the form of security that the creditor will receive. A scrubber is likely to become an integral part of the ship, although the issues around this may vary depending on the ship’s flag. If the ship is mortgaged, the rights and remedies of a scrubber financier will need to be addressed by agreement with the ship mortgagee. This applies whether the scrubber financier takes an express security interest over the scrubber or takes quasi-security in the form of a lease or title retention arrangement. Such arrangements with a mortgagee of the ship can be complicated to agree. If the ship is currently free of mortgage, the respective enforcement remedies of the scrubber financier and any future mortgagee would need to be addressed before any future mortgage is granted – and so could be an impediment to the shipowner’s ability to mortgage the ship. Furthermore, even where these issues are satisfactorily addressed by agreement with the mortgagee of the ship – or where they do not need to be addressed because the ship is and remains free of mortgage – the practical issues and expense of removing a scrubber and realising any substantial recovery from the sale of a second-hand scrubber make financing of scrubbers on an asset-only basis unattractive.

If a ship is free of mortgages, the most secure approach for a scrubber financier is to take a first priority mortgage over the ship (which can secure one or more scrubbers). This is unlikely to be a commercially viable option for an owner unless it is to secure installation of scrubbers on a fleet of vessels.

If there is already a mortgage on the ship, any mortgage of the ship in favour of a scrubber financier will be a second or subsequent mortgage and will require the consent of the prior mortgagee(s). The inevitable negotiation of intercreditor provisions can be challenging and time-consuming.

It is appropriate for owners and potential financiers of scrubbers to focus on the identification of the source of repayment of the scrubber financing as much as on security over the scrubbers themselves – not least because of the difficulties identified above around the latter. If it is possible to identify an element of income which is attributable to an additional amount of hire which a charterer would not be paying but for the fitting of a scrubber, that income stream can be allocated to the repayment of the scrubber financing. There are legal and intercreditor issues to be addressed with any other party (most likely a mortgagee of the ship) having security over the ship’s earnings generally to ensure the robustness of the integrity and enforceability of the scrubber financiers’ security over an identifiable income stream.

In any financing of scrubbers it is necessary to beware of tripping any restrictions on the incurrence of financial indebtedness which are contained in existing debt documents.

An alternative approach would be to rely on the maritime claim which a supplier of goods/equipment to a vessel has which will make the ship capable of being arrested in case of default. However, the level of comfort this will provide a financier would need careful legal analysis. A maritime claim such as this (as opposed to a maritime lien) will invariably (subject to a couple of notable exceptions) rank after any mortgage of the ship, so may be seen as nuisance value at best.

Industry response to the 2020 global sulphur cap is still developing and reveals approaches which are diverse. There are challenges around the financing of retrofitted scrubbers on an asset finance basis. These are not insuperable but there does not currently appear to be a ‘one size fits all’ financing solution which is quick and easy. The changing picture – as regards both commercial issues and financing structures – will continue to be closely monitored.

Appointed Liquidator has called for all creditors to send in their names and addresses and particulars of their debts or claims by Monday, 5 April 2021.

Lau Chin Huat is appointed as the Liquidator for the purpose of winding up the companies and all creditors are to submit proofs of debt before Friday, 23 April.