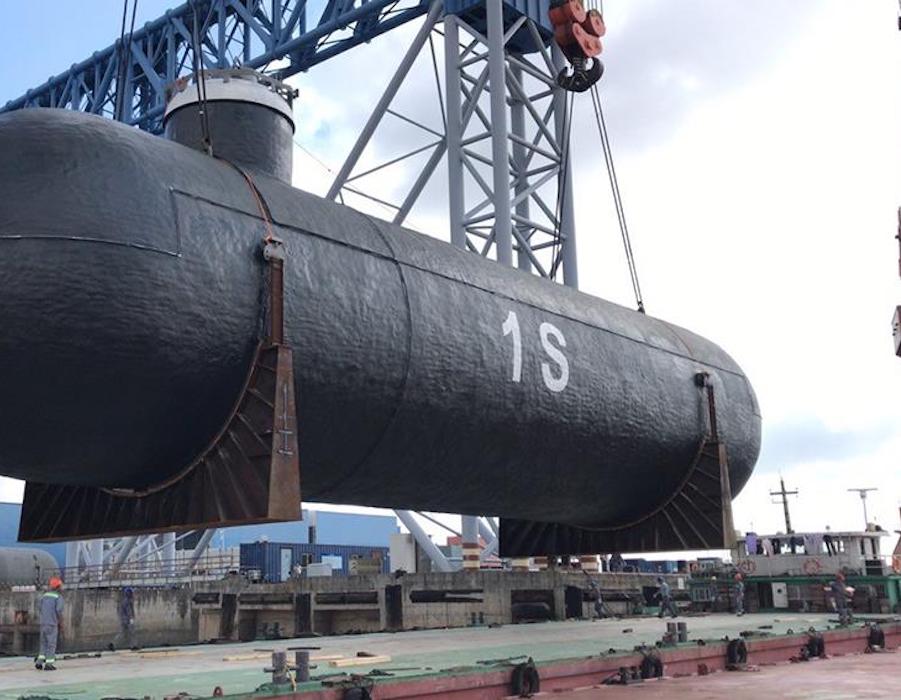 The successful completion of this delivery will allow the installation of a complete cargo handling system for a LNG bunker barge to proceed on schedule.

The company said the system is intended for the new 5,400 m3 LNG bunker barge being built at the Fincantieri Bay Shipbuilding (FBS) yard in Wisconsin, USA for Polaris New Energy, LLC (PNE).

Wärtsilä noted the four cargo tanks have internal piping, instruments, equipment and access structures. They also have 300mm of insulation and will be installed below deck on the bunkering barge; only the domes will be visible once completed (see photo).

Transportation to the yard required detailed planning: the tanks were moved by barge to Shanghai, where they were loaded onboard the heavy-lift vessel, the BBC Louise for transport to the USA.

After crossing the Pacific, the ship will pass through the Panama Canal and then head north along the USA’s eastern seaboard on its way via the St. Lawrence Seaway to the shipyard on Lake Michigan.

The ship is expected to arrive in late October as planned, which is in line with the yard’s schedule for delivering the barge to PNE end-2021.

“Delivering the cargo tanks as agreed with FBS puts the main piece of the jigsaw puzzle in place. Construction work has been to the highest HSE standards, and we are really satisfied with the quality,” said Geir Kirkemo, Project Manager for Wärtsilä Gas Solutions.

The four cargo tanks are each 1,350 m3 in size. The Polaris New Energy barge will be the largest vessel of its kind when launched, and will operate as a ‘moving gas station’ to supply LNG-fuelled vessels along the east coast of the USA.

“The completion, and shipping, of the LNG cargo tanks marks a very significant milestone in the overall project. Fincantieri Bay Shipbuilding greatly appreciates the efforts made by all parties in trying times, and looks forward to receiving the tanks and moving into the next phase of the project,” added Pete Sinclair, Program Manager at FBS.

Wärtsilä noted its scope for this project included, in addition to the tanks, the system design and integration, the LNG pumps, a ship-to-ship transfer system, ship to shore communication link, all necessary safety and control equipment, valves, instrumentation, and a gas combustion unit.

LNG bunker fuel cargoes purchased by CRYO Shipping for refuelling Greenland, a cement carrier moored at the wharf of the Klaipėda port and owned by Norway’s JT Cement AS.

The bunker balance – owners consider LNG in advance of 2020

‘We offer our turnkey solution with a 5-7 year payment plan without fixed vessel mortgage collateral...as a cost-effective solution for shipowners,’ said Managing Director.