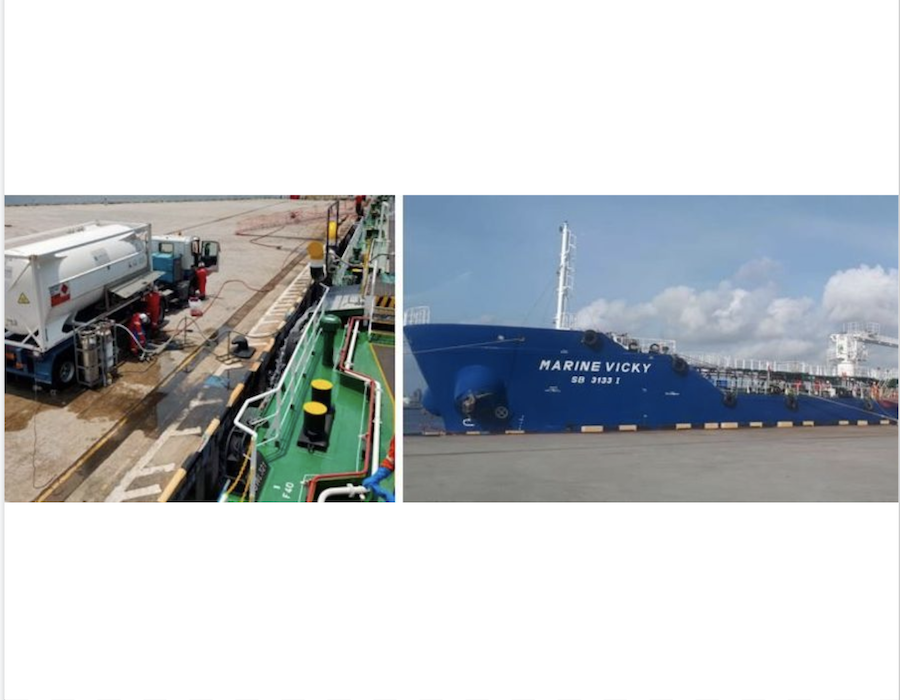 It was also the first LNG bunker delivery for the receiving vessel, Vitol Marine Vicky and the first delivery completed by a newly-ordered LNG truck with an appointed operator.

The company said the operation, which was completed in full compliance with the safety and safe distancing measures, involved a transfer of 34m3 of LNG from the trucks to the receiving vessel at Jurong Port.

The new LNG-enabled equipment involved in this operation demonstrates the industry’s commitment to the development of LNG as a marine fuel in Singapore, it added.

Following this operation, Pavilion Energy noted it will be commencing regular LNG TTS operations with Marine Vicky under a supply contract with V-Bunkers Tankers, a Vitol subsidiary.

As an LNG bunker supplier in the Port of Singapore, Pavilion Energy continues its momentum in expanding its LNG bunker logistics and supplies, and is committed to supporting its customers’ energy transition journey with LNG as a cleaner marine fuel.

NYK said the JV company was created to manage the brand ‘Gas4Sea’ which is now a wholly owned NYK subsidiary through the transfer of shares from its partners.

The vessel will use Yokohama Port as a home port to receive LNG bunker fuel, says shipbuilder.

Vessel chartered to an affiliate of TotalEnergies and will be supplying LNG as a bunker fuel to power modern vessels in the Mediterranean Sea.

ENGIE’s LNG assets to be acquired by Total, others