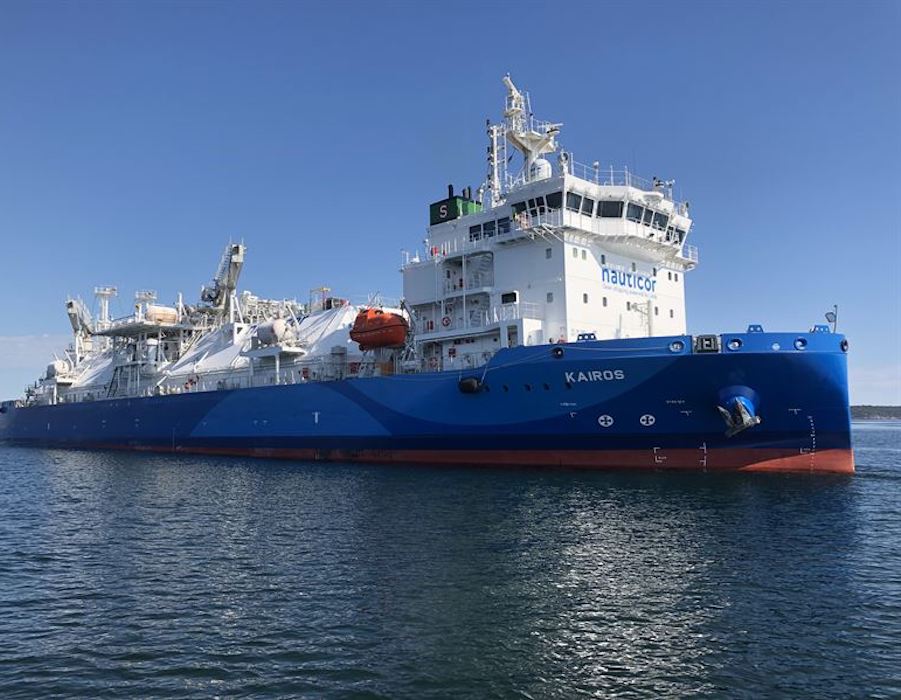 While DP reference systems are typically utilised on offshore vessels, the type approval tests for SceneScan were carried out onboard the ‘Kairos’, an LNG bunker vessel owned by Germany’s Bernhard Schulte KG.

The system was installed and commissioned in October 2019, and the successful type approval testing was finalised in December 2019. Installation was carried out by the ship’s crew without Wärtsilä supervision, thus emphasising the user-friendliness of the system’s design.

“Furthermore, by piloting this project with an LNG bunker vessel, we are again pushing the envelope for applications requiring DP capability. I fully expect the DP landscape to change markedly in 2020 as a result of Wärtsilä’s exciting and class-approved technology.”

In January, the largest ever LNG bunkering operation in Germany  was carried out in the port of Rostock. 1800 cbm of LNG was transferred from the ‘Kairos’ to DEME’s next generation offshore installation vessel, the ‘Orion’. The safe maneuvering of the ‘Kairos’ to the final mooring position was performed using the SceneScan system.

With its flexible and accurate near-field positioning sensing, SceneScan enables a step forward towards autonomous shipping. The ability to ensure accurate and cost-effective positioning in varying environments and conditions is a key prerequisite for smart manoeuvring. This is a key breakthrough to enable more flexible and safer LNG bunkering at sea.