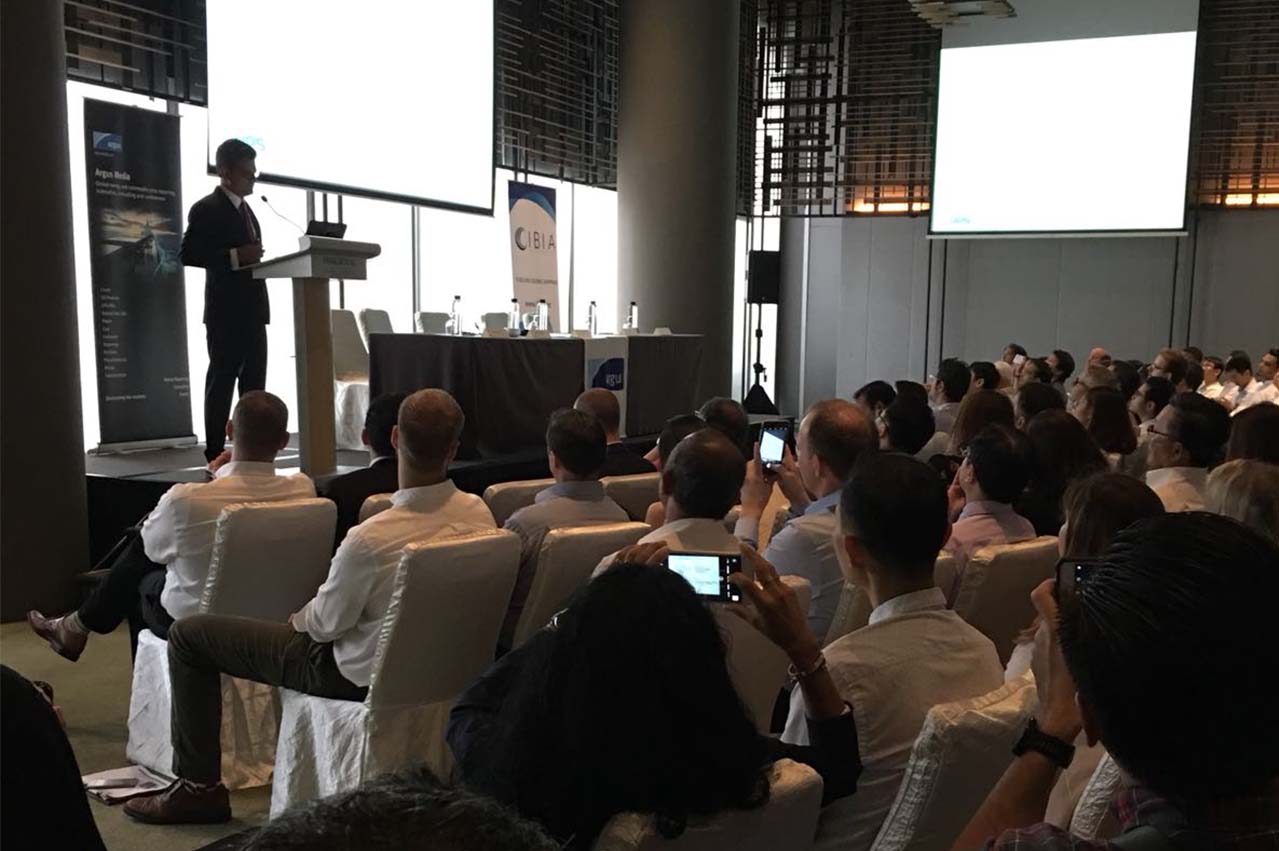 “It is quite clear that heavy fuel oil and distillates progressed from an 80/20 mix in the earlier years to the 60/40 mix that we see today; this will change in 2020 but that is story yet to be written,” Rahul Choudhuri, Managing Director of VPS, told delegates at the Argus Media Singapore Bunker Fuel Seminar on Friday.

“As we dig deeper looking at trends starting from 2015 moving to 2017, what becomes apparent and clear is bunker fuels are getting more complex and off-spec bunker cases are happening in a larger group of countries.”

Locations such as Curacao, Denmark, Estonia, Israel, Mauritius and Taiwan, not listed as locations with off-spec marine fuel in 2017, joined VPS’ off-spec bunker list in 2018.

Choudhuri, meanwhile, noted ISO 8217:2017, the latest ISO specification for marine fuel, being widely adopted and used for 70% of bunker contracts at Europe in 2018.

However, the case is opposite for the Asia Pacific and U.S. markets as the old ISO 8217:2005 standard is still being used for 70% of bunker contracts this year.

“If 23% of bunker samples are not properly conducted in Singapore, which has one the best bunkering standards in the world, what do you think is happening at the other ports?” Questions Choudhuri.

“Incorrect sampling procedures such as monitoring, sealing and documentation will cause serious issues in dispute resolutions.”

The development which seriously compromises a stakeholder’s chances in successful fuel quality claims can be simply solved by using a professional surveyor, he suggests.

Another development at Singapore, in the form of selected bunker industry players allegedly removing ISO 8217 Clause 5 from their bunker contracts, is a negative development to the industry.

“It is quite sad and unthinkable we have players in the industry looking at removing Clause 5. I think this is a fundamental Clause to ensure the fuel is fit for use and fit for purpose where it will not affect machinery and jeopardise safety,” he notes.

According to Choudhuri, contaminated fuels is not a new development within the bunker industry and VPS has recorded similar cases as far as two decades back.

“Over the last two decades, we have seen on average one case of contaminated bunkers per year and the number of vessels in each case has been relatively small,” he says.

“There has been a commonality of damages incurred by vessels such as filter clogging, damage to fuel pumps, damage to injection systems, sludging and black out.

“However, the source of the chemical contaminants has never been clear.”

Moving forward, Choudhuri highlights additional quality controls will be required in the future to keep contaminated bunker fuels in check, while the use of the latest fuel quality specification is still a best practise for parties to avoid operational issues.

“Put in place a plan to evaluate new fuels so you are ready in time for 2020.”