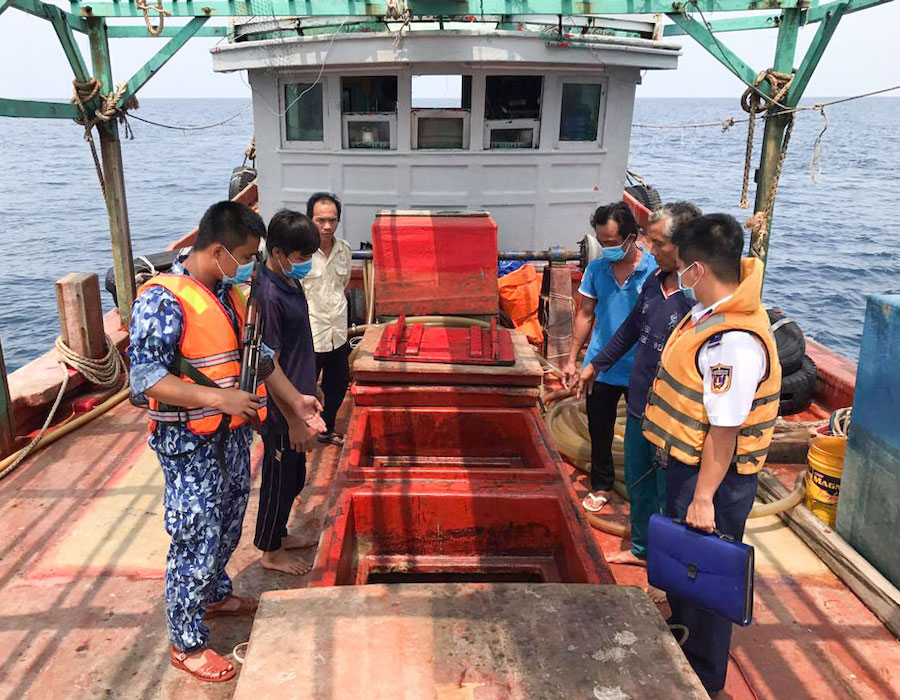 The patrol team was out on its inspection rounds on Thursday, 8 April at 10 pm when they discovered the vessel behaving suspiciously 13 nautical miles southwest from Tho Chu Island.

Initial investigations revealed the vessel had three crew members onboard, and the Master was unable to present the necessary invoices proving the legality of the diesel oil.

Marine Police Zone Command has detained the vessel and escorted it to the port of Fleet 401 and handed the case over to High Command of Marine Police Region 4 to be dealt with in accordance with Vietnamese law. A series of earlier Vietnamese Coast Guard arrests covered by Manifold Times in 2021 are as follows:

Cambodian authorities seized M/T Courageous in March 2020, and have been holding the vessel pursuant to a U.S. seizure warrant issued on April 2, 2020.

Deputy Public Prosecutor Jiang Ke-Yue presented his case to the court during the BP Singapore bunker trial on Tuesday.

The vessel was found by the patrol team at 12 pm on Tuesday (22 September) about 4.5 nautical miles southeast of Tanjung Piai; it was carrying a cargo of crude oil.

Arrest made on Tuesday night at Eastern Anchorage G5817A in Singapore port through Asialegal LLP.