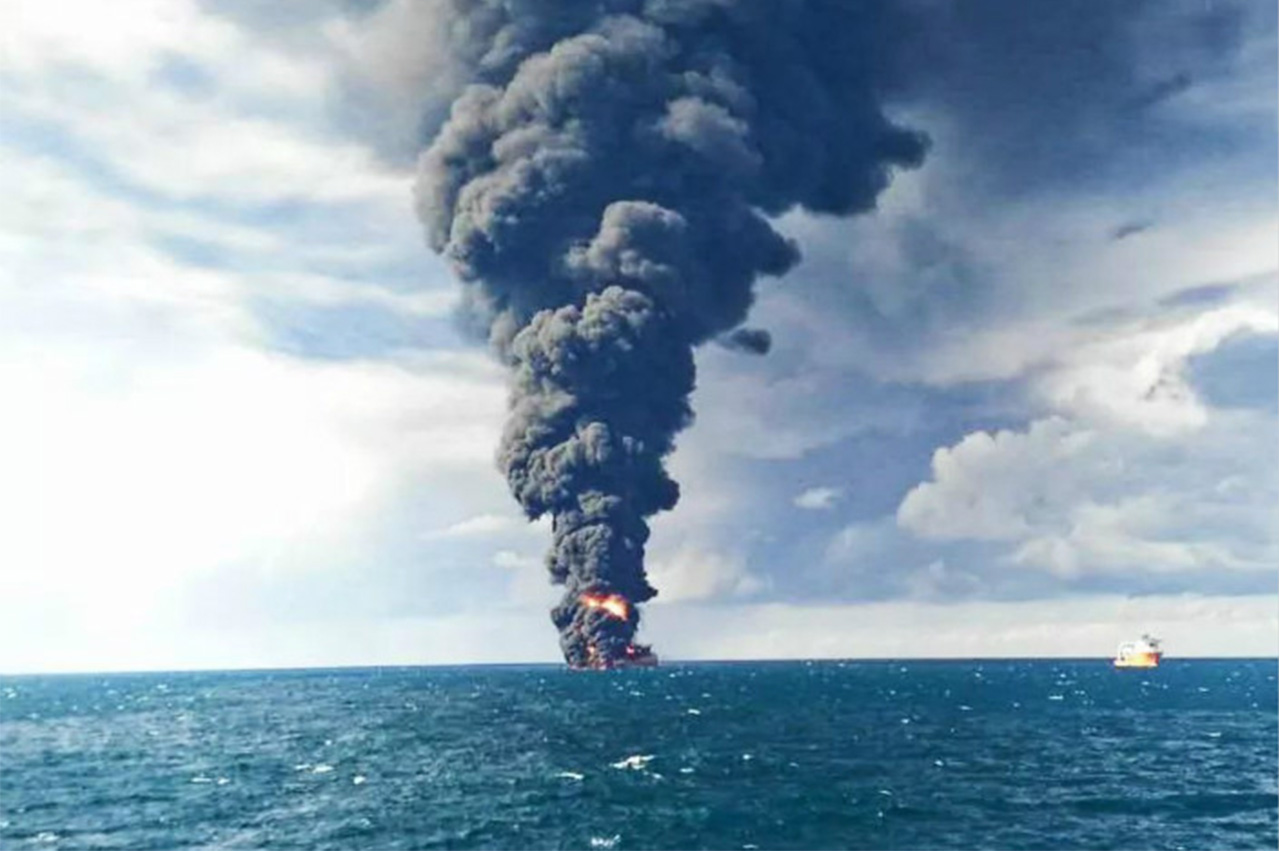 Panama-flagged Sanchi has reportedly sank in the East China Sea on Sunday and a large oil slick has been sighted in the area.

The oil spill is 13 kilometres (km) wide and 11 km long, according to the Japanese Coast Guard who adds that operations are currently being carried out to contain the slick.

The National Iranian Tanker Company (NITC) operated vessel’s last coordinates were reported to be 315 km west of Sokkozaki on the Japanese island of Amami Oshima.

The oil tanker’s crew of 30 Iranians and two Bangladeshis, meanwhile, are believed to have perished in the incident.

Approximately 1,000 metric tonne (mt) of bunkers were thought to be remaining in the Sanchi’s fuel tanks during the incident; it seems that damage from leakage of the fuel tanks, if it happens, will be “relatively local”, according to Greenpeace.

“As the fuel oil cools, it will become more viscous which will help to slow or even prevent leaks,” it said in a statement.

“In this scenario, it is possible that we will see chronic low volume leakage over a period of time at the seabed. Impact would remain relatively local.”

‘We look forward to contributing to the success of The Castor Initiative and reinforcing Singapore as the world’s leading bunkering hub,’ says CEO of Jurong Port.