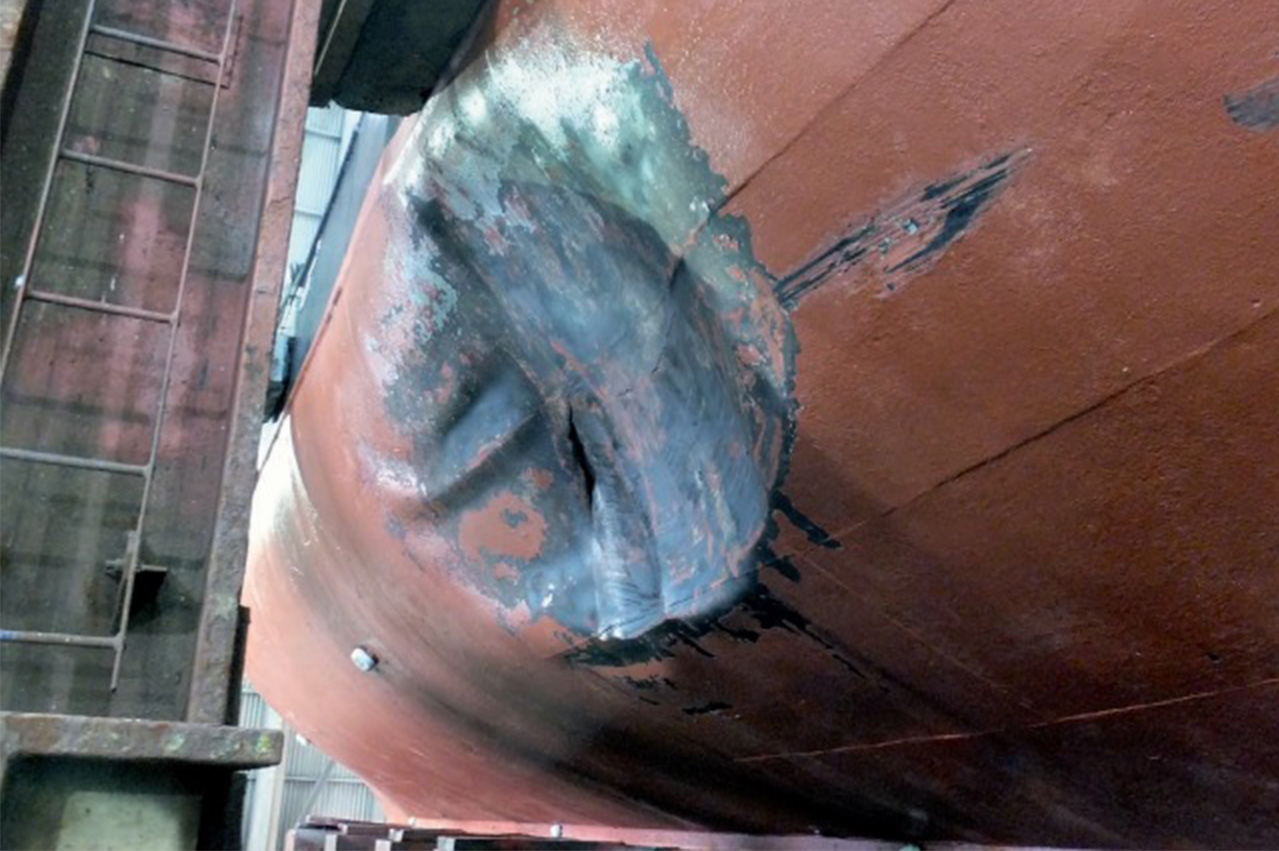 The below is a report from the UK government agency Marine Accident Investigation Branch describing a collision between general cargo ship and bunker barge and lessons learnt:

In daylight and good visibility, a laden general cargo vessel commenced its passage to deliver bulk cargo and containerised goods to a group of islands; the ship did the same round-trip every week. Once clear of the harbour, the master and lookout left the bridge and the chief officer was left alone on watch. Having set course on the autohelm, the chief officer did some paperwork at the chart table and then sat down in the bridge chair.

A small bunker barge with a cargo of diesel fuel was on coastal passage ahead of the cargo ship. The vessels were on a steady bearing for about 25 minutes before colliding. The bunker barge quickly listed over 90 degrees and both the master and crewman on board were extremely lucky to survive. The master escaped from the flooded wheelhouse through a window, and the crewman was washed overboard but managed to hold onto the bulwark top edge then climb back on board when the rush of water subsided.

The bunker barge suffered a large indentation below the waterline where it was struck by the cargo ship’s bulbous bow (see photo). There was also significant flooding of the vessel, the main engine seized and there was some pollution from leaking fuel cargo.

The master pumped seawater into an empty ballast tank to correct the post-collision list. This reduced the stability of the barge to a dangerous level, but it was later towed back to the safety of a nearby harbour without further incident.

IBIA: The end of the world as we know it

‘But if the contamination is undetectable by all required testing methods, then who is truly at fault?’