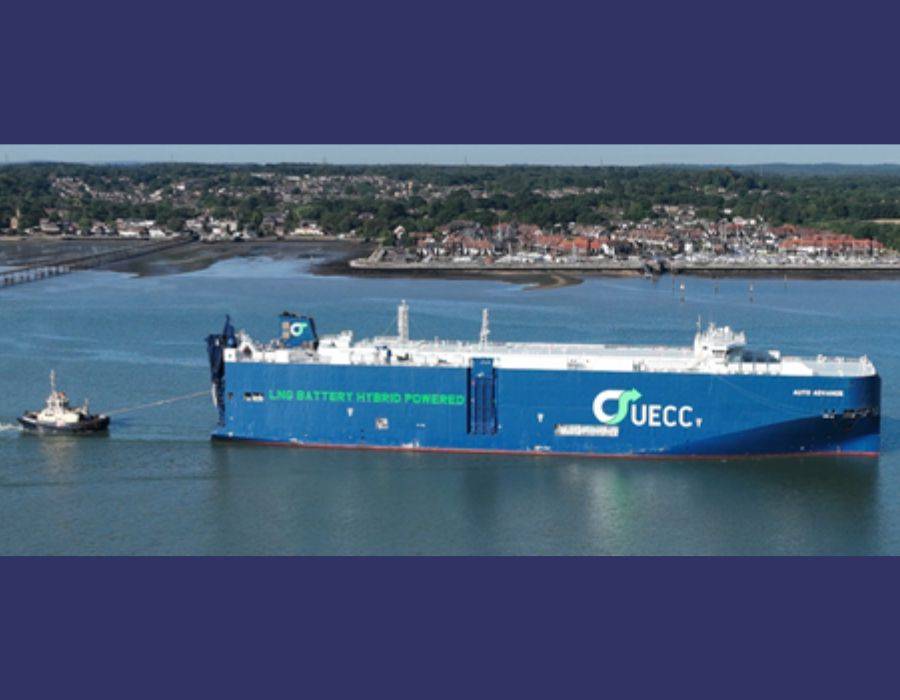 This will result in a reduction of almost 25% in UECC’s seaborne Scope 3 emissions – covering indirect emissions associated with business operations across the value chain – to augment direct emission cuts from its progressive adoption of alternative low-carbon fuels on existing vessels and newbuilds.

It is estimated that CO2 emissions from UECC’s towage operations at the ports of Esbjerg, Gothenburg and Malmo will be reduced by more than 300,000 kilograms over the term of the agreement with Svitzer.

UECC has been using biofuels on its PCTC Autosky over the past two years to cut annual carbon intensity by around 60%, thereby promoting development of a wider bunkering network for this type of fuel that will be further supported by the pact with Svitzer.

“With this agreement, UECC once again positions itself in front of the market, demonstrating that decarbonisation projects are scalable and available,” said UECC’s energy & sustainability manager Daniel Gent.

“This project aligns with our own supplier policy, which looks to holistically reduce the environmental impact of our business operation, far beyond regulatory requirements.

“UECC is demonstrating our willingness to ‘walk the talk’ and we once again call on our customers to join us as decarbonisation partners.”

UECC’s sustainability goals for its vessel operations are closely aligned with those of Svitzer. The towage operator recently announced its ambitions to reduce CO2 emissions from its fleet by 50% within 2030 and achieve fully carbon-neutral towage operations in 2040, initially through conversion to biofuels.

Sven Lumber, head of EcoTow at Svitzer, said: “We are extremely pleased to see UECC among the first-movers on EcoTow in Scandinavia.”

“With this agreement they join other global Svitzer customers who partner with us around decarbonisation, gaining the ability to include externally audited CO2 emission savings in their reporting. This shows a strong desire on the part of UECC to demonstrate environmental responsibility.”

Gent underlines there is an increasing commercial incentive to reduce the carbon footprint of ship operations due to upcoming regulatory measures that are set to spur biofuels demand.

UECC will be among the first shipping companies to exceed the IMO’s 40% carbon intensity reduction target by 2030 through investments in a trio of newbuild multi-fuel LNG battery hybrid PCTCs, as well as the use of alternative fuels such as biodiesel and biogas on existing vessels.

The second of these newbuilds, Auto Achieve, was recently delivered from China’s Jiangnan Shipyard and will start trading this month, with the third vessel due for delivery in autumn this year.

SGMF’s APAC membership comprises around 35 companies from segments including shipowners, ports and shipyards.