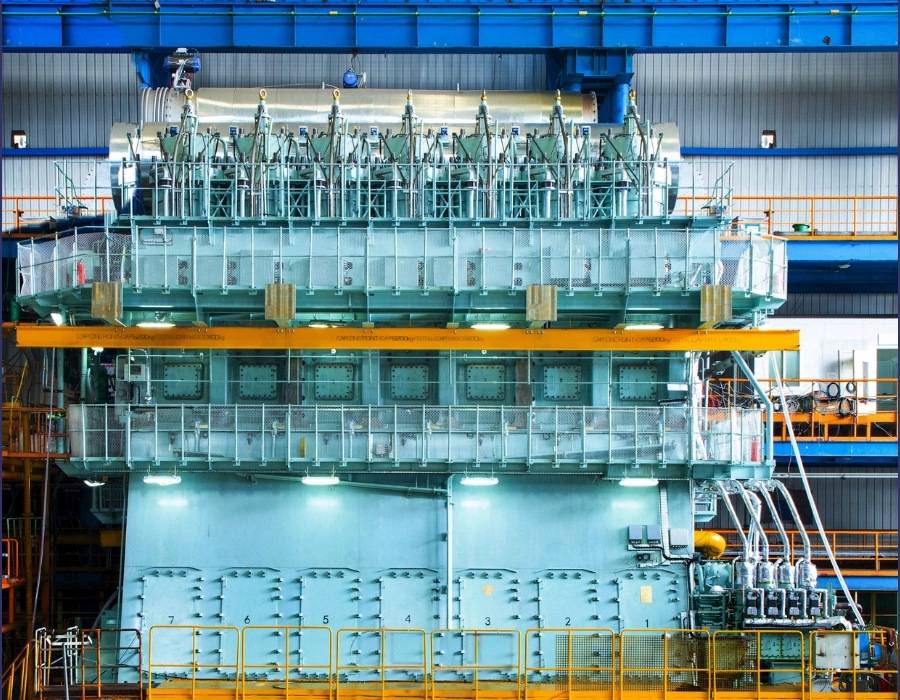 The ammonia-ready vessels, scheduled to be delivered in 2025, will be built at privately-owned Chinese shipyard Yangzijiang Shipbuilding.

The order follows a similar contract for four X92DF2.0 engines for a series of 14,000 TEU vessels earlier in the year. The 92-cm bore versions are already well established in the ultra-large container ship sector, and the debut reference for X82DF2.0 bridges a gap between smaller bore engines already ordered for applications in other merchant sectors.

“The new vessels, which will once again be LNG dual-fuel and ammonia ready, will contribute towards achieving our decarbonisation goal of attaining net zero carbon emission by 2050.”

“The first X82DF2.0 engines to reach market will be delivered to a customer that already has confidence in the ability of our new technology to reduce emissions and fuel consumption even further,” said Roger Specker, MD Singapore, WinGD.

“This order is also the perfect celebration for nearly a decade of cooperation with PIL, which first ordered our X72 diesel-fuelled engines in 2012.”

X-DF2.0 engines build on the reliability and emissions performance of the long-established X-DF platform, which has gathered more than one and a half million running hours since its market introduction in 2015. The platform offers a simpler installation than gas fuel systems centered around high-pressure engines, translating to lower capex and maintenance as well as reduced power demand from auxiliary engines.

WinGD now has 80 X-DF2.0 engines on order, highlighting strong ship owner interest in the next generation of the maritime market’s most mature low-pressure two-stroke technology for gas fuel.

HSFO380 supply has tightened in Malta, and weather disruptions are expected to delay bunkering further in Las Palmas and Algoa Bay this week.

The bunkering firm will not be doing business with Russian vessels, ports, companies (owned or majority-owned), suppliers and financial institutions.