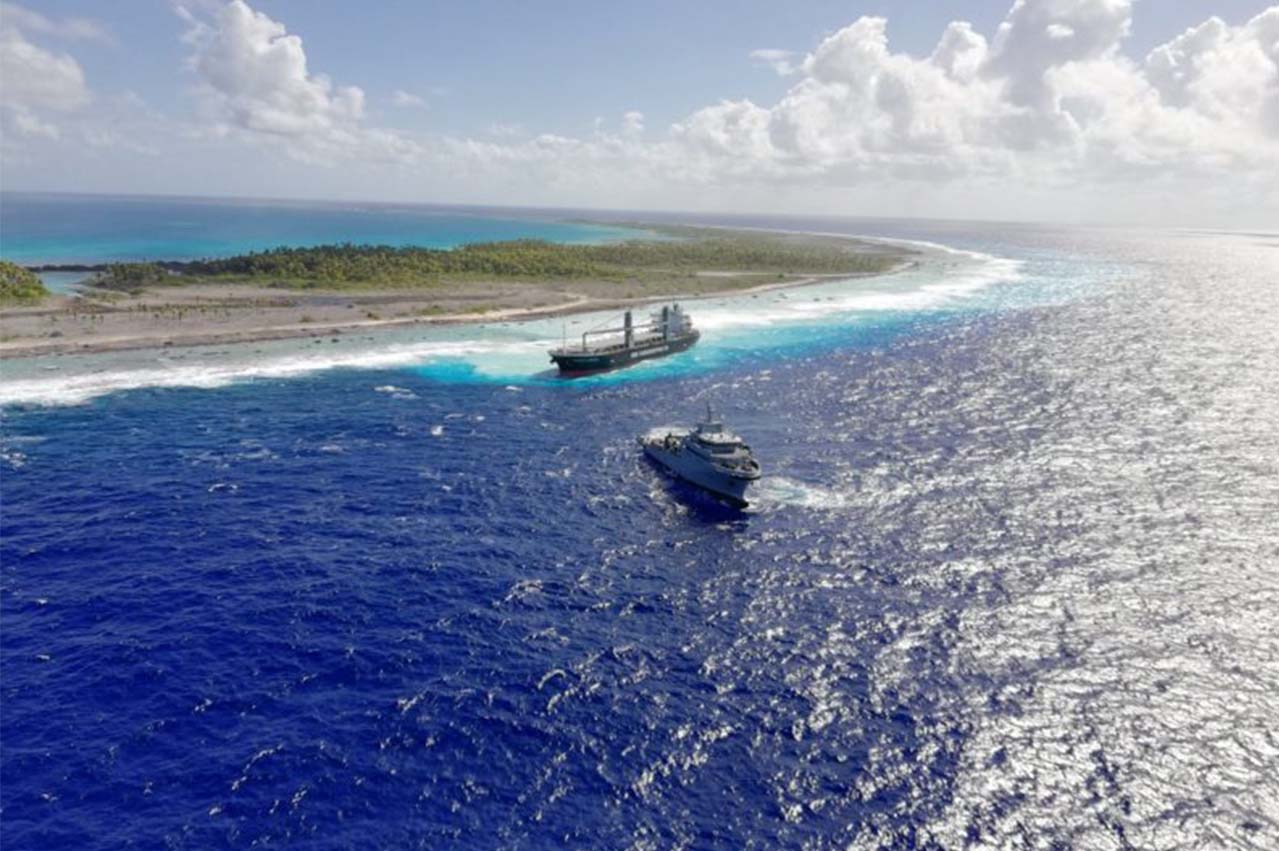 Trans-Tec took both TKK Shipping and Bomin Bunker Oil Corporation (Bomin) to court on 7 August, 2018 over a dispute between the parties as to the applicable contractual terms and provisions for a marine fuel sale and damage claims arising out of the vessel grounding.

“No complaints about the quality of the supplied fuel were made while the fuel was being stemmed onto the vessel or after delivery was complete,” says Trans-Tec.

On June 24 2018, the Thorco Lineage ran aground on a low lying atoll in French Polynesia after suffering an engine failure allegedly within 24 hours of switching over to the fuel supplied by Bomin, though a brokerage trade agreement with Trans-Tec.

The same day saw the charterers of the Thorco Lineage, through TKK, notifying Trans-Tec of the vessel grounding and engine failure, asserting a claim allegedly due to improper marine fuel supplied by Trans-Tec in Cristobal, Panama that was of poor quality and/or of the wrong fuel specifications agreed to by the parties.

Trans-Tec in turn notified Bomin of the vessel grounding and TKK’s claim; in response, Bomin advised Trans-Tec that the claim was over the 14-day time bar pursuant to a provision in Bomin’s General Conditions of Sale and Delivery contract.

Trans-Tec, in regards to the ground, also sent a surveyor to the Thorco Lineage to investigate the loss and alleged damages.

However, TKK “failed to cooperate with Trans-Tec by, including but not limited to, restricting Trans-Tec’s surveyor’s access to the Thorco Lineage, its crew, its records and samples of the fuel on board.”

In summary, Trans-Tec’s complaint against TKK and Bomin are as follows:

Vessel was discovered 110 nautical miles from the Tok Bali Estuary on 18 March and the Captain was unable to produce any identification documents, said MMEA.