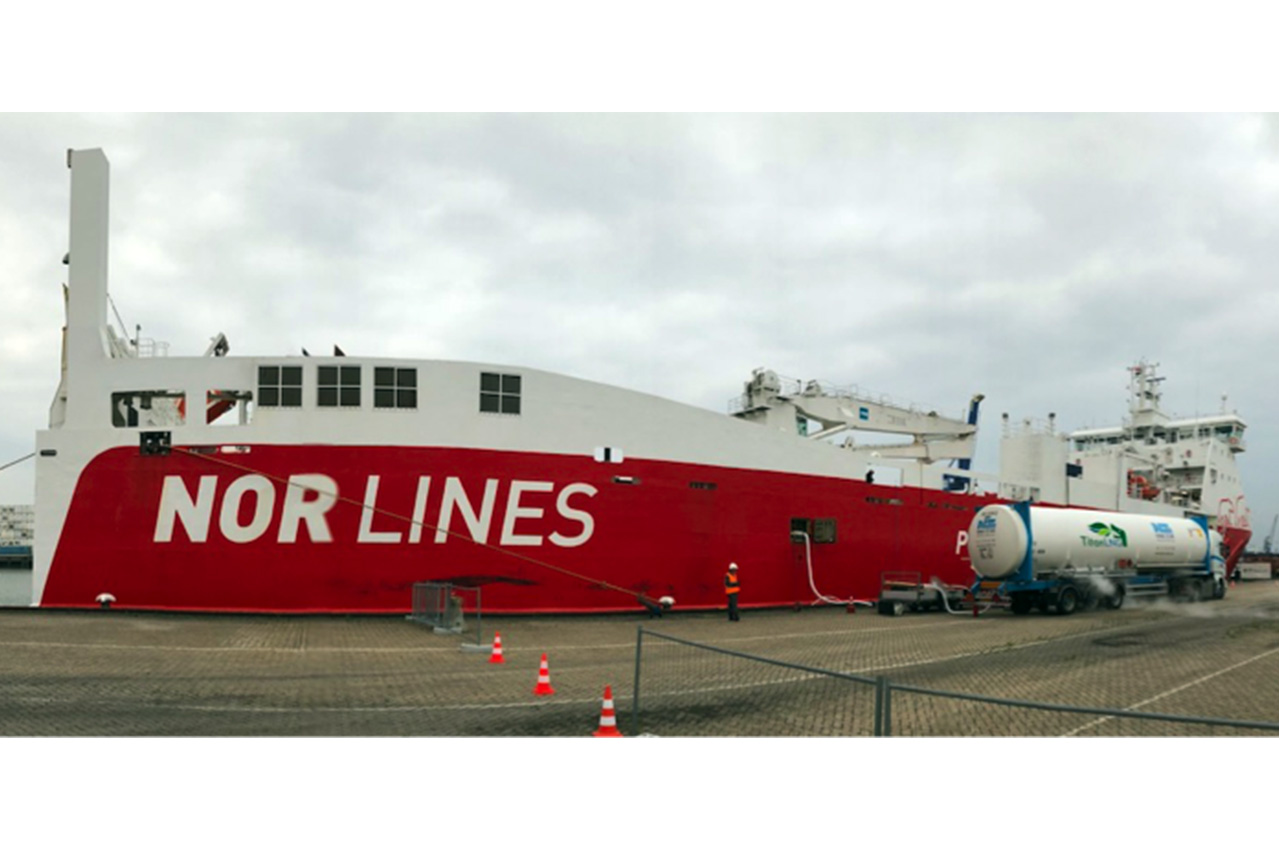 Liquefied natural gas (LNG) bunkering firm Titan LNG has announced Nor Lines as, a fully owned subsidiary of the shipping company Samskip, as its new customer.

Nor Lines has allocated its two LNG-powered multipurpose vessels, MV Kvitnos and MV Kvitbjørn, to a bi-weekly (liner) service from the SCA terminal in Rotterdam to the Norwegian coast.

“The ships are bunkering, like the Wes Amelie, with Titan LNG at the City Terminal in the Prins Willem Alexander harbour (port number 2790). The LNG is delivered to the vessels by trucks,” it says.

“The Port of Rotterdam and Titan LNG have set up the site temporarily to bunker LNG to sea-going vessels until there are sufficient LNG bunker barges available.”

The fourteen-day shipping service of the MV Kvitnos and MV Kvitbjørn runs through fourteen Norwegian ports such as Trondheim, Tromsø and Bergen. Both vessels have a capacity of 1,500 Lane ‘RoRo’ meters; 122 TEU containers, 1500 tons of refrigerated hold and a heavy load crane with 80 tons lift capacity.

HKSE: Brightoil Petroleum Holdings shares to be cancelled from 20 October, 2020

After failing to fulfil the resumption conditions set by HKSE, Brightoil Petroleum’s shares will be cancelled from 9:00 am on Tuesday, 20 October, it said.