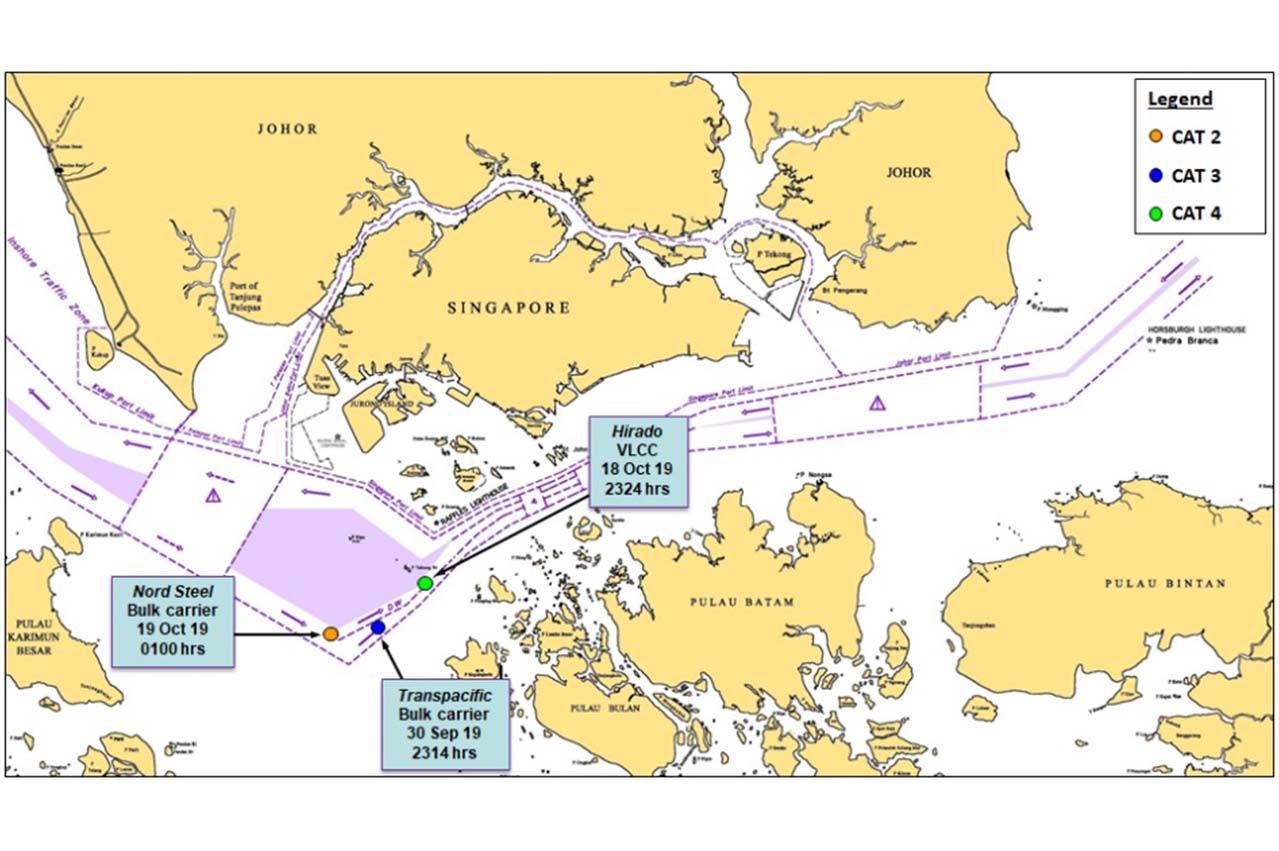 The Regional Cooperation Agreement on Combating Piracy and Armed Robbery against Ships in Asia (ReCAAP) on Wednesday (23 October) issued an alert highlighting three piracy incidents along the eastbound lane of the Singapore Strait within the last 20-day period.

All three incidents occurred to ships of Gross Tonnage between 43,000 and 160,000 while underway in the eastbound lane of the Traffic Separation Scheme (TSS) during hours of darkness between 2314 hrs and 0100 hrs.

All three incidents involved five perpetrators. Though there is no substantiate evidence, it is possible that the same group of five perpetrators boarded Hirado and then Nord Steel as the two incidents occurred within an interval of two hours and in close proximity to each other, suggested ReCAAP.

“With the occurrence of three incidents in close proximity to each other within a period of 20 days (on 30 Sep, 18 Oct and 19 Oct), the ReCAAP ISC advises all ships to exercise enhanced vigilance, adopt extra precautionary measures and report all incidents immediately to the nearest coastal State,” it states.

“The ReCAAP ISC recommends to the law enforcement agencies of the littoral States to step up surveillance, increase patrols and respond promptly to incidents reported by ships.”

Sinopec purportedly approached HLT for a stake in the terminal in early April, and is now evaluating the viability of the asset in terms of quality and price, reports Reuters.

Creditors must submit proofs to the liquidators KPMG services by Tuesday (3 November), according to the notice published in the government gazette.

CMA CGM’s containership was refuelled on 29 July 2022 with TotalEnergies-supplied biofuel in Singapore waters via ship-to-ship transfer.