The Maritime Industry’s Great Balancing Act: Ensuring Security and Efficiency in the Race to Digitise 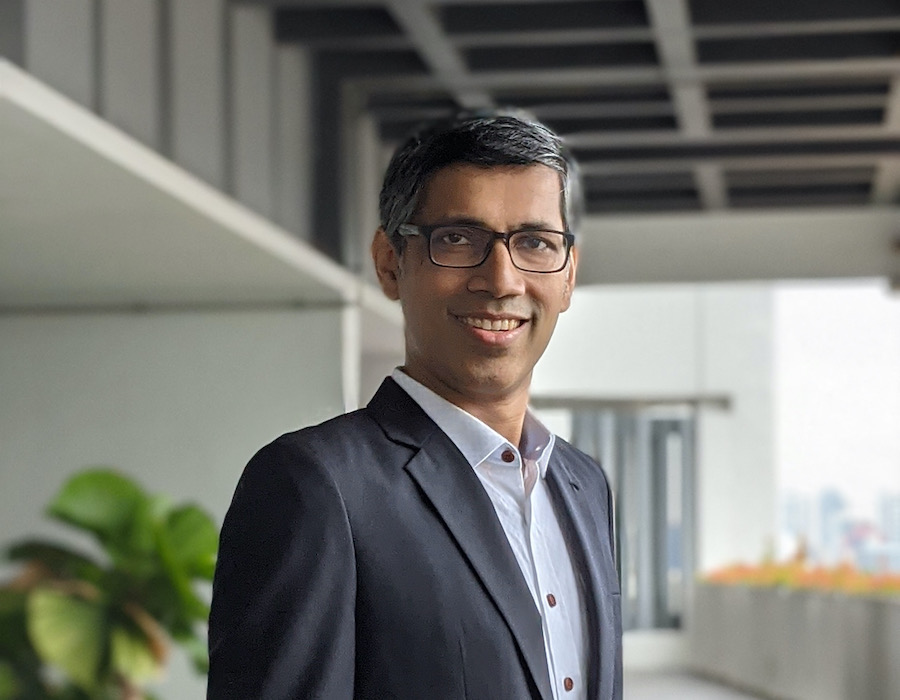 By Amit Ghosh, Head of Asia Pacific at R3

The rate at which businesses have adopted digital technologies and solutions has taken a quantum leap upwards in recent years. Even traditionally manual and paper-based industries such as the maritime sector have been nudged along, as priorities such as efficiency and cost effectiveness come to the fore.

Singapore has played a pivotal role in shaping the maritime sector’s digitalisation journey, with legislation changes, industry standards, and initiatives introduced to future-proof businesses and to strengthen the nation state’s position as a global trade hub. But as documents and processes migrate into the virtual realm or become automated, the risk of cyber breaches and hacks have become increasingly prevalent.

The maritime space, in particular, remains highly susceptible to attacks, with the number of incidents across the globe increasing by 900% from 2017 to 2020 and surging by 400% during the pandemic. Experts in Singapore have also affirmed that the sector “has been in the crosshairs of hackers”, although the threat of an attack on critical infrastructure is still low.

With Singapore and Asia’s dominance over the global trade arena—accounting for 50% of total trade volumes, it is imperative that cyber security keeps up with rapid digitisation. The industry is the backbone of global trade and the world economy, and a failure to safeguard information and operational systems against threats would be detrimental at scale.

Entities have progressively integrated emerging technologies into current workflows, such as utilising blockchain for electronic bills of lading, and big data for predictive analytics to improve the operational efficiency for shipowners and vessels, and in fleet management.

Even though digitisation has enhanced the efficiency of the maritime industry, bad actors are constantly experimenting with sophisticated tools and will come up with novel ways to target informational and operational technology systems. Furthermore, having data, ships, containers and rigs connected to computer networks greatly increases the possibility of hackers gaining access to datasets and systems. Criminals can easily identify areas of weakness, install malware or ransomware through methods such as phishing emails, and seize control of systems.

While Singapore has yet to experience the extent of damage caused by such cyber attacks, it is essential that businesses avoid being complacent, and ensure that preventive measures or business continuity plans are put in place.

Given the susceptibility of entities to cyber attacks, how will organisations be able to balance data security with efficiency as the maritime industry races to digitise?

Blockchain brings transparency, security, and automation to paper-based processes, allowing all parties along the value chain to drive down costs and increase efficiency, while hedging against the risk of hacks.

One of the key benefits that the maritime industry can reap from the adoption of the technology, is the streamlining of paper-based processes, which will bring about greater cost savings for organisations. At present, processes are lengthy—with an example being how parties are required to complete a slew of documents such as bills of lading, order forms, invoices, certificates of origin, before being able to transport goods from exporter to importer. Having most of these done on paper reduces real-time visibility and increases the risk of errors in data entry.

With blockchain, all records are encrypted and stored immutably—completely removing the need for intermediaries to consolidate and reconcile data, making it anti-fraud by design. In addition, blockchain can also facilitate effective data sharing between parties—permissioned blockchains enable businesses to transact in privacy, with information being shared with parties on a need to know basis with strict authentication requirements in place to access private information. This provides both disintermediation and decentralisation, while ensuring privacy and security.

The technology is also now capable of being deployed at scale: an example is the Spunta Project in Italy, where over 91% of the nation’s banks have been on-boarded onto the blockchain, and have successfully streamlined the interbank data transfer and settlements process.

Singapore’s customs have also recently launched a blockchain trial with the Australian Border Force which will allow businesses trading on Australia and Singapore’s trade routes to soon enjoy greater security, transparency, and seamlessness when exchanging trade information. These examples collectively point towards the benefit that blockchain is bringing to businesses.

The future of the maritime industry

The future of maritime is brimming with potential, with the increased adoption of emerging technologies sure to propel the sector to greater heights. While it is clear that blockchain is able to address the security threats that come as a result of industry wide digitisation, entities are still slow to adopt the technology.

Since most processes are predominantly paper-based, organisations may encounter great inertia to overhaul these legacy systems as they can prove to be costly and laborious at the start. In addition, many entities may be more open to other emerging technologies that are easier to understand. The lack of mass adoption has also driven some to view blockchain technology as “underdeveloped”.

The benefits of blockchain are ripe for the picking, with strong government support encouraging digital transformation initiatives for organisations to take advantage of the emerging technologies such as blockchain and Industrial internet-of-things. It is now time for industry participants to look towards adopting blockchain to reduce costs and increase efficiencies while guarding against potential cyber threats.

Introduction of the first LNG bunkering service in Turkey and establishment of an LNG bunkering hub is in line with BOTAS’ company policy, says General Manager.

Successfully completes gas-up and cool down operation for Pacific Emerald; including the transfer of 3,000m3 of LNG bunker fuel from FueLNG Bellina.