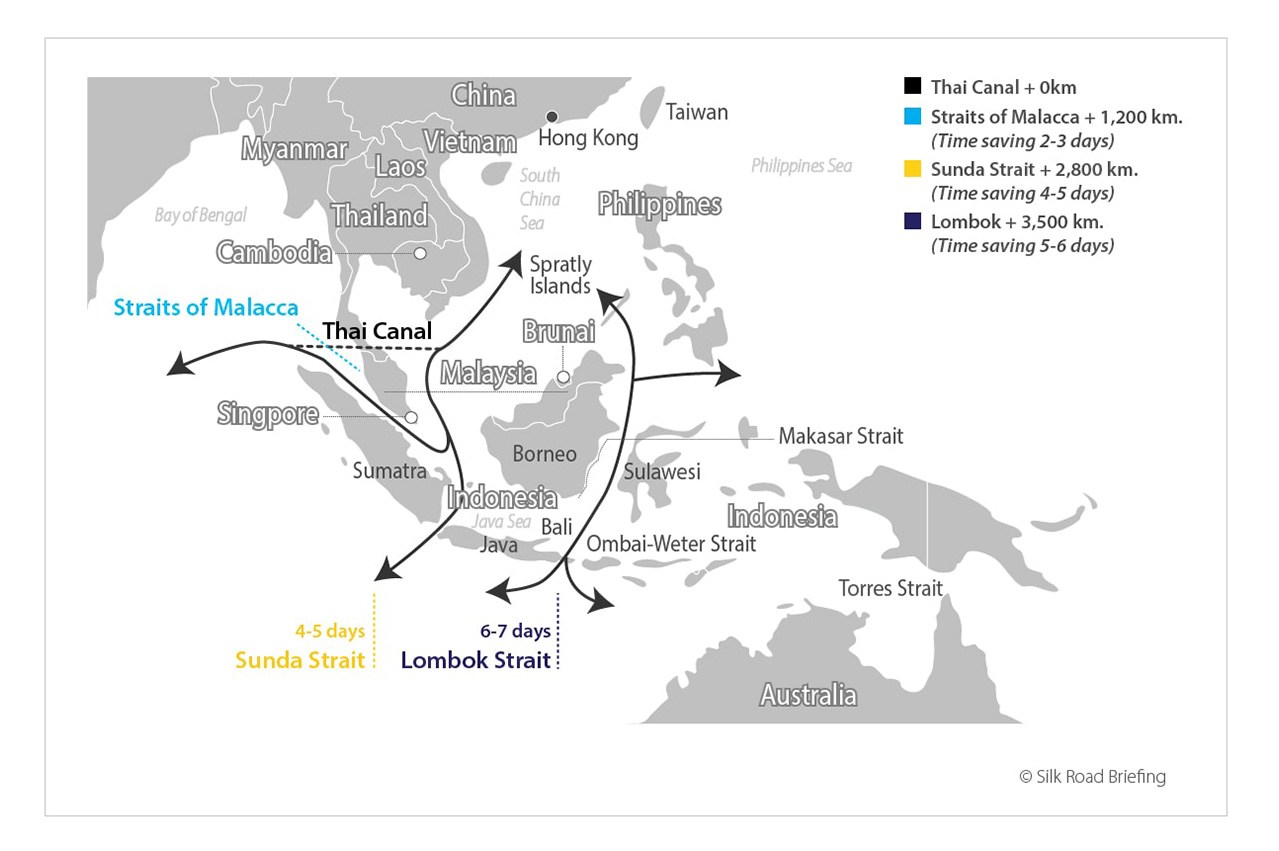 The Thai government does not have any policy on the construction of the Kra Canal to link the Indian and Pacific Ocean due to a need to prioritise other issues, clarifies a government spokesperson.

"There are still other 'problems' in the area, therefore they must be prioritised," said Lt-Gen Sansern Kaewkamnerd  in a statement, as quoted by Bernama.

He was responding to a movement led by other influential figures to have the canal built; the group has been encouraging the public to share their thoughts online on the project as well as the specially-composed songs in support of the realisation of the Kra Canal.

According to Kaewkamnerd, the Thai government was still reviewing the positive and negative aspects of the proposed canal.

Supporters of the project have called for the canal’s speedy construction, as it will be a boon to the shipping industry with commercial ships on the Indian-Pacific ocean route saving on cost for not having to traverse the Malacca Straits.

However, security observers in Thailand have voiced concern on the project due to its location in southern Thailand which for two decades has been the scene of a low-intensity conflict between government forces and militant groups.

They are also worried the construction of the canal would split the country into two and eventually, lead to the break up of the restive southern Thailand.