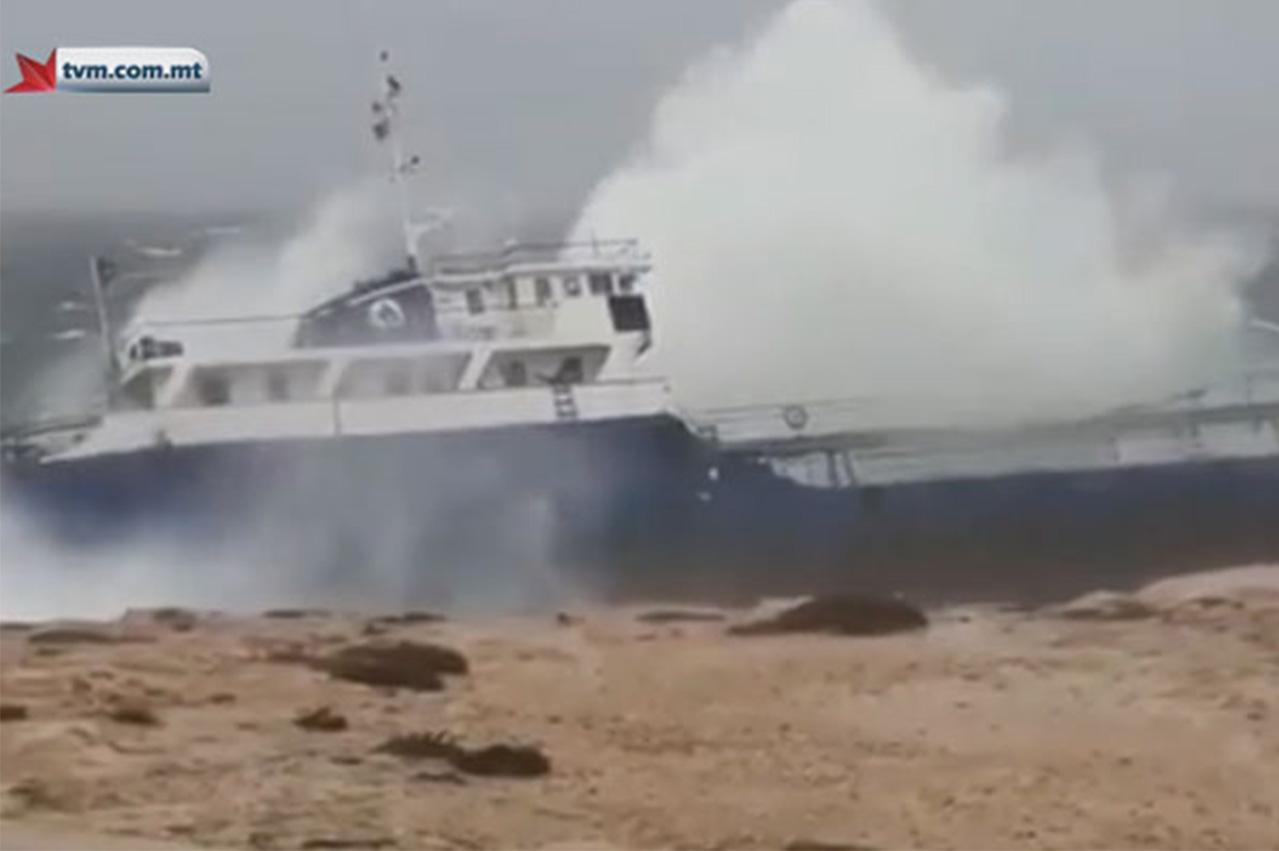 A storm caused bunker tanker Hephaestus to be beached at Qawra coast in northern Malta  on the morning of 10 February.

The vessel was beach at approximately 0530hrs UTC after her anchor was dragged by the storm to shore; there was no danger of her cargo of marine fuel leaking, according to reports.

The ship's seven-man crew of four Bangladeshis, two Russians and a Egyptian escaped to shore while its Bangladeshi captain was hospitalised.

The Togo-flaggged Hephaestus is a 885 deadweight tonne (dwt) vessel; its ship number is IMO 6519326. The vessel's shipmanager is Volont Maritime and owner is Orbiter Navigation Corp, according to a maritime database.

HyEkoTank project will retrofit an 18.600 DWT product tanker with a 2.4 MW fuel cell system by TECO 2030 and 4,000 kg compressed hydrogen storage for demonstration in 2024.

“Stena Pro Patria” the first of three methanol-fuelled vessels delivered in 2022; a further three newbuilds are due for delivery between now and 2024.