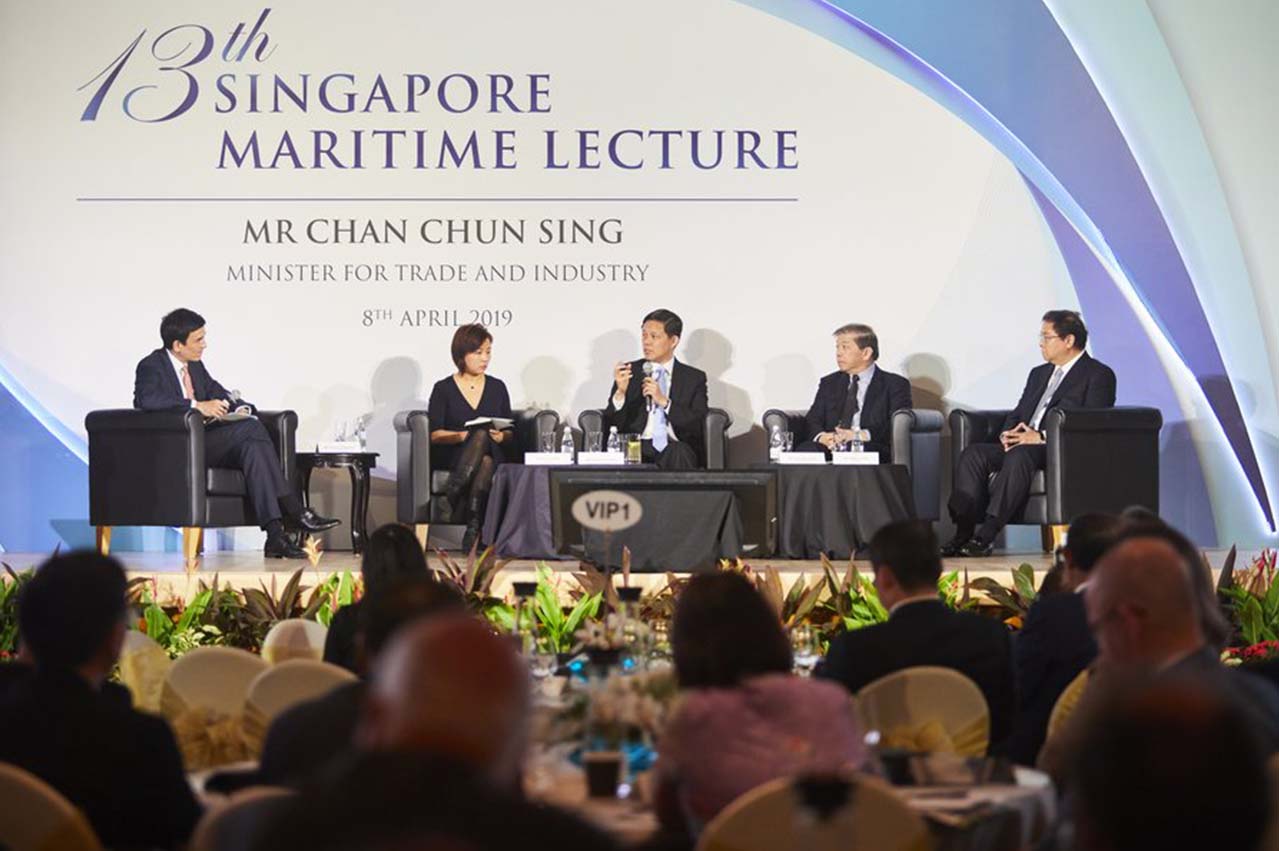 A discussion between top executive of Pacific International Lines, OCBC Group, 500 Startups, and Singapore’s Minister for Trade and Industry on global trade and technological developments applicable in the maritime industry took place as part of the 13th Singapore Maritime Lecture on Monday (8 April).

Andreas Sohmen-Pao, Chairman of BW Group and Singapore Maritime Foundation, the moderator of the discussion, noted that global trade volumes have grown at a slower pace compared to real GDP growth since 2011, as compared to 1990 to 2007.

Despite the slowdown, Samuel Tsien, Group CEO of OCBC Group maintained a positive view, noting that service trade – an important element of capital flow – has increased due to a growing middle class. And while more goods are being manufactured at the point of destination, which reduces trade, this is not a worrying sign, as long as the GDP of major economies continue to rise.

S.S. Teo, Executive Chairman and Managing Director of Pacific International Lines, shared that growth has shifted to Southeast Asia, Africa and Latin America. Intra-ASEAN trade would grow positively, with the ASEAN Economic Community expected to be the fourth largest market in the world by 2035.  Standing at more than 650 million, half of which are under 20 years old, ASEAN would have bigger spending powers in the years ahead.

On the impact of technology changes on trade and changing demand-supply patterns, Edith Yeung, Partner of 500 Startups, notes e-commerce will continue to take dominance, with many Internet giants paying more attention to the payment infrastructure of platforms that they invest in, such as Alibaba’s investment in Lazada.

In closing, in response to Sohmen-Pao’s question on whether Singapore government would continue to give proactive support to the maritime industry, Singapore Minister for Trade and Industry Chan Chun Sing gave a resounding ‘yes’.

If Singapore could leverage these five non-physical dimensions, the nation will go down in history as the first country to transcend her geographical size and location, he states.

Ocean Tankers to return most ships to owners to reduce $540,000 a day cash burn

OTPL’s judicial managers forecast that the company will not have enough cash by early November to manage the 150 vessels in its fleet, reports Reuters.

‘We are well positioned to provide any solution for 2020 when low sulphur regulations commence,’ says spokesman.