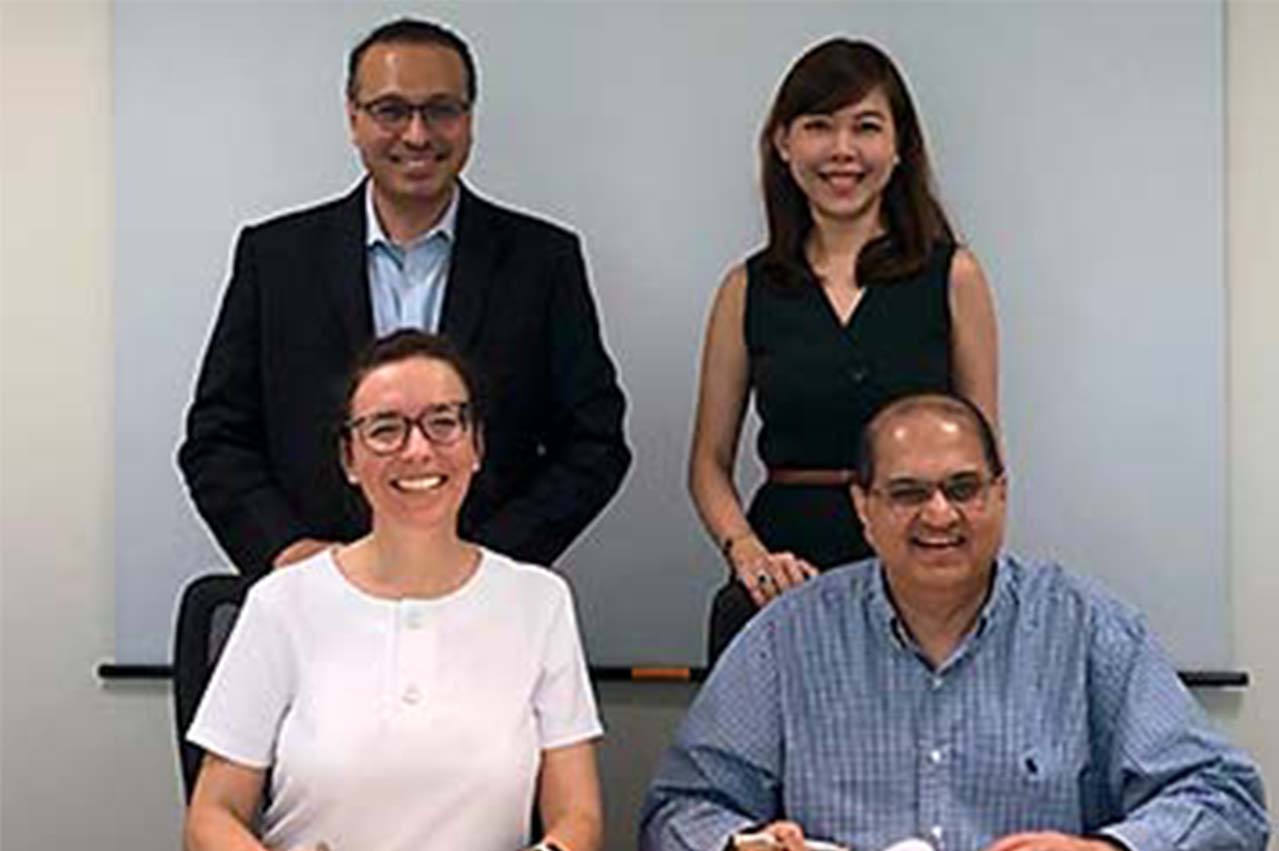 Abu Bakar Mohd Nor, Managing Director of Keppel O&M for Gas and Specialised Vessels, said: “We are pleased to partner with DNV GL in developing a suite of LNG related vessels that are ready to meet the needs of the market as the adoption of LNG as ship fuel increases.”

“Working with DNV GL enables us to demonstrate the strength of our vessel designs and the viability of LNG for ship owners. We have a strong track record in delivering LNG solutions including the first FLNGV conversion as well as LNG fuelled vessels.”

As the first delivery in the agreement, DNV GL will issue Approval in Principle (AiP) certificates for two LNG bunker vessel designs from KMDTech:

The LNG carriers are each designed to carry up to 7,500 cubic meters of LNG in Type C-tanks. An optimised deck arrangement for the modular LNG gas supply, filling and safety systems increases the cargo capacity and efficiency of the vessels. They are equipped with engines that can run on both diesel and LNG, and will also have a class notation for bunkering which enables the provision of LNG bunkering services if required.

In light of the upcoming IMO 2020 SOx regulations, LNG as marine fuel is viewed as one of the most viable options for deep-sea shipping. DNV GL’s Maritime Forecast to 2050, part of the research behind the DNV GL Energy Transition Outlook 2018, projects that more than 10 per cent of the world’s shipping fleet will be powered by LNG by 2030, compared to less than 0.3 per cent in 2019. The report anticipates that LNG powered vessels will make up 23 per cent of the world’s fleet by 2050.

In order to support this growth, an upgrade of LNG bunkering infrastructure is needed.

“One of the objectives of our collaboration with Keppel is to facilitate the increased supply of LNG bunkering infrastructure by being future ready through design approvals of different sizes of LNG bunker vessels, and LNG-related assets such as small-scale LNG carriers and FSRU,” said Johan Peter Tutturen, Business Director Gas Carriers in DNV GL.

Additionally, the parties will work together to establish round table discussions involving all stakeholders in the LNG-as-fuel value chain, including gas and LNG bunker suppliers, designers, shipbuilders, shipowners and operators, in an effort to increase the uptake in demand for LNG bunkering in Singapore and beyond.

The design and engineering collaborative office will be located at KMDTech Singapore, with Keppel O&M’s yards to undertake the project execution.

The 23,000 TEU containership received around 17,300 m3 of LNG, making it the largest LNG bunkering operation to ever take place, said Total.

The Hexagon Lincoln TITAN tanks are the only marine scale solution that combines lightweight with high pressure performance, says spokesman.

The ship-to-ship operation was carried out at the port of La Spezia with the bunkering vessel Coral Methane under the supervision of the Italian Coast Guard.

The first inland LNG bunkering ship in Europe will be loaded with LNG at the Gate terminal in Rotterdam.