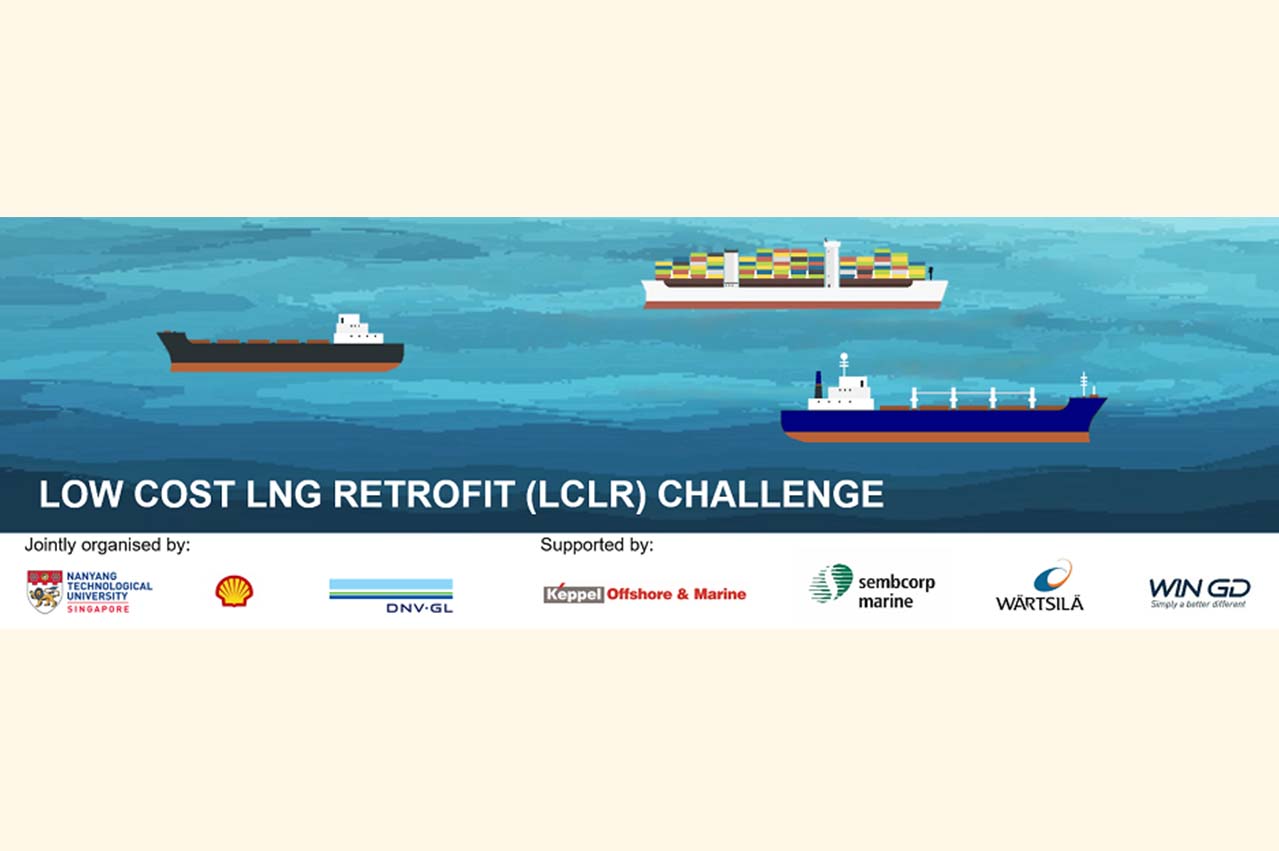 This would allow shipping companies to embrace cleaner fuels and reduce harmful emissions, including adhering to the International Maritime Organisation’s (IMO) stringent guidelines on ship emissions that comes into effect from 2020.

Held from July to December 2018, the competition attracted over 60 participants from NTU, the National University of Singapore, Singapore Institute of Technology, and Newcastle University Singapore.

Participants were encouraged to develop cost effective and radical LNG fuel gas system designs and installation concepts that could be retrofitted to an existing vessel with a conventional fuel oil system.

Two teams from the Singapore Institute of Technology (SIT) and one from SIT-Newcastle University were named as commendation award winners, with each group receiving SG $5,000 each.

The proposals include using manganese-steel as a cheaper and viable alternative to the current nickel-based steels, factoring in the material’s tensile strength and feasibility to store LNG fuel at cryogenic temperatures (below 150 degrees Celsius).

The competition is part of efforts of NTU’s Maritime Energy and Sustainable Development Centre of Excellence (MESD) to deepen Singapore’s maritime R&D capabilities and position the country as a global maritime knowledge and innovation hub. Launched in October 2017, MESD is jointly funded by SMI and NTU.