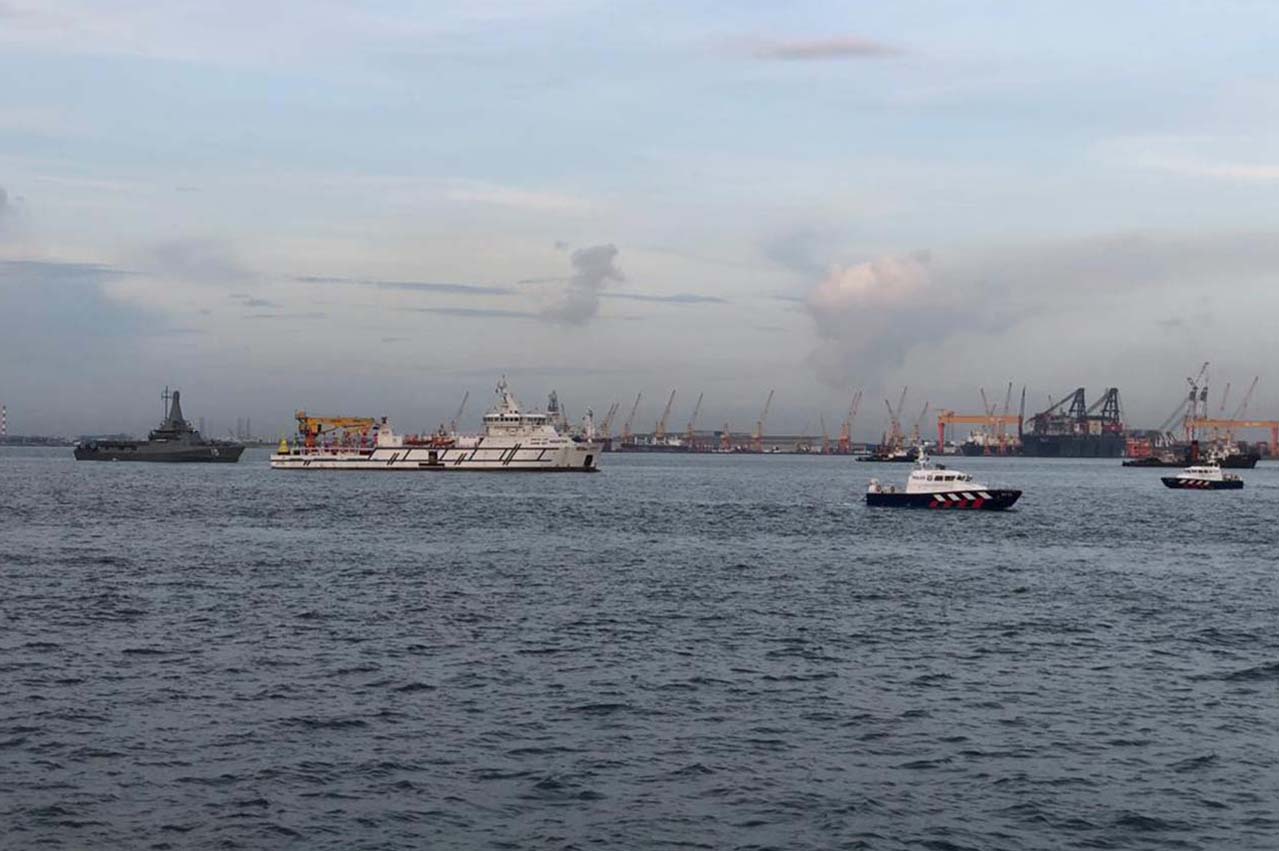 The Ministry of Foreign Affairs representatives of Singapore and Malaysia spoke on Monday (10 December) to discuss latest developments arising from the Declaration of Alteration of Port Limits for Johore Bahru Port published on 25 October 2018 and the Singapore Port Marine Circular No. 9 of 2018 dated 6 December 2018.

During the discussion, the Malaysia Ministry welcomed Singapore’s continued emphasis on the importance of dialogue, and its willingness to engage with Malaysia in resolving matters amicably, along with its consideration of Malaysia’s proposed agenda for the bilateral discussion.

It declined to return to the status quo prior to 25 October 2018 by immediately withdrawing all Malaysian Government vessels in the area, but was agreeable to Singapore’s counter-proposed dates in January 2019.

The Singapore Ministry, in return, welcomed the Malaysian government’s agreement to have officials meet in the second week of January 2019 to exchange views on resolving the Johor Bahru Port Limits issue.

However, it declined Malaysia’s proposal for both countries to mutually cease and desist sending assets into the disputed area effective 0000 hrs on 8 December 2018.

It also pointed out the presence of Malaysian government vessels in STW giving rise to tensions on the ground, and Malaysia risks causing an unintended and dangerous incident.

“Maritime boundary claims can be made under international law, in accordance with established procedures, without needing to have ships facing off against one another,” it states.

The republic adds it continues to call to Malaysia to revert to the status quo ante prior to 25 October 2018.

“This will avoid misunderstandings and potential issues on the ground. Malaysia’s deployments in this area will not strengthen its legal claim and can only heighten tensions,” it states.

“Malaysia will be responsible for any untoward situations on the ground that arise from continued deployment of its vessels into this area.

“The Singapore Government hopes to work with the Malaysian Government to find an amicable resolution of issues between the two countries in accordance with international law, and in the spirit of preserving our important bilateral relationship.”

ICIR investigates vessel which was forfeited to the government of Nigeria over illegal bunkering in 2015.