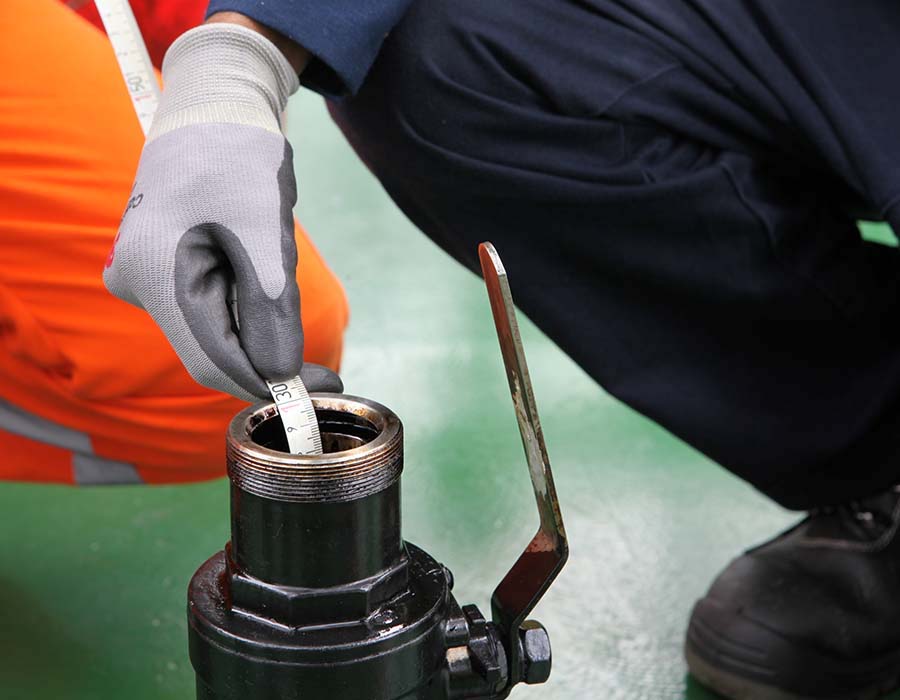 The Maritime and Port Authority of Singapore (MPA) in the week ending January 17, 2021 issued several measures to prevent the further spread of Covid-19 (Coronavirus Disease 2019) within the shipping community in Singapore.

Amongst initiatives were mandatory contactless bunkering operations to be conducted effective 15 January, a prioritised vaccination programme for bunker surveyors and shore-based maritime personnel, and the revised Port Marine Circular (PMC No. 04 of 2021).

Additionally, MPA had earlier introduced a stop in crew change operations in the week ended January 10 for the bunkering sector.

Singapore bunkering publication Manifold Times spoke to several sources within the marine fuels and surveying sectors; many were keen to support the initiatives but seemed to believe the latest changes could adversely affect waterfront operations.

“The intention is a positive one. I believe MPA has taken a pragmatic approach in enhancing Singapore’s continued positon as the world’s largest bunkering port while at the same time putting in place rules and additional controls to mitigate the spread of Covid-19 within the republic’s shipping sector,” said the Director of a Singapore-based bunker surveying firm.

“This is no simple task and the issue is a sensitive one as the port authority has got to balance requirements coming from government ministries while at the same time ensuring that bunkering and Singapore’s maritime sector does not come to a halt.

“To me, the surveyor’s role is now more important than ever as with the latest changes there will be not be a representative from the bunker tanker present onboard the receiving vessel during marine refuelling operations.

“As such, the surveyor has now got to ensure the mass flow meter (MFM) documentation, and other aspects of the operation, such as sample collection are well taken care of while passing the proper details back down to the bunker tanker.”

The owner of another bunker surveying company was pleased the Singapore government and MPA have prioritised vaccination for bunker surveyors and shore-based maritime personnel at no additional cost.

However, he opined that the introduction of contactless bunkering operations has created certain issues which needed clarification.

“With contactless bunkering, marine fuel suppliers are now pin pointing that sampling procedures conducted onboard a receiving vessel without the witness of a cargo officer or surveyor are not credible and not in compliance with SS 648,” he said.

“Surveyors will not be able to do their job if they cannot board the bunker tanker to inspect the security seals on the MFM bunkering system.

“Also, it seems certain players in the bunkering and surveying sectors have been caught unaware of any industry briefings on PMC No. 04 of 2021. The rollout of this PMC seems to be scattered as not everyone in the sector had the invite to the online briefing.”

Several parties contacted by Manifold Times were confused with the language used in paragraph 10 of PMC No. 04 of 2021 which stated:

Shore-based personnel who have carried out a job on board an ocean-going vessel in the port of Singapore must not, in the next 7 days, go on board a harbour craft or pleasure craft, to carry out a job.

In addition, they believed following paragraph ‘B’ of the Precautionary Measures for Contactless Operations document will lead to further disruption of operations. Paragraph ‘B’ states:

A bunker surveyor must not, for the duration of his/her assignment to carry out work onboard any receiving vessel, board any bunker craft for any purpose.

“We understand the seriousness of the Covid-19 situation and we also do not want to increase the local cases in Singapore,” said ABIS President Daniel Phua.

Phua noted certain words within PMC No. 04 of 2021, specifically ‘harbour craft’ and ‘pleasure craft’, were not clearly defined; which may result in confusion within the bunkering and general maritime community.

“Regarding the policy where a surveyor cannot be allowed to go onboard ‘harbour craft’ and ‘pleasure craft’ for seven days after working on an ocean-going vessel, we are unsure if the certain ships include ferry services such as launch craft,” he asks.

“If yes, the next question will be to ask how does the surveyor get transportation from the pier to the client vessel? At the very least, launch craft should be exempted from the restrictions as it is a means of transportation for bunker surveyors.”

Phua also voiced concerns from bunker suppliers that the new method of having bunker samples taken onboard the receiving vessel due to contactless bunkering operations creates issues in the event of disputes.

“Since IMO 2020 there have been cases of fuel quality problems. If the bunker tanker is not monitoring or ensuring that the proper sample is being taken from the vessel manifold, it may potentially cause bigger commercial losses in the event of a fuel quality dispute,” he explains.

“Since no one from the bunker tanker is now going onboard the receiving vessel, does that mean our Singapore bunkering standard SS 648 doesn’t apply during this period? If so, will there be an official exemption stating this and for how long a period?

“This is important as all bunker surveying firms are certified under ISO 17020 which assess the company under the SS 648 standard. If the surveyor cannot be assessed under SS 648, how can the company be certified to continue operations?”

“We intend to fully comply with the vaccination programme but would like to seek clarification on whether vaccinated personnel would still be subjected to the 7-day restriction of boarding harbour crafts as per PMC No. 04 of 2021,” Phua asks.

The Regional Manager of Asia at the International Bunker Industry Association (IBIA), meanwhile, says they are aware of the situation and are in the midst of collecting further information to assist MPA.

“We have received feedback from bunker industry stakeholders who have expressed concerns and need some clarification regarding the recent Port Marine Circular No. 04 of 2021,” noted Alex Tang.

“They support the Covid-19 precautions and procedures such as the increased frequency on Rostered Routine Testing (RRT) and vaccinations.

“As part of IBIA’s commitment to support the bunker sector, we are currently compiling a list of concerns and clarifications regarding the recent Port Marine Circular No. 04 of 2021.

“IBIA Asia will provide feedback from the industry to the Maritime and Port Authority of Singapore.”

Singapore-based bunker suppliers which Manifold Times spoke to anticipate operational disruptions in light of PMC No. 04 of 2021 which restricts shore-based personnel to board harbour craft and pleasure craft for seven days after working on an ocean-going vessel.

“Such a situation will result in an increased cost for harbour craft players if the movement of shore-based personnel such as service engineers are restricted,” said the owner of a bunkering firm.

“With PMC No. 04 of 2021, we are expecting these service engineering firms to split their teams which will result in either increased costs or delayed maintenance as their engineers who worked on ocean-going vessels will now not be able to get onboard bunker tankers.

“I have a business to continue and building upon the crew change restrictions implemented in early January, this latest development is going to be very challenging and we expect the cost to skyrocket.”

A source at another Singapore bunkering firm, meanwhile, believed the latest Covid-19 measures could be better managed if they were rolled out in a step-by-step manner.

“As an international shipowner, my shore-based staff have very specialised tasks to perform on both our bunker tankers and oceangoing ships; it now seems they can now only do one job every 7 days and this is going to cause a lot of delays,” he said.

“Further, this group is now being told to go for vaccination at the same time.

“I believe this flow can be better organised if they are first told to go for vaccination as fast as possible, and then be subjected to the 7-day restriction thereafter.

“We can use contractors for the same job but they will jack up the price as with the new changes maximisation on their side is no longer available.”

A BUNKER INDUSTRY VETERAN SPEAKS UP

“For physical bunker suppliers, the issue with contactless bunkering is how do we know the sample collection on the receiving vessel will be properly carried out when there is no surveyor in attendance,” he explained.

“Additionally, in the event of a bunker spill due to an unsecured flange connection, and the connection isn’t done by bunker tanker crew due to contactless bunkering, who would then be liable for damages?

“These are just some of the very basic things that need to be addressed.”

“Certain crew onboard bunker tankers have licenses that need to be renewed and they have to go back to their country of origin to conduct this administrative task,” he says.

“Also, it seems bunkering firms are unable to use local Singapore engineers to fill in for marine engineers with expiring licenses due to the stoppage of crew change. With such restrictions, does this mean the bunker tankers can temporarily operate even though licenses onboard have expire? It seems all these questions have not been answered.”

The latest Covid-19 measures also introduced a host of other issues for bunker cargo loading operations at terminals, shares Neo.

“Terminal personnel such as Loading Masters, Cargo Inspectors and the Mooring Gang [to connect the loading arm to the bunker tanker inlet manifold] have to jump from ship to ship, including oceangoing ships and bunker tankers, and communicate with crew and officers onboard as part of their jobs,” he says.

“Based on the present PMC No. 04 of 2021, all these cannot be done. I think the industry needs more clarity.”

Like the others interviewed by Manifold Times, Neo was supportive of the actions taken by MPA but believed more work needs to be done through engagement with the rest of the bunkering and surveying players.

“The bunkering and surveying sectors support the actions of the port authority, but the port authority needs to look at resolving certain operational issues and consult with them on how changes should be implemented,” he states.

“We also have to ensure that quarantine procedures are consistent and follow the Ministry of Health’s guidelines and requirements.”

Note from the Editor: PMC 04 was released on Thursday (14 January) and the industry interviews above were conducted between 18 to 19 January 2021. We believe the information provided is accurate in accordance to the dates before further announcements; Manifold Times is aware the relevant authorities are in the midst of taking action and it will only be a matter of time before the issues mentioned are completely resolved. #maritimesgsteadylah

Growing number of enquiries from shipowners wanting to know more about methanol has prompted development, notes Founder and CEO of Powerzeek.

Customers using the platform will be able to view details including quality of fuel delivered, operational timelines and quantity received per mass flow meter profiles.

Amy Barty comes from a senior position at a large energy trading house and will be relocating to Singapore.