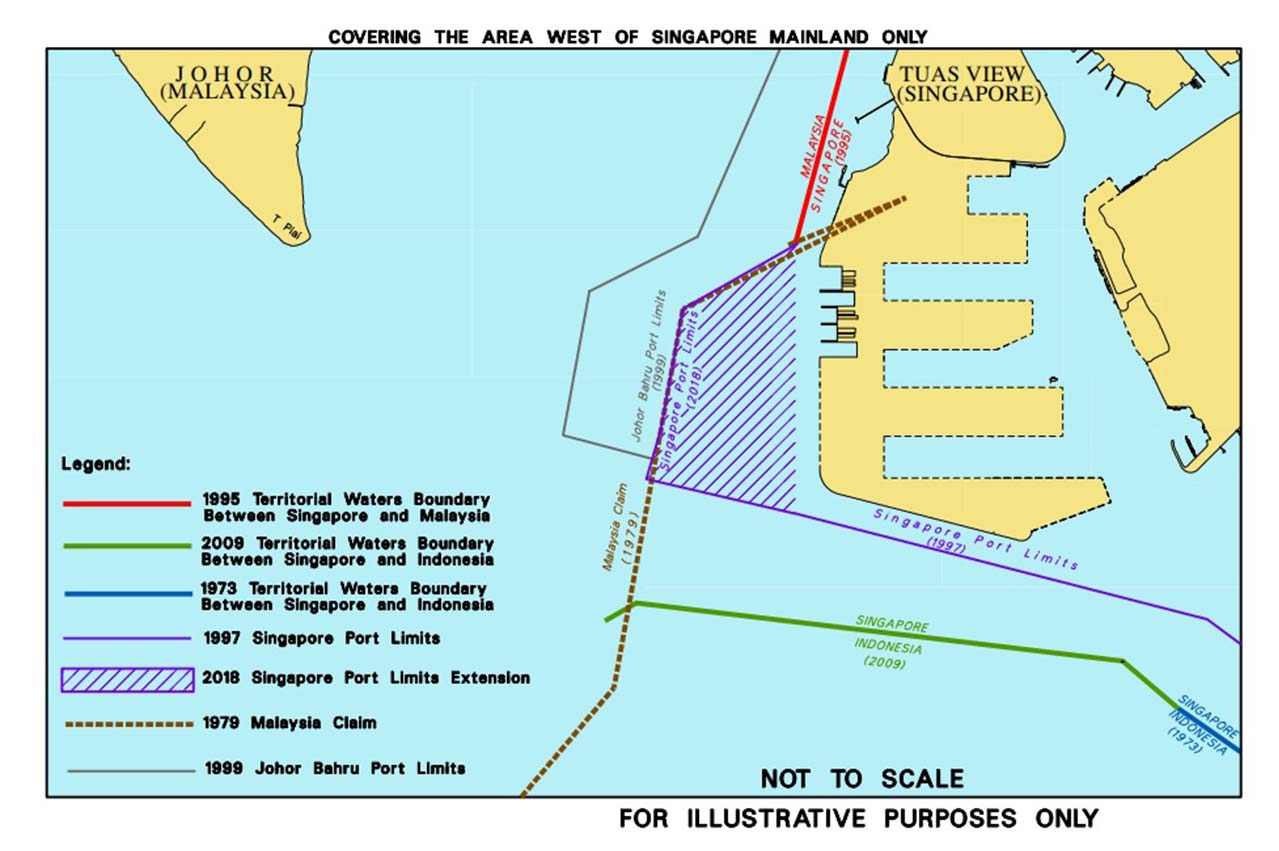 The extension is the latest development in a long line of exchanges between the republic and Malaysia spanning since 1979 (Chronology of Key Events available at bottom of article).

“On 25 Oct 2018, Malaysia issued Federal Government Gazette P.U. (B) 587 “Declaration of Alteration of Port Limits for Johore Bahru Port”. This unilaterally and arbitrarily extended the Johor Bahru Port Limits,” said Coordinating Minister for Infrastructure and the Minister for Transport Khaw Boon Wan in a statement.

“Quite apart from the fact that Singapore has never accepted their 1979 territorial claims, the recent purported extension of the Johor Bahru Port Limits goes beyond what even Malaysia itself claimed as its territorial waters.

“Since at least 1999, Singapore has been exercising its jurisdiction in the waters now covered by the recent extension of the Johor Bahru Port Limits. We have been patrolling the area regularly, and protested any intrusions or unauthorised activities. Malaysia has never laid claim to these waters, or protested our actions there.

“Now, out of the blue, Malaysia is claiming these territorial waters that belong to Singapore. Without any prior consultations, Malaysia is seeking to alter unilaterally the long-standing status quo in the area.

“This is a blatant provocation and a serious violation of our sovereignty and international law.”

He noted to date there have been 14 intrusions from Malaysia government vessels since Malaysia’s declaration on 25 October.

Moving forward, Khaw noted a proposal by Malaysia to meet with Singapore officials to work towards an amicable resolution.

“Singapore naturally agrees to this and will follow up. It has always been our view, ever since Malaysia published its first map in 1979, that the boundary line in this area can only be settled in accordance with international law and practice, through consultations between the governments involved,” he stated.

“Meanwhile, Malaysian Government vessels should cease their intrusions and return to the status quo before 25 Oct 2018.”

Chronology of Key Events since 1979

Malaysia: MMEA detains tanker for anchoring without a permit in southeastern Johor

Vessel was discovered by the patrol team out on Operation Jaksa at 10.30 am around 4.2 nautical miles southeast of Tanjung Piai, said Johor Maritime Director.