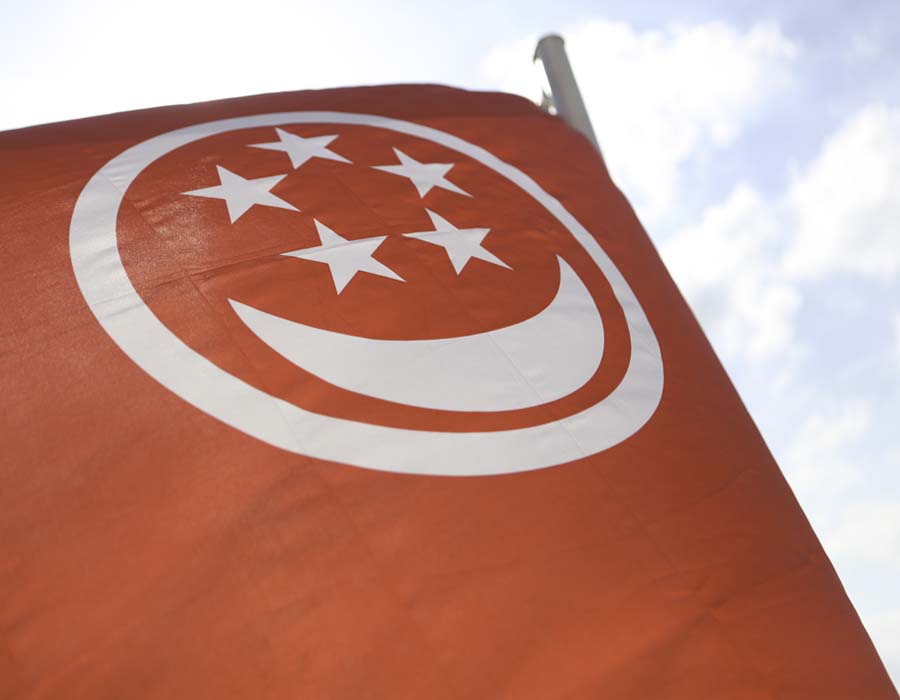 The Singapore government increased efforts to further contain the Coronavirus Disease 2019 (COVID-2019) with the implementation of a national circuit breaker policy from 7 April to 4 May.

Singapore bunkering publication Manifold Times took to the occasion to conduct an industry survey by asking local players from the marine fuels sector on how the government can help out more amidst COVID-19.

The following are the results from a series of short interviews largely conducted with bunker industry management level figureheads in the week ended 12 April.

Credit due to the Maritime and Port Authority of Singapore (MPA)

Overall, marine fuel players gave the Singapore government and MPA a pat on the back, acknowledging a job generally well done amidst handling of the COVID-19 pandemic in the republic and on the waterfront.

“I think the government is doing a good job by being helpful, responsive and proactive during this period,” said the owner of a local bunker supply firm.

“We were pleased to be directly contacted by the MPA right after Prime Minister Lee Hsien Loong’s speech when he introduced the concept of essential services [on 3 April].

“We didn’t understand if bunkering was part of the essential services and even before we could ask, a MPA representative called our company and assured that we fell within the category.”

The Director of an international bunker surveying company was firmly positive of MPA’s conduct and performance during COVID-19.

“COVID-19 and other factors have lately caused everybody to be a bit nervous, but there is some concern when certain bunker tanker operators do not allow surveyors to come into the vessel’s control room due to fear of transmission.

“I understand shipowners and bunker tanker operators are worried and they are all trying to protect their own houses. It will be good if MPA can continue to monitor and tighten the situation. Further fine tuning in this area can be useful.

“If you having hiccups on a personal level, whether on the bunker tanker or surveyor or the ship, it doesn’t mean MPA should be faulted. Their various circulars and advisories are world class and we have distributed them out to our international survey teams.”

Further interviews with bunker surveyors found a call for direction on the roles and responsibilities of bunker surveyors, bunker tanker crew and cargo officers during bunker deliveries amidst COVID-19.

“Many bunker suppliers are not having their cargo officers board the receiving vessel to sign documents and conduct the pre bunkering briefing,” said the Director of a bunker surveying firm.

“It is understandable for the bunker tanker crew to have the ship crew connect the bunker manifold themselves due to social distancing, and I believe the intention is vice versa for the ship’s crew.

“However, the most important part is to have a supplier representative such as the cargo officer on board the receiving vessel for pre bunker briefing and to avoid any miscommunication which might result in oil pollution.

“In addition, the cargo officer is also responsible for documentation in the post bunker operation and witnessing of sampling to avoid any claims that might happen during bunkering.”

The Managing Director of another bunker surveying firm says he has heard about bunkering operations encountering losses of 80 metric tonnes (mt) during a bunker delivery of 1,000 mt due to surveyors not being allowed to board the bunker barge.

“What can you do if you are refused by the bunker barge to go down to check the mass flowmeter (MFM) system? Before COVID-19, there was formalisation before issuing the Letter of Protest such as rechecking the vessel and bunker barge,” he explains, while clarifying the situation applies to only some barges at Singapore.

“Now, since the surveyor is not being allowed to go down to the bunker barge due to supplier’s company protocol, the opening and closing of the bunkering operation goes unchecked. It will be good to have MPA implement some form of formalisation during this period.”

The Operations Manager of an overseas bunker surveying firm notes surveyors are now performing extra roles due to cargo officers not coming up to the receiving vessel to sign documents.

“Before, it is the cargo officer’s job to explain to the receiving vessel during pre-delivery conference what is the pumping rate, how many tanks are being used, and mode of communication during bunkering operations. Now, we have taken over that role,” he says.

“Some suppliers now only allow a single surveyor and no crew to come on board to inspect the bunker tanker. If no surveyor is present, they just pump and go. The role of surveyors is even more crucial during this period.”

The owner of a local bunker surveying firm noticed several bunker suppliers making their own standard operating protocols which involve banning surveyors from their bunker barges – which may contradict TR 48.

“We hope MPA can issue a general guideline to address marine personnel who are in contact with vessel crew in line with our DORSCON,” he says.

“Although we support the national fight against this pandemic, there is much confusion and mistrust arising from this. We hope MPA could urgently address this issue by stepping up to clarify things.”

“The TR 48 standard mentions very clearly that the cargo officer, chief engineer and bunker surveyor (when appointed) need to have a pre-delivery conference together before any start of bunker operations,” a Singapore bunker industry veteran explains.

“This is very important as it relates to the safety, health, environmental checks, review of pre-delivery safety check list and communication links during the bunker transfer operations, plus other pre delivery documentations.

“This is set out in the TR 48 under section 10 for metering procedures. Kindly note, we are using the TR 48 as the standard for now as the SS 648 will only be in place from 1 May onwards.

“So, suppliers will need to come out measures or proper guidelines for on board both the vessels; unless there is an exemption given by the MPA that certain standards in the TR48 or SS600 or SS648 need not be complied with.”

The introduction of stricter COVID-19 policies during the earlier part of the year has in turn led to some players being caught off guard, resulting in several bunker tankers being operated by crew performing beyond their contractual period.

“The subsidies and measures for businesses which the government already implemented for COVID-19 is good enough to me. But my Indonesian crew has not been changed and this is affecting business,” shared the Director of a local bunker supply company.

“Morale of my bunker tanker crew is very low now and they are complaining; some of them are even refusing to work as they want to go home and miss their families. These crew are also issued a NTL (not to land) instruction from ICA and cannot come onshore.”

A management level source at a bunker supplier, meanwhile, said the company is also facing manpower issues and explained the cause of the problem lies with stricter measures taken by the Ministry of Manpower (MOM) and Immigration and Checkpoints Authority (ICA) that have formed a bottleneck to restrict the influx of fresh crew into Singapore.

“MPA is encouraging crew changes; but MOM doesn’t allow the approval for work permits while ICA will not want more imported cases as the crew is coming in from overseas,” he says.

“I understand MPA is assisting bunkering firms and trying to resolve this issue. However, much of it still falls back to MOM and ICA. We sincerely hope this gets resolved soon.”

“We need support to sustain this critical moment when crew changes are an issue,” adds the owner of another Singapore-based bunkering firm.

Suggestions from the bunkering industry

Some bunker players contacted by Manifold Times offered suggestions to help the sector.

“In regards to current bunker operations amidst COVID-19, it will be good if MPA advises bunker stakeholders to have their cargo officer on board the receiving vessel to go through the safety check list briefing and other relevant documentation as required,” said an industry observer close to the surveying sector.

“This could prevent any potential safety incidents such as oil pollution. Hose connection should be carried out by crew of the bunker tanker with one representative from the supplier stationed on board the receiving vessel for communication and for a smooth bunker delivery operation.

“Perhaps, we can also have only the attending surveyor representing the receiving vessel to be allowed to board the bunker barge for seal checking and meter recording.”

Moving forward, the management executive from a bunker supplier notes now will be a ripe time for the Singapore port authority to consider several initiatives to lower the operating cost of local bunker suppliers.

“It will be helpful if the MPA can consider reducing the annual harbour craft dues of bunker tankers as this is one of the operating cost for them,” he says.

“Another suggestion is the reduction of the number of MFM zero verifications which is currently four times during its first year of operation; perhaps this can be reduced to three times per annum for the first year.

“The implementation of the Master Meter as an alternative source for checks on MFM accuracy, since it is accurate and fast, can be done locally to reduce downtime for bunker tankers to save on cost and turnaround.

“Lastly, it will be prudent to start developing guidelines for bunker tankers should the crew be diagnosed with COVID-19.”

Intended principal business activities of Straits Port Management Sdn Bhd are to carry on the business as an Investment Holding Company.

Singapore bunker fuel sales volume down 5% on year in September

CEO sees the development of domestic tourism as motivation to count on the restoration of passenger traffic and to harness the potential of the river market segment.