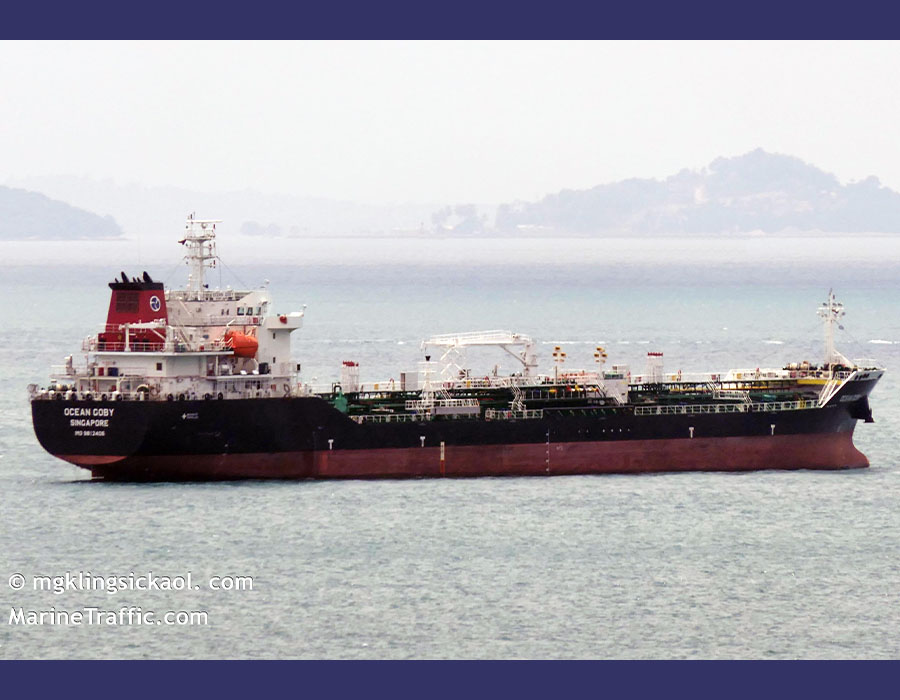 The Bank of America, N.A., Singapore Branch has raised a total of USD 8.8 million from the sale of the 11,999 dwt oil/chemical tanker Ocean Goby through a Singapore court auction held on 10 February, according to a Friday (18 January) post on the Government Gazette.

“All questions affecting priorities or the validity of the claim of any party to the proceeds of sale of the Vessel except as herein provided and affecting the amount of any such claim shall not be determined until after the expiration of 90 days beginning with the day on which the proceeds of sale are paid into Court.

“Any person having a claim against the ship or the proceeds of the sale thereof on which they intend to proceed to judgment should accordingly do so before the expiration of that period.”

Manifold Times in January reported the Ocean Porpoise being sold for USD 9 million.

The publication in early September 2021 reported the Ocean Porpoise, together with Ocean Goby, Ocean Manta, and Ocean Jack, being arrested between 23 to 29 August 2021 following a winding up order against Ocean Tankers (Pte.) Ltd (Singapore UEN No. 197800020G) made at the General Division of the High Court of the Republic of Singapore on 16 August 2021.

The Ocean Manta and Ocean Jack has fetched a total of USD 18.8 million through a Singapore court auction held on 28 October 2021.

The development follows an earlier report published in early August 2021, where joint and several Judicial Managers of Ocean Tankers submitted an application for the winding up of the company to the General Division of the High Court on 12 July 2021.

Earlier reports regarding the above development can be found below:

‘Over 30 different companies have submitted deals since we launched the new methodology in June,’ it says.