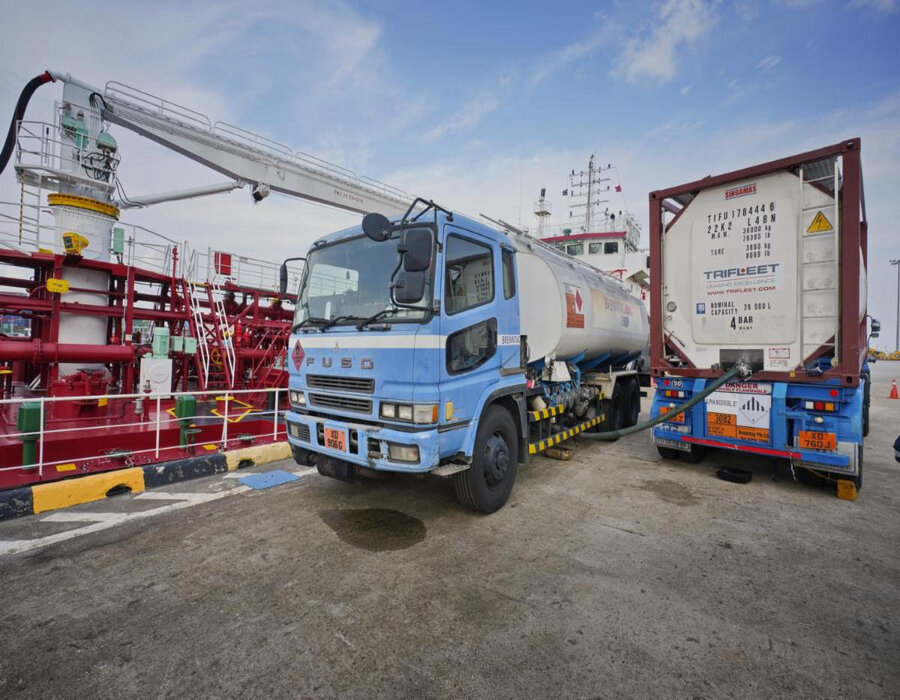 The global mining conglomerate Anglo American has successfully trialled the use of sustainable biofuel to power a chartered bulk carrier ship during a voyage from Singapore to South Africa.

The trial was conducted onboard the Frontier Jacaranda, a “capesize” bulk carrier – too large to transit the Suez Canal or Panama Canal – owned by Japanese shipping company NYK Line. It was instrumental in verifying the stability of the biofuel in storage and its performance as a fuel.

Data gathered is providing new insights into wider efforts to introduce biofuel to the maritime sector, paving the way to improving its cost-effectiveness and using higher percentage blends in future trials.

The conversion of waste cooking oil by Alpha Biofuels into biodiesel for transportation, aligns with the principles of the circular economy, by providing a fresh and environmentally beneficial use for what would otherwise be disposed of.

The establishment of the procurement and regular use of biofuel, which are expected to reduce Greenhouse Gas (“GHG”) emissions at the Port of Singapore, the world’s largest marine fuel market, will help to shift towards a carbon-free society.

The maritime transport industry, which accounts for at least 2% of the world’s GHG emissions, is facing up to the issue of reducing emissions, as the volume of maritime transportation is expected to continue increasing against the backdrop of growth of the global economy.

In 2018, the International Maritime Organization (IMO) adopted a strategy for reducing emissions from ships, setting a target of 50% emissions reduction, compared to the 2008 level by 2050. 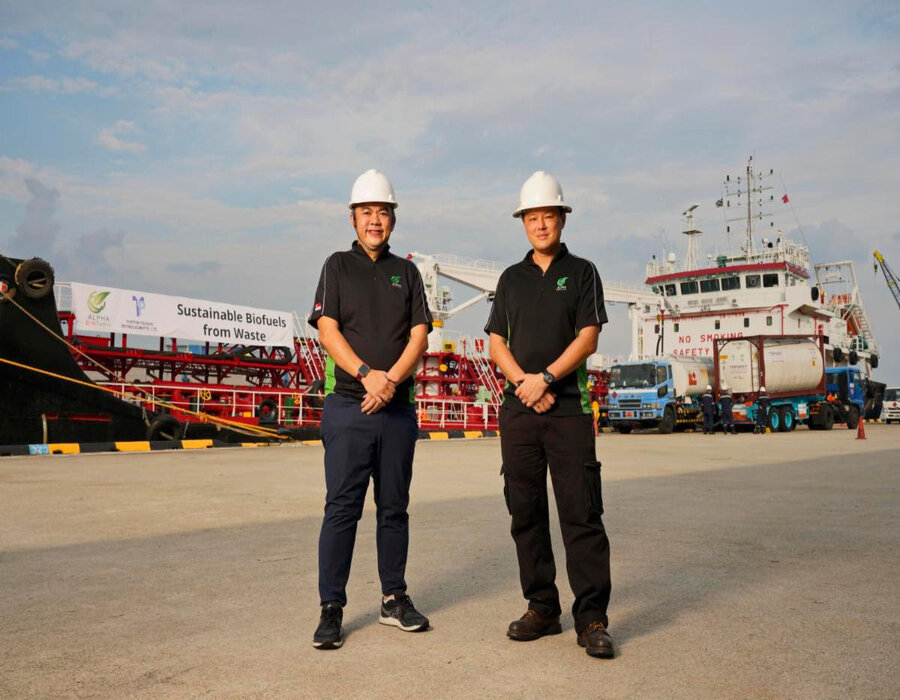 Singaporeans Allan Lim, CEO and co-Founder, on left, and Jack Ling, COO and co-Founder) – pictured on the wharf during the fuelling of the bunkering vessel Marlin Tiga on 9 June – believe Alpha Biofuels can scale up considerably at their plant in Tuas Singapore where they currently turn Used Cooking Oil (UCO) into Biodiesel Fuel (BDF).

Recommends landing bunker fuel samples at the vessels next port of call outside of China between 1 to 9 October in order to avoid transit delays.

Vessels will be time chartered out to the firm’s long-standing customers TOTAL Energies and Equinor and are owned by a joint venture of Hafnia and CSSC Shipping.