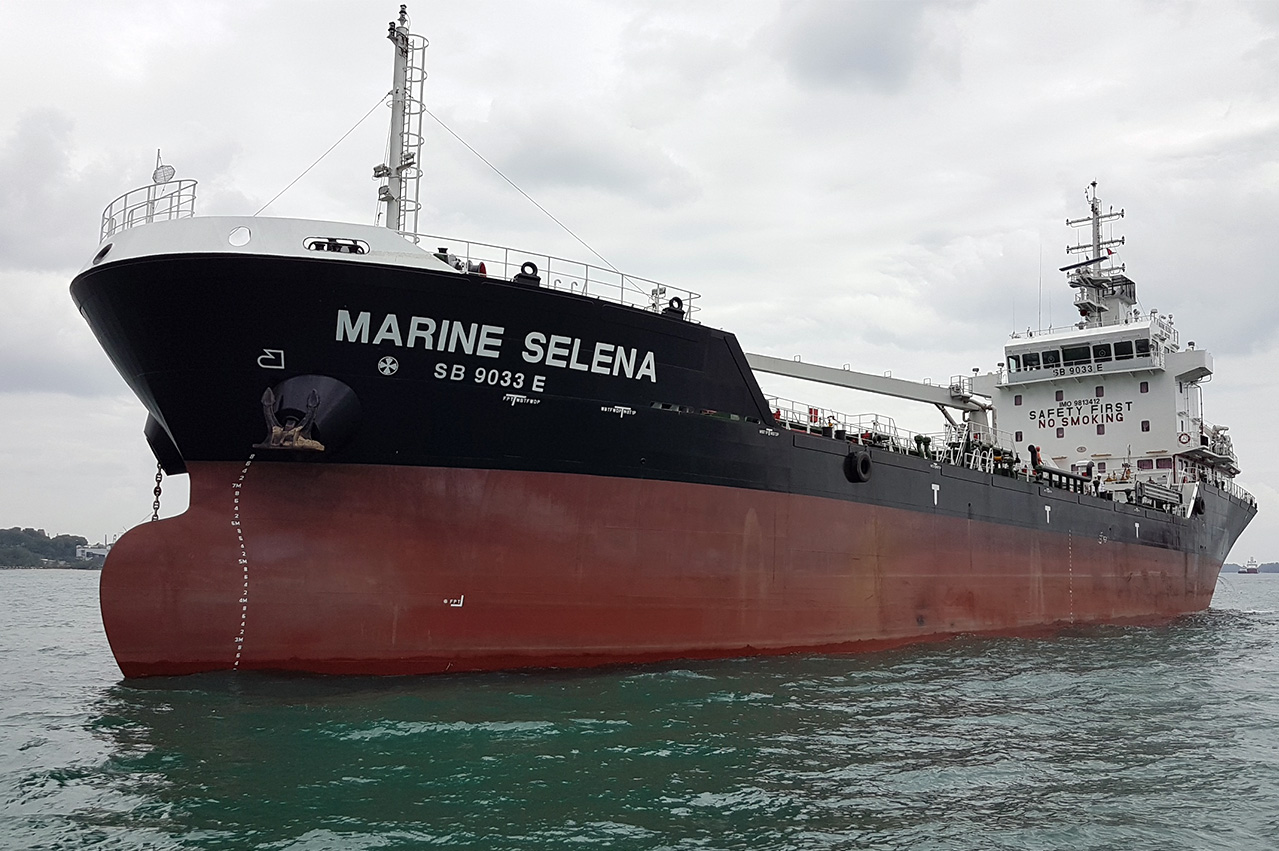 The 6,000 deadweight tonne (DWT) Marine Selena arrived at Singapore port on Tuesday and is expected to start delivering bunkers by early January 2018.

"The ship is currently undergoing mass flowmeter installations and commissioning tests have already been scheduled for the next phase," a company source told Manifold Times.

"It will be carrying marine fuel oil, and is also equipped to supply marine gas oil, to receiving ships at the republic."

The Marine Selena is the fourth of five sister ships which arrived in Singapore port over a span of the past 6 months. The series of ships was designed by local firm SeaTech Solutions International and built by Zhejiang Shenzhou Shipbuilding in China.

Sinanju is a Singapore-based small-medium enterprise which owns, operates and manages a fleet of twelve modern double-hulled tankers, currently supplying bunker to ships calling at Singapore and Fujairah. They were presented the Singapore International Maritime Awards 2017– Bunker Award earlier this year and a frontrunner in building dual-fuel (LNG/MFO) propelled bunker tankers.

Desmond Chong, General Manager of the Sinanju Group of Companies recently contributed to the Expert's Opinion column of Manifold Times.

Appointed Liquidator has called for all creditors to send in their names and addresses and particulars of their debts or claims by Monday, 5 April 2021.

The 74,000 dwt capacity LR1 tanker, will be supporting the company’s operations in the Mediterranean said Peninsula Petroleum.

Plans for development of port infrastructure for bunkering, and the exporting of green hydrogen and derivatives in the Port of Halifax and Port of Hamburg.