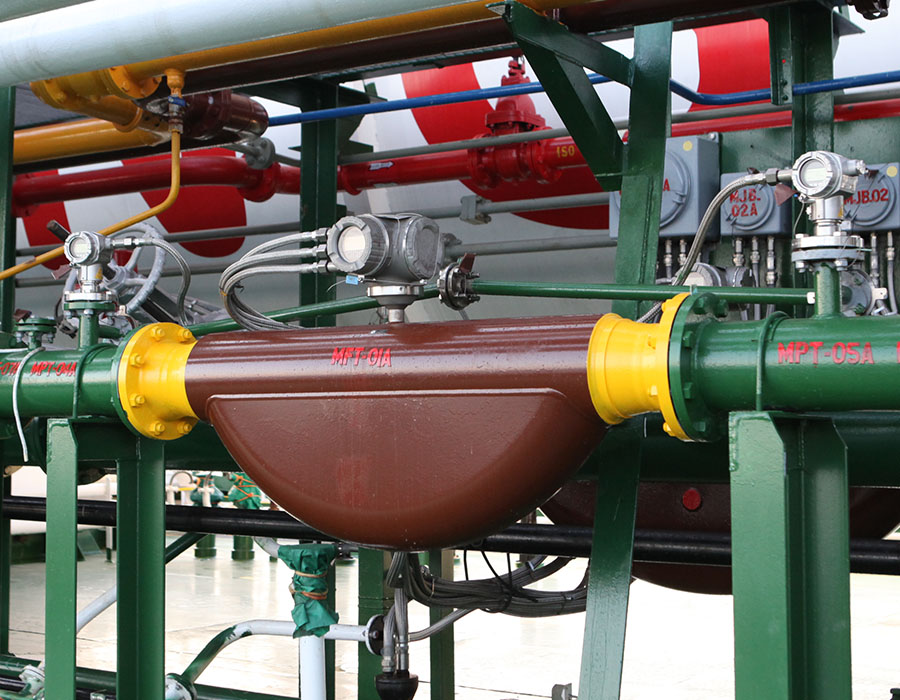 Editor: The following article was updated on 12 October (8pm Singapore time) to correct errors; the updated figures have been bold under the bullet points:

A case study on TR 48:2015 on Bunker Mass Flow Metering initiated by the Singapore Chemical Industry Council (on behalf of Enterprise Singapore) in April 2019 and successfully completed in February 2020 has found the standard to have improved productivity for bunkering at Singapore port.

The implementation of TR 48 resulted in annual potential net savings of between SGD 80.6 million to SGD 199.4 million for the bunkering ecosystem, including:

For bunker suppliers surveyed, it was reported that operational turnarounds have increased. A number surveyed also reported that crew could be involved in duties other than directly in the sounding of bunker tanks.

Overall cost savings for bunkering operations have reduced due to the reduction in the number of dispute resolutions as well as the time taken to resolve these resolutions account for the remainder. These are the key findings from a case study initiated by SDO@SCIC, on behalf of Enterprise Singapore and the Singapore Standards Council.

For crew management, some ship owner respondents reported that they had reduced their spot checks of their on-board fuel inventory. A number of added that inventory management had improved with the increased certainty in the quantity of bunkers received. They highlighted that the transparency arising from MPA’s strict implementation of TR 48 has increased their preference to purchase bunkers in Singapore

Data-handling benefits were seen by the Maritime and Port Authority of Singapore (MPA) which had reported significant time savings of up to 90% in the handling of bunkering data.

TR 48 has since been upgraded to a Singapore Standard, SS 648, which includes new requirements for distillate fuels and bunkers to meet IMO regulations.

TR 48 and SS 648 have since formed the basis for the development of two ISO standards on bunkering.

Led by Singapore, ISO 21562: Bunker Fuel Mass Flow Meters on Receiving Vessel – Requirements was published in July this year. ISO 22192: Bunkering of Marine Fuel Using the Coriolis Mass Flow Meter System is expected to be published by end of the year.

“The validation of the benefits of the TR 48 which was based on the ISO Methodology for the Economic benefits of standards has further strengthened Singapore’s position as a thought leader in bunkering industry standards. Though TR 48 has been revised to SS 648, there were no major changes for SS 648 so the benefits observed with TR 48 are not expected to be impacted when it replaces TR 48,” said Lee Wai Pong, Chairman, Working Committee for TR 48.

“The case study has demonstrated the transparency and system integrity that TR 48 has effected for the smooth and efficient running of bunkering operations, as well as bolstering the assurance of quantity ordered and delivered. Savings in time for bunkering processes and dispute resolution have also been experienced by a number of our members,” said Caroline Yang, President of the Singapore Shipping Association.

“The benefits of TR 48 validated through this case study would be useful when shared with the bunkering industry stakeholders outside of Singapore as the economic benefits as well as the improved efficiency, productivity and transparency demonstrated, will facilitate the implementation of the MFM system by countries who wish to adopt TR 48,” said Timothy Cosulich, CEO, Fratelli Cosulich Group and Chairman, IBIA Asia.

“The new TR 80: 2020 will further strengthen the supporting infrastructure for the MFM system while the new SS 660: 2020 will help in obtaining similar MFM system benefits further up the chain with both standards expected to assist the overseas bunkering industry as well.”

Members of IBIA are encouraged to vote for the candidates who in their opinion will make a meaningful contribution to the running of the Association.