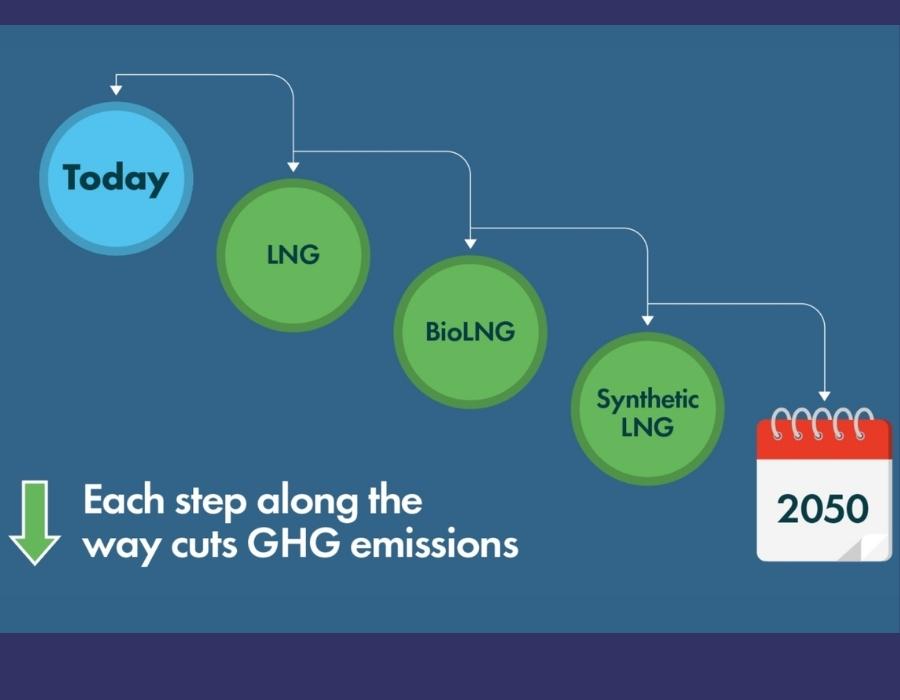 Global multi-sector industry coalition SEA-LNG on Tuesday (20 September) took a swipe at the International Council on Clean Transportation (ICCT) report titled ‘Comparing the Future Demand for, Supply of, and Life-Cycle Emissions from Bio, Synthetic, and Fossil LNG Marine Fuels in the European Union’:

The recent ICCT study comparing the demand for, supply of and life-cycle emissions from bio, synthetic and fossil LNG marine fuels fails to take account of the latest data on technology available to LNG-fuelled vessels.

Cost of the LNG pathway

The ICCT significantly understates the potential availability of bioLNG for shipping in Europe and overstates its costs. It estimates a maximum of 700 PJ (Peta Joules) of bioLNG could be available in 2030 if shipowners, operators, and charterers are willing to pay up to €216/GJ. This is implausible when current volumes of European biomethane production are 690 PJ – from anaerobic digestion, only – at a cost of €14-25/GJ – according to the European Biogas Association.

The ICCT correctly states the supply of e-LNG is potentially unlimited but will be expensive. The ICCT fails to add that because approximately 80% of the cost of producing e-fuels is associated with producing the common renewable hydrogen feedstock, all e-fuels will be similarly expensive, not just e-LNG.

The ICCT’s forecast that Europe will need approximately €18bn pa of public support for the LNG pathway in 2030 is based on these flawed figures. SEA-LNG will have more to say on bioLNG cost and availability in early October. The ICCT also makes no attempt to quantify the support required for other fuels, which are based on unproven technologies and will, in addition, require massive new infrastructure investments.

The ICCT’s forecasts of life-cycle, or Well-to-Wake (WtW), CO2e emissions for LNG-fuelled vessels in 2030 are out of date. They are based on historic vessel fleet data dominated by older, obsolete 4-stroke low-pressure diesel engine technologies.

For its WtW CO2e GHG emissions calculations, ICCT uses secondary data based on old engine technologies to give a maximum GHG reduction for LNG-fuelled vessels of 15% compared to marine gas oil. This is far less than the 23% identified by Sphera in their landmark 2021 study, which uses current primary data from all major engine manufacturers, takes account of methane emissions and is widely available for review.

Furthermore, the latest DNV data on the LNG order book shows over half of LNG-fuelled new builds will use the latest high-pressure 2-stroke engines, of which 70% will be high-pressure engines producing negligible methane slip. These engines will operate in deep sea shipping where 70%-80% of marine fuel is burned, thus affecting the majority of GHG emissions.

The ICCT view on methane slip fails to account for engine technology development. LNG engine technology has reduced methane slip by over 75% since the fuel was first introduced at the turn of the century. The Sphera study forecasts that methane slip will have been virtually eliminated for all engine types by 2030 due to engine manufacturer innovations and other methane abatement initiatives.

Waiting is not an option – LNG as a marine fuel delivers immediate GHG benefits and a lower risk, lower cost, and has an incremental pathway to zero emissions through bioLNG in the near term and e-LNG in the mid to long term.

Related: ICCT: Methane slip must be eliminated for renewable LNG bunker fuel to be a feasible solution for shipping

Trust is an inherent part of the new dynamic that should be built into existing systems so that bunker procurement can become more hassle free, said Peter Sand.