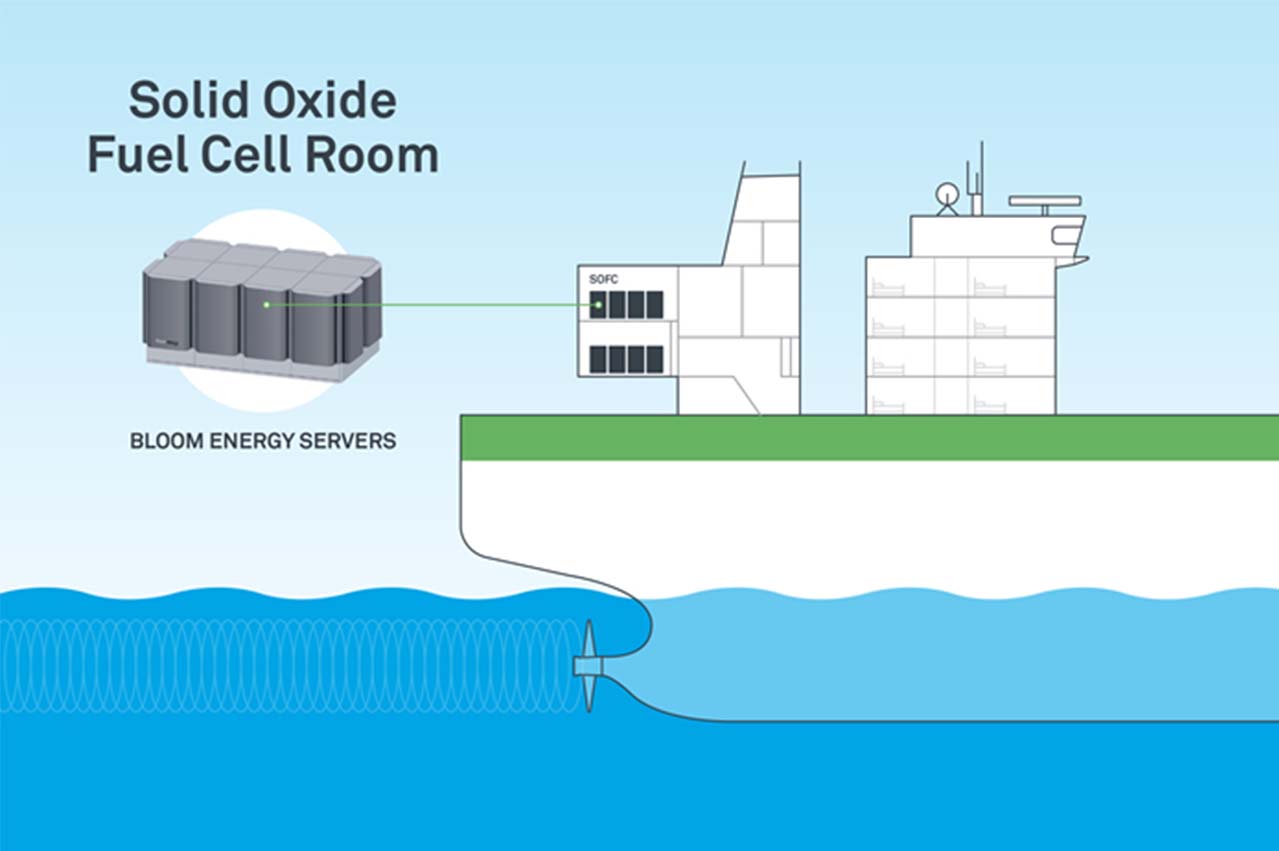 SHI aims to be the first shipbuilder to deliver a large cargo ship for ocean operation powered by fuel cells running on natural gas.

Replacing combustion-based power generation from bunker oil with electrochemical conversion of LNG through fuel cells could have a profound impact on carbon emissions from marine transportation, it says.

Bloom Energy and SHI estimate that replacing oil-based power generation on large cargo ships, which require up to 100 megawatts of power per ship, could reduce annual greenhouse gas emissions from shipping by 45%.

At a ceremony in the SHI Geoje shipyard, Samsung Heavy Industries announced they have received Approval in Principle from DNV GL in collaboration with Bloom Energy to proceed with a fuel cell-powered ship design for Aframax crude oil tankers (COTs).

“This approval, and being the first shipbuilder to secure this marine fuel cell technology, illustrates that Samsung Heavy is highly likely to lead the market.”

“This innovative design is one of the ways to improve GHG emissions, to further make LNG a solid and long-term solution.”

Bloom Energy Servers have been deployed hundreds of times on land including on-site at commercial and industrial businesses, counting 25 of the Fortune 100 companies.

The same technology has been approved by DNV GL to be deployed aboard ships with minor modifications to suit ship installation and use in an enclosed environment.

“Bringing the Bloom Energy Server’s transformative clean technology to the shipping industry provides us with a tremendously exciting opportunity to accelerate the decarbonisation of another vital sector of the global economy.”

Chris Chatterton of the Methanol Institute explains to Manifold Times why bunker buyers should be looking at methanol post 2020.

‘Our early conversations with potential customers are so far very positive,’ says Head of Industrial Bulk.

The achievement reinforces the successful adoption of this fuel solution, proving to the maritime world that BFO is ready for use as a sustainable drop-in fuel, it said.

Plant built in collaboration with Port of Amsterdam and is expected to be operational by end of 2018.