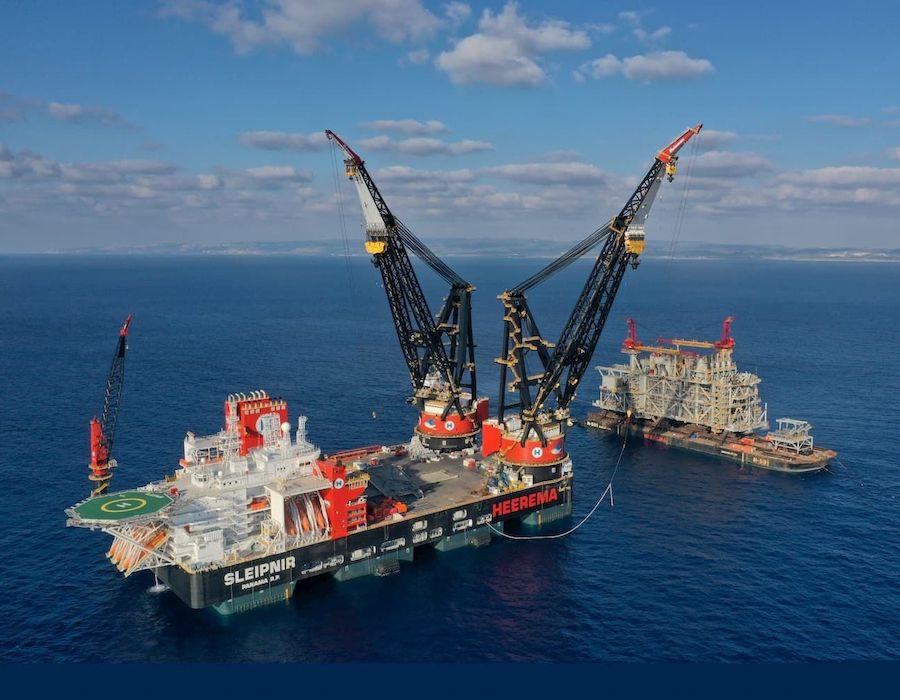 Sembcorp Marine, a Singaporean ship and offshore builder, completed the construction of Heerema’s Sleipnir in July 2019. Since then, the vessel has been busy across the globe.

As equally impressive as its mythical namesake, the vessel has already broken lifting records for crane vessels with a 15,300 lift in September 2019.

The semi-submersible vessel has two cranes onboard, each capable of lifting 10,000 metric tons.

This ability makes it suitable for the largest offshore jobs, such as building wind turbines at sea, dismantling old platforms, or constructing the most significant offshore structures.

Due to Sleipnir’s two large streamlined floats, the vessel can sail relatively quickly (on average, twenty kilometers per hour) with limited fuel consumption.

What is especially unique about Sleipnir is that it has ‘dual fuel’ propulsion and can, therefore, run entirely on the emission-reducing fuel LNG.

Sleipnir arrives following a successful project execution in Trinidad, having already worked in Brazilian and Israeli waters. The vessel arrives to prepare for future decommissioning work across the North Sea.

By using Sleipnir, Heerema is working on cleaning up retired drilling platforms in the cleanest possible way with their use of emission reducing LNG. The vessel is due to depart at the end of March for the first of several jobs.