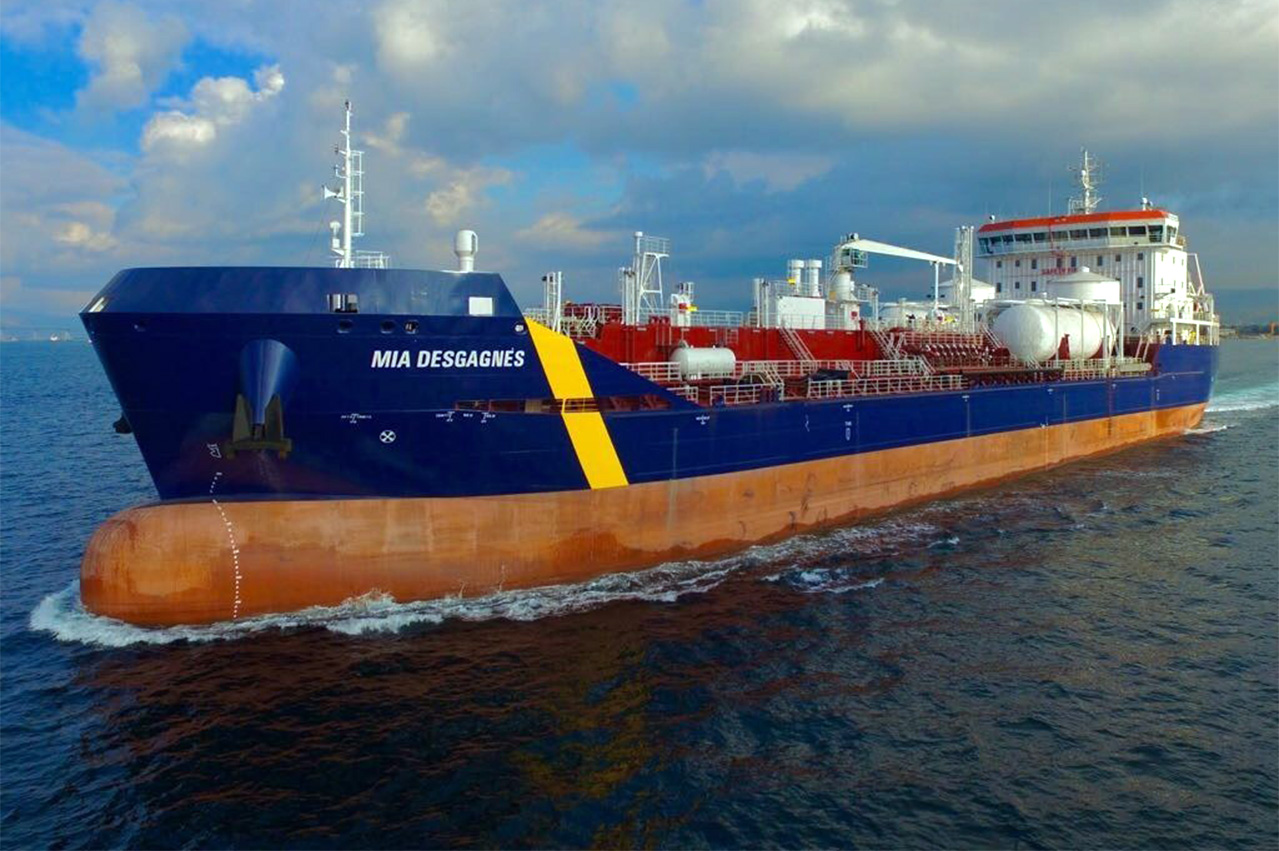 The figure is larger than an earlier 370 m3 supplied by Repsol in a pipe-to-ship bunkering operation from the Enagas LNG Terminal in Cartagena.

The Mia Desgagnes is able to consume fuel oil, marine diesel oil or LNG as bunkers. Almost $9 million, out of the vessel’s total value of more than $50 million, is dedicated solely to dual-fuel/LNG motorisation, according to Quebec-based shipping firm Desgagnes.

The vessel is the second in a series of four new-generation product tankers custom-built according to an original concept developed by the shipping company and ordered at the Besiktas shipyard located in Yalova near Istanbul, Turkey.

‘We have carefully confirmed the safety of the design and are proud to contribute to this project,’ says spokesman.

The Spanish natural gas firm was present at a smart ports event organised by the port of Malaga.