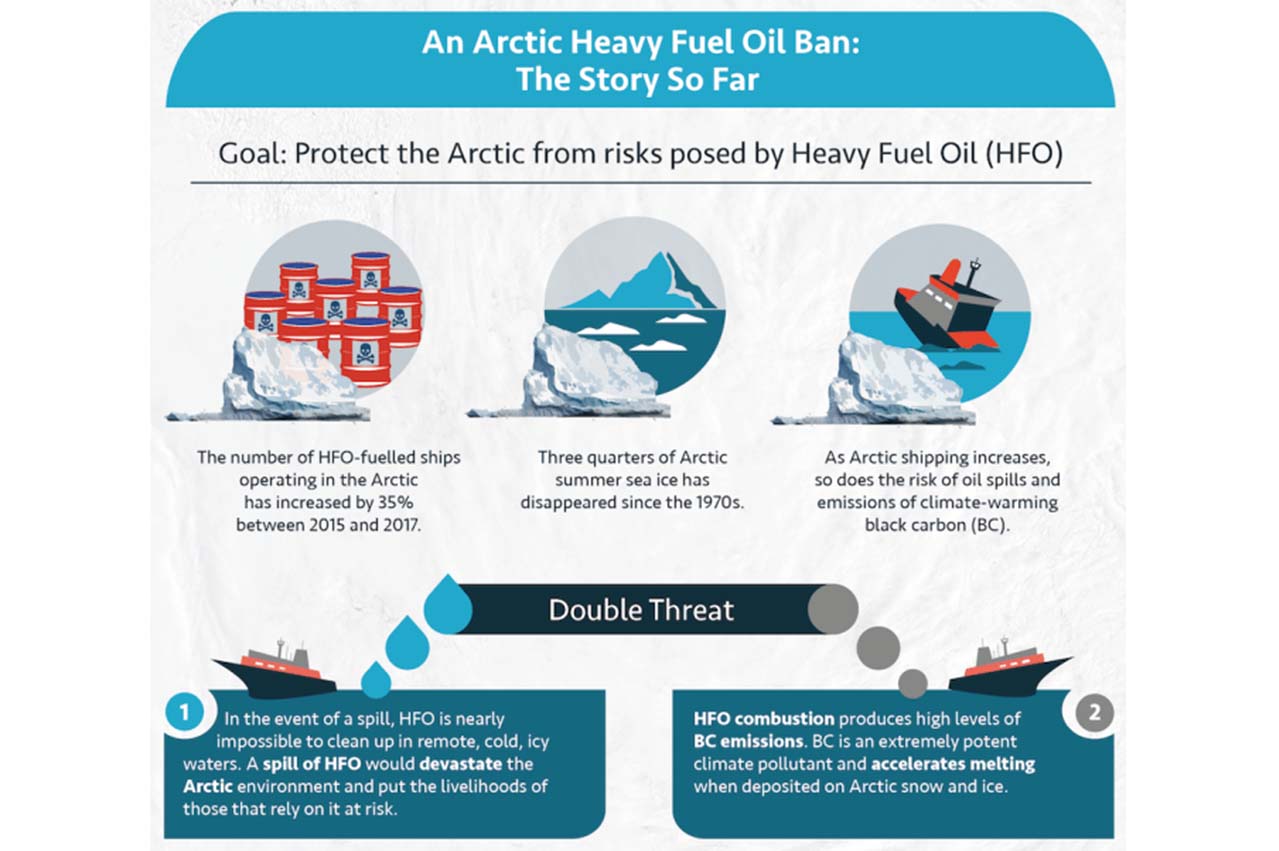 The Clean Arctic Alliance on Monday (18 February), at the opening of the International Maritime Organization (IMO) Sub-Committee on Pollution Prevention and Response (PPR 6) meeting, called on Member States to remain focussed to the goal of developing a ban on the use and carriage of heavy fuel oil (HFO) by shipping in the Arctic.

“While IMO delegates gather to discuss ways to mitigate the impacts of heavy fuel oil (HFO) – the dirtiest of ships’ fuels – on Arctic ecosystems, IMO member states must keep their sights firmly on the need for a ban, especially in light of recent revelations from the IPCC on the urgent need to limiting the effects of climate change on the Arctic region”, said Dr Sian Prior, Lead Advisor to the Clean Arctic Alliance.

“The Arctic is warming faster than anywhere else on earth – and as sea ice recedes, any increased HFO-fueled shipping in the region will exacerbate the climate crisis, through the deposits of black carbon caused by the burning of HFO, onto sea ice and ice caps. By banning both the use and carriage of HFO as fuel from ships operating in Arctic waters, the risks of a catastrophic oil spill can also be avoided.

“The Clean Arctic Alliance calls for the work on the development of the Arctic HFO ban to be concluded swiftly, so that it can be adopted in 2021, and phased in by 2023”.

At October’s IMO gathering of the Marine Environment Protection Committee (MEPC 73), support for the work – to mitigate the risks of using and carrying HFO in the Arctic, including developing a ban – to commence at the PPR 6 technical meeting, was voiced by Austria, Bangladesh, Canada, Denmark, Finland, France, Germany, Iceland, Ireland, Netherlands, New Zealand, Norway, Spain, Poland, the United States and the UK.

At MEPC 73, IMO member states considered impact assessment methodology, before deciding to send the “Scope of Work”- which sets out the work to be done to reduce the risks associated with the “use and carriage of heavy fuel oil as fuel by ships in Arctic waters”, including the proposal for a HFO ban, to this week’s PPR 6 meeting.

Gunvor gets “express” permission on refinery upgrade for bunkers

The company is considering refinery upgrades on the coming 2020 sulphur cap for marine fuel.