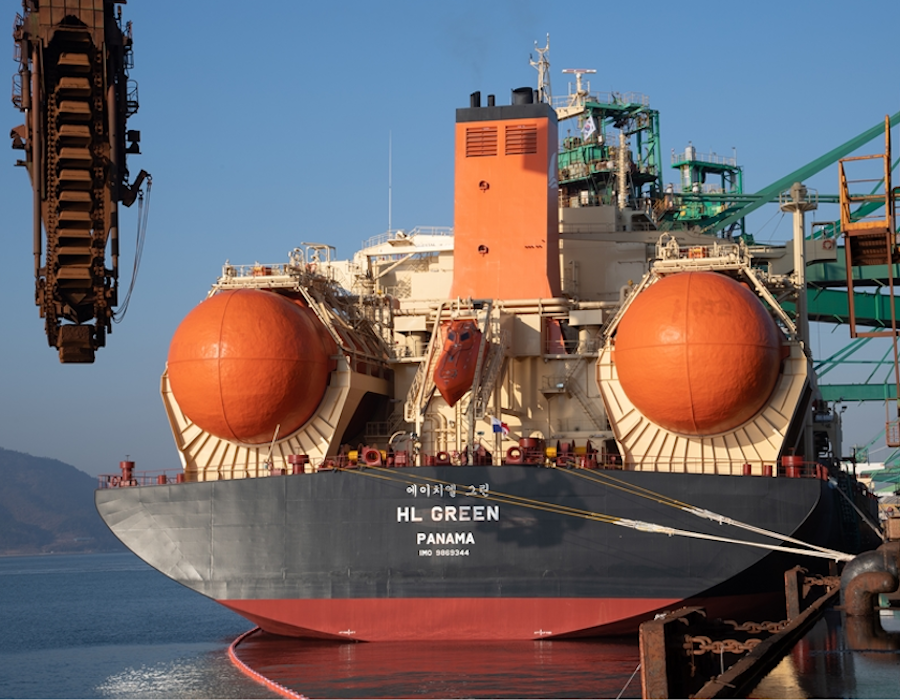 This trip marks the first time a bulk carrier powered by LNG has successfully completed an overseas trip, claims POSCO. HL Green is 292m long, 45m wide, and has a deck height of 24.8m, making it the world’s largest 180,000-ton LNG-powered vessel.

In December 2018, before the international regulations were imposed, POSCO, together with H-Line Shipping Co., LTD., decided to preemptively replace two of its existing raw material carriers with LNG-powered vessels ahead of IMO 2020 regulations.

Hyundai Samho Heavy Industries Co., Ltd. was in charge of the design and construction of the two LNG-powered vessels.

POSCO supplied steel plates for the ships’ bodies and 9% nickel steel as cryogenic materials for the fuel tanks.

In addition, POSCO has promised a secure quantity of cargo through a long-term contract with shipping company H-Line Shipping Co., LTD., which initially hesitated to utilise LNG-powered vessels because of the lack of LNG bunkering infrastructure.

Other than the two LNG-powered vessels, POSCO noted it has installed exhaust gas cleaning systems on 21 out of 38 overseas raw material carriers. The remaining ships will be replaced with eco-friendly ships, including LNG-powered ones, by cooperating with shipping companies and ship makers.

The ferry Sicilia will have its LNG storage tank installed internally rather than externally; Baleària is targeting nine LNG fuel ships among its fleet by 2021.