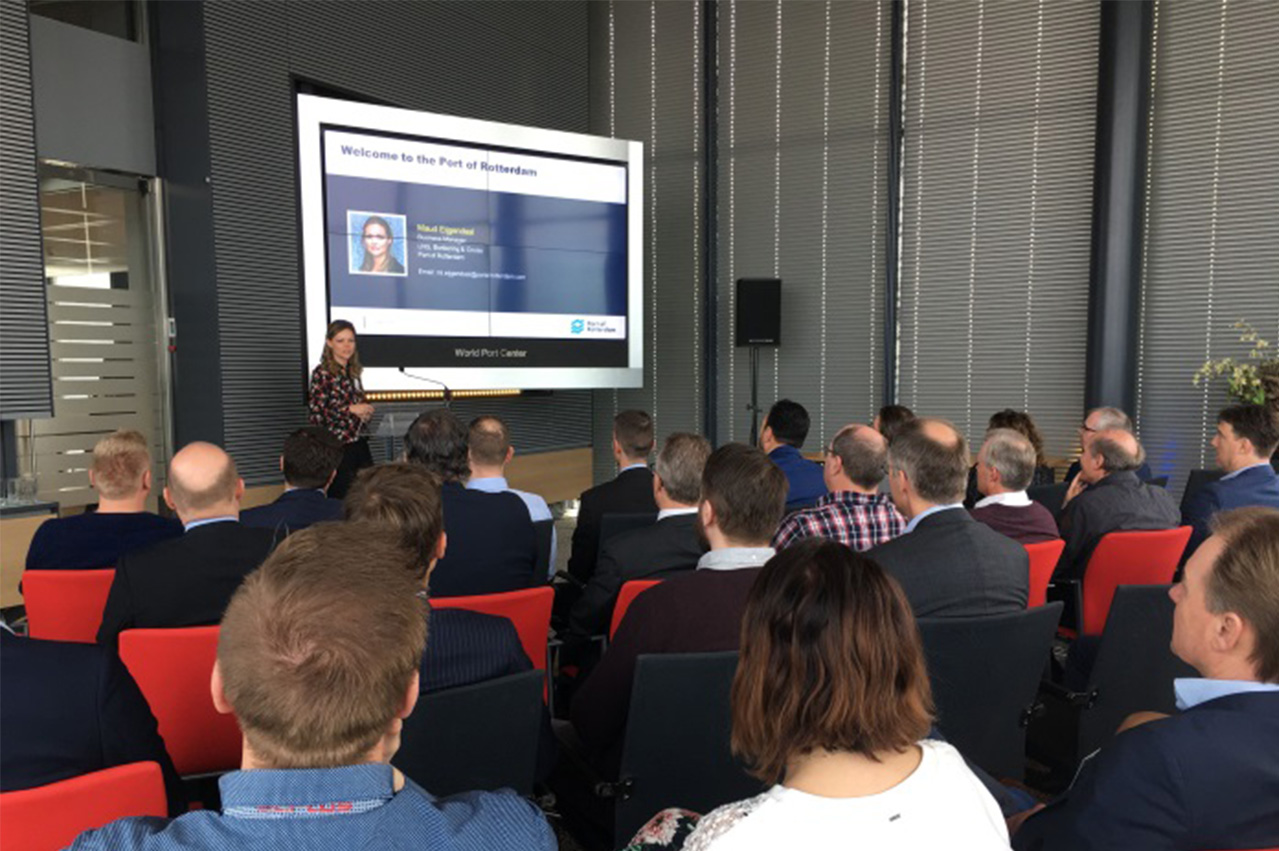 The Port of Rotterdam Authority on 3 April organised an information session Fuelling the Future: LNG for over 50 representatives from several shipping companies and terminals.

The objective was to inform the group about the benefits of liquefied natural gas (LNG) and the possibilities of LNG bunkering in the Port of Rotterdam, it says.

In her opening remarks, Maud Eijgendaal, business manager LNG at the Port of Rotterdam, explained the shipping industry will be able to start its future goals regarding decarbonisation by using LNG as a fuel.

The product has the potential of reducing carbon dioxide emissions by up to 20% and more after adding bio components to the mix. Because LNG is also the cleanest fossil fuel available, it can address challenges around local emissions as well, which is very important for a port.

The commercial manager at Gate Terminal gave a presentation about the basics of LNG.

“Our shared goal is to limit pollution. LNG is acceptable, available and affordable,” says Stefaan Adriaens who adds that, “there are plenty of suppliers and terminals around the world that can offer LNG.”

Cees Boon, safety advisor at the Port of Rotterdam Authority, highlights LNG ship-to-ship bunkering during simultaneous operations (SIMOPS) is allowed in Rotterdam as long as it is safe and controlled.

LNG bunker suppliers Shell, Nauticor, Titan LNG and Total were also at the event to show support for LNG bunkering.

Marieke Knook from Shell encouraged the delegates to be engaged: “That is very important. Because LNG is new for everybody.”

In addition, Isabelle Capaldi-Lureau from Total mentioned: “We need to work together to make this happen.”

Singapore will have two LNG bunkering vessels operating by 2020

‘As the world’s largest bunkering hub, we are pleased to support the building of the first two LNG bunker supply vessels for the Port of Singapore,’ says MPA.

IBIA: MEPC 77 to discuss mandatory flashpoint on the BDN

‘In short, we cannot see reasonable justification for requiring a flashpoint value to be recorded on the BDN (unlike sulphur and density),’ says IBIA.

‘Despite the global crisis, we must continue to promote the sustainability of our shipping. That is why we continue to campaign consistently for the use of LNG,’ it said.