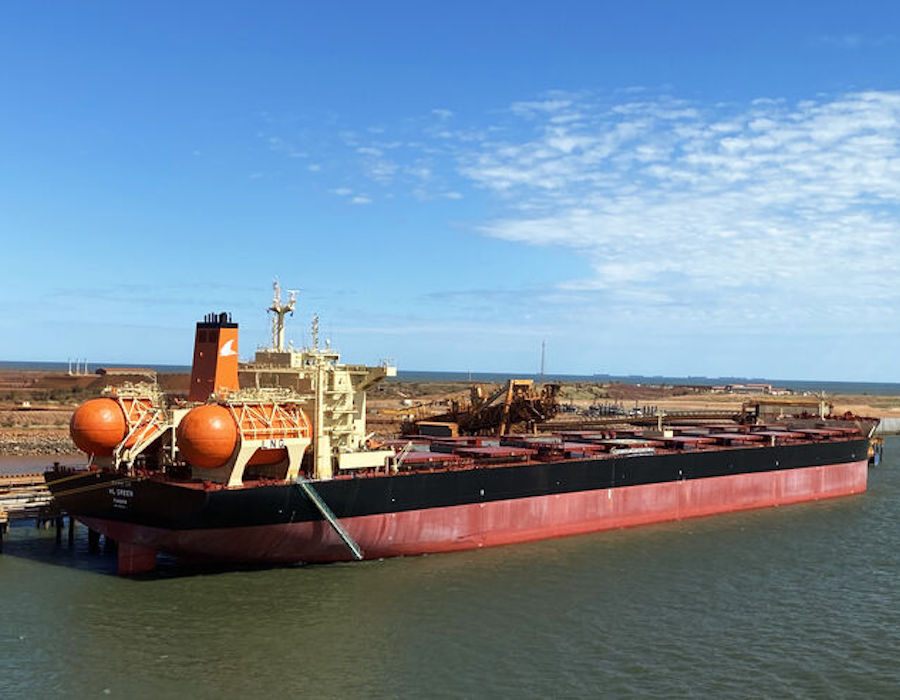 HL Green is the first LNG-fuelled vessel to berth at the Port of Port Hedland, as the maritime industry moves to reduce emissions from shipping operations.

The vessel is one of two 180,000 dwt bulk carriers that was built in Korea and launched on 11 December 2020 to carry iron ore and coal exports from Australia. It is expected to make about 10 round trips a year between Korea and Australia.

The HL Green is distinguished from other bulk carriers in the port by the two LNG fuel tanks at the stern; the tanks have a storage capacity of 1,600 m3 each.

If all bulk iron or presently exported from the Pilbara was shipped using LNG, sulphur and particulate matter would reduce by 95% and nitrogen emissions would reduce by 85%.

The HL Green Captain was presented with a plaque to commemorate the vessel’s maiden voyage and visit to Port Hedland.

Operation carried out by Dutch LNG supplier Titan LNG and is a crucial step towards achieving Antwerp’s goal of being a “Multi Fuel Port”.