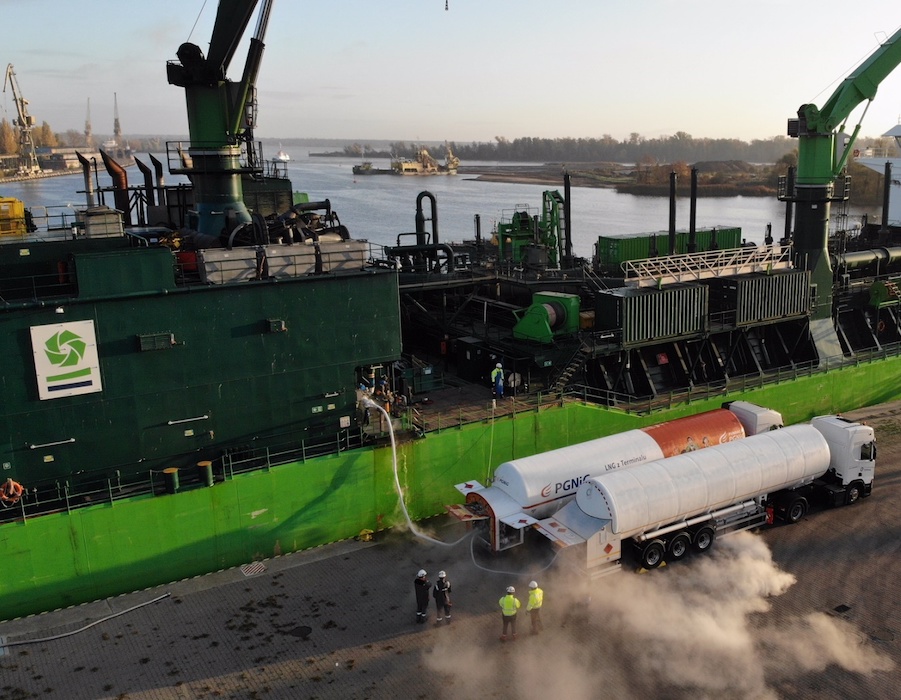 This operation marks an expansion in the scope of the partnership, which aims to strengthen the role of Polish ports and promote LNG as bunker fuel in the Baltic Sea, it said.

The LNG bunkering operation was performed on the Scheldt River, which is working to deepen the Świnoujście-Szczecin waterway to enable Szczecin to accommodate vessels twice the size of the ships that currently call at the port.

“We have carried out tens of LNG bunkering, or refuelling, operations with Grupa LOTOS so far. We are pleased that the service is gaining popularity and that it can now be provided in other Polish ports besides Gdańsk and Gdynia,” said Jarosław Wróbel, acting President of the PGNiG Management Board.

“We believe that LNG fuel is the future of maritime transport in the Baltic Sea. Our business relationship with Grupa LOTOS in this area is a good example justifying the existence of the  multi-utility group we will soon be a part of.”

“Energy transition motivates us to step up our efforts in the field of alternative fuels. One of our development directions is LNG, a green and safe fuel,” added Paweł Jan Majewski, President of the Grupa LOTOS Management Board.

“In order to promote this market segment, we need to develop logistics and LNG bunkering infrastructure. LOTOS has recently completed a feasibility study for a project to build a small-scale LNG transshipment terminal in Gdańsk, which has already entered the internal corporate decision-making stage.”

PGNiG  noted that it has worked together with Grupa LOTOS on LNG projects for several years, and PGNiG supplies Grupa LOTOS with natural gas, which is used in its petroleum refining processes.

“We can see an increase in demand for bunkering services from shipowners at Polish ports grow, driven by a rising awareness that LNG, as an alternative marine fuel, is the sole mature solution that is capable of meeting the existing and future emission standards while being economically viable,” concluded Henryk Mucha, President of the PGNiG Obrót Detaliczny Management Board.

Permission issued on 25 November under the ‘Opinions of the State Council on Launching Pilot Work on Business Environment Innovation’ document.