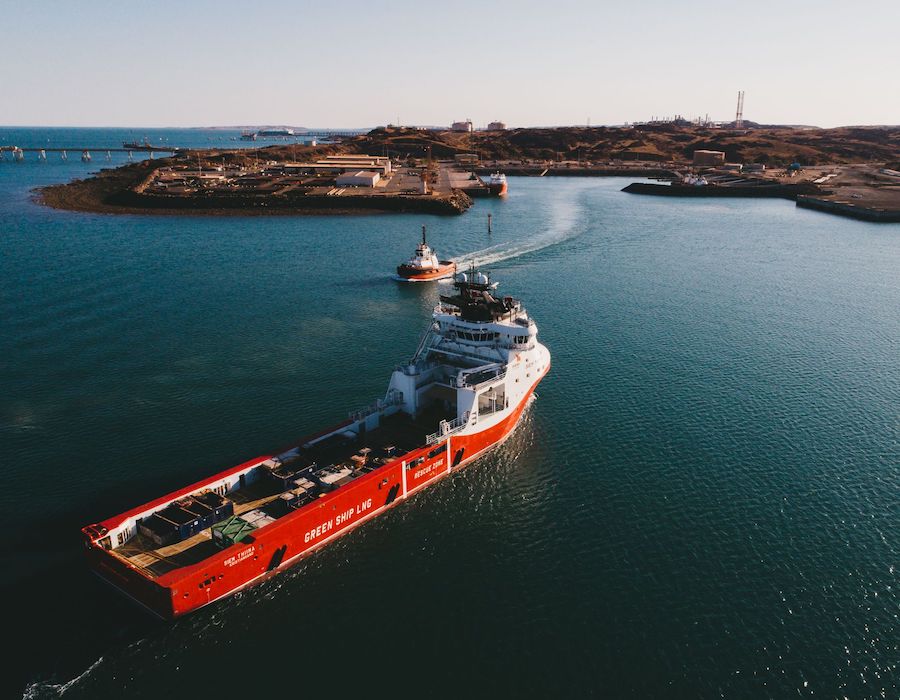 “This move is a major win for the nation, industry and the environment,” commends LNG MFI.

“Since 2017 LNG MFI has worked to bring together key players to develop a cleaner marine fuel industry in Australia as we lower emissions for a better future and it’s exciting to see this now moving full steam ahead,” said LNG MFI chief executive officer Margot Matthews

“In addition to Woodside’s ship-to-ship licences, a truck-to-ship LNG bunkering licence was issued to Evol LNG in early 2017,” adds Banks.

“Western Australia is well-placed to become an LNG bunkering hub, with LNG production facilities close to large iron ore mining operations and the many hundreds of ocean-going vessels that use ports in the Pilbara region.”

“Woodside is finalising plans for an LNG bunkering operation in the Pilbara to capture the significant environmental and economic benefits of using LNG, instead of fuel oil, for the busy iron ore shipping trade,” said Woodside Executive Vice President Marketing for Trading and Shipping, Reinhardt Matisons.

“While there’s no single pathway to a low emissions future, expanding the use of LNG as a transition marine fuel is one way to help reduce greenhouse gases from shipping and help reduce this country’s environmental footprint,” concludes LNG MFI CEO Margot Matthews.

Demand for medium and heavy crudes, crude oil to increase due to more production of distillate products.

Maritime IAP noted need to balance between viable bunker fuel solutions in near term, while retaining flexibility to respond to technological advances.

The cluster, which emerged a few days ago, is impacting operations at Universal Terminal, which is Singapore's biggest independent oil storage terminal.