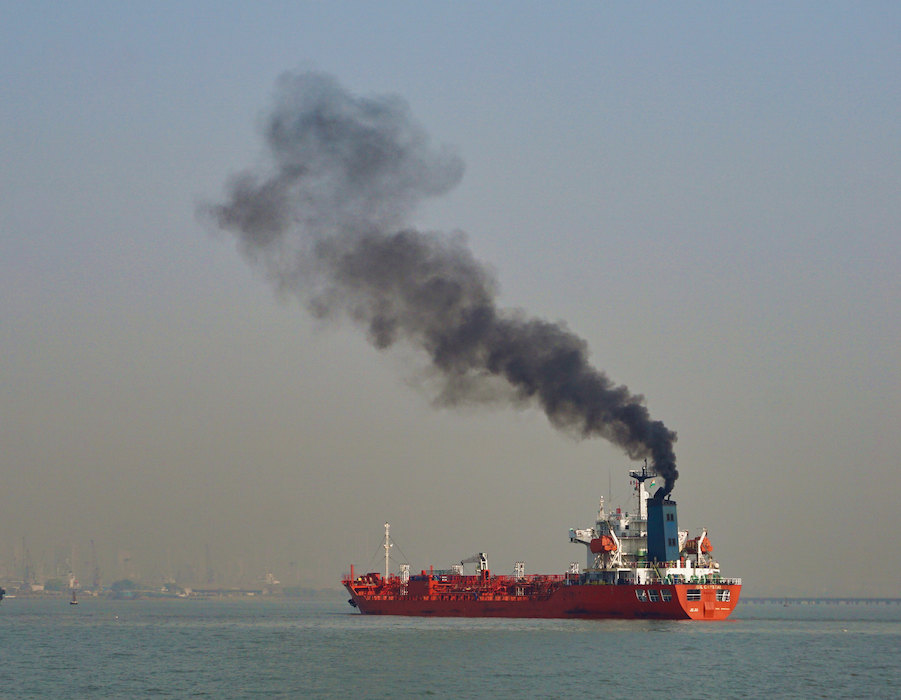 After decades of use, HSFO was effectively banned, though an exception was made for shipowners who chose to fit an exhaust gas cleaning system, or marine gas scrubber.

This last decision could have been one of the best the IMO made in the process of establishing new sulphur oxide (SOx) emissions targets.

Contrary to the hysteria calling for the total elimination of heavy fuel oil from the global marine energy mix, the combination of HSFO and a scrubber continues to gain credibility as the most environmentally sound response to satisfying new greenhouse gas (GHG) limitations.

The motivation for the International Maritime Organization’s (IMO’s) new regulation was a need to lower the sulphur content of marine fuel to 0.5% or below.

But, as more scientific evidence emerges, it seems there may have been gaps in the IMO’s thinking. Perhaps insufficient consideration was given to the full environmental impact of burning LSFO.

Gas scrubbers are better for the environment

However, research recently submitted to the IMO by Germany and Finland confirms that the overall effect of burning LSFO is environmentally negative.

Very low sulphur fuel oil was only developed recently in order to create a fuel that would comply with the IMO’s 2020 SOx requirements. It has not had widespread use for a prolonged period of time.

It is not fully understood.

Second only to CO2 in terms of the maritime industry’s contribution to climate change, black carbon is a dangerous greenhouse gas. It is responsible for 7% to 21% of shipping’s overall GHG equivalent impact.

Despite the IMO’s proposed commitment to reducing carbon emissions – the organization has set an ambitious target of halving maritime production of GHG by 2050 – the explosion in LSFO use could spell disaster for its air pollution negation strategy.

Dr Sian Prior, Lead Advisor to the Clean Arctic Alliance, views the use of LSFO as a significant risk.

“If immediate action isn’t taken by the International Maritime Organization, the shipping industry’s use of VLSFO – introduced to comply with the 2020 sulphur cap – will lead to a massive increase in black carbon emissions, and this will both accelerate the melting of Arctic sea ice and have a major impact on Earth’s climate,”

Seas at Risk, a coalition of European NGOs focused on the protection of marine ecosystems, has also voiced alarm. John Maggs is a Senior Policy Advisor for the group:

“There are serious questions to be answered about how these blended super pollutant ‘Frankenstein’ fuels ever came to market, especially as the IMO has spent almost a decade considering how to reduce black carbon emissions from shipping.”

The recent study found that “new blends of marine fuels with 0.50% sulphur content can contain a large percentage of aromatic compounds which have a direct impact on black carbon emissions”, and “demonstrated that the combustion of fuels with higher aromatic content emits higher concentrations of black carbon.”

Thanks to the fuel price spreads, scrubbers save money too

When burnt, LSFO blends showed a 10% to 85% increase in black carbon emissions compared to heavy fuel oil, and between 67% to 145% increase when compared to marine-quality distillate fuel.

Distillate fuels, however, have their own questionable carbon record.

A study published last year by the independent Norwegian research organization, SINTEF, considered the full lifecycle of marine fuel production. It found that the global production of LSFO emits far more GHG than the production of HSFO.

Her views are corroborated by the findings in Germany and Finland’s latest paper, which has been submitted for discussion at the next meeting of the IMO’s Sub-Committee On Pollution Prevention And Response (PPR7).

The submission includes a call to phase out fuels with high black carbon emissions.

Shipowners who have fitted their vessels with scrubbers may have a wry smile at this proposal.

They will be comfortable in the knowledge that, despite burning high sulphur fuel oil, their ships emit cleaner exhaust gases than the thousands of vessels using LSFO.

And, thanks to the fuel price spreads, they’re saving money too.

BDN shall now include a declaration of sulphur content signed and certified by the fuel oil supplier's representative.

‘IBIA is pleased that these guidelines are now ready, giving more clarity to all stakeholders,’ says Unni Einemo.

MPA and SSA to co-host industry seminar and engagement sessions on IMO 2020 in June and November.