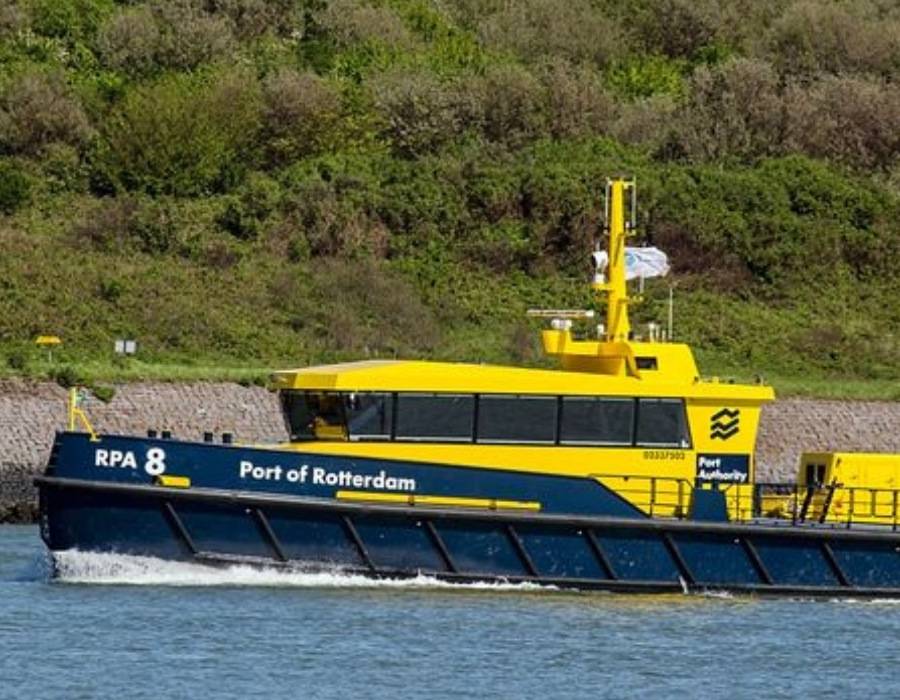 Nitrogen products producer and distributor OCI N.V. (OCI) on Wednesday (15 June) said it has made a final investment decision (FID) for the first phase of its ammonia import terminal expansion project in the Port of Rotterdam in the Netherlands.

The terminal is strategically located to facilitate emerging ammonia demand for bunkering to ocean-going vessels, and to act as a hub for hydrogen imported in the form of ammonia from regions with ample natural gas and renewable resources such as the Middle East & North Africa to meet Europe’s expected future hydrogen deficit.

The expansion will be developed under a staged investment approach, with an initial increase in throughput capacity from the current c.400 ktpa to up to 1.2 million metric tons per year to be achieved through low-cost upgrades to OCI’s existing infrastructure. Total investment cost for the first phase is estimated to be below USD 20 million, with completion expected in 2023.

For the second phase, OCI has completed a basic engineering package for the construction of a new world-scale ammonia tank at the terminal, which, along with a scale-up in jetty infrastructure, will allow a potential increase in throughput to above 3 million tons per annum. OCI plans to commence permitting activities this year, to be in a position to rapidly increase throughput capacity as demand for clean ammonia develops in the medium-term.

Ahmed El-Hoshy, Chief Executive Officer of OCI NV, said: “As a global leader in ammonia production, trading and distribution, this project is a very logical step to leverage our incumbency status in Rotterdam to enhance our ammonia value chain: never has this been as vital as it is now. We are pleased to announce this milestone, enhancing a key ammonia import and future bunkering hub and aggregation point for low-carbon ammonia at a world-scale port, which will serve as an important avenue for clean ammonia imports from our global facilities and addresses current and future European hydrogen deficit needs.

The Port of Rotterdam is the largest seaport in Europe with approximately 30,000 visiting sea-going and 100,000 inland vessels per year. It is one of four major global and Europe’s largest bunkering port, supplying around 11 million m³ of marine bunker fuels per year.

Allard Castelein, CEO Port of Rotterdam, said: “OCI’s decision to invest in tripling its ammonia import capacity in Rotterdam perfectly fits our plans. Our ambition is to be a carbon neutral port in 2050. This regards not only the industry in the port area, but also shipping. Ammonia is not only a hydrogen carrier and a feedstock for the chemical industry, it’s also an important renewable fuel for the shipping sector. To be able to bunker ammonia, steps such as OCI’s need to be implemented to increase the base. As sailing on ammonia is something new, we’re working hard together with the business community and public authorities to have the regulations and safe handling procedures for ammonia bunkering operations in place in time.”