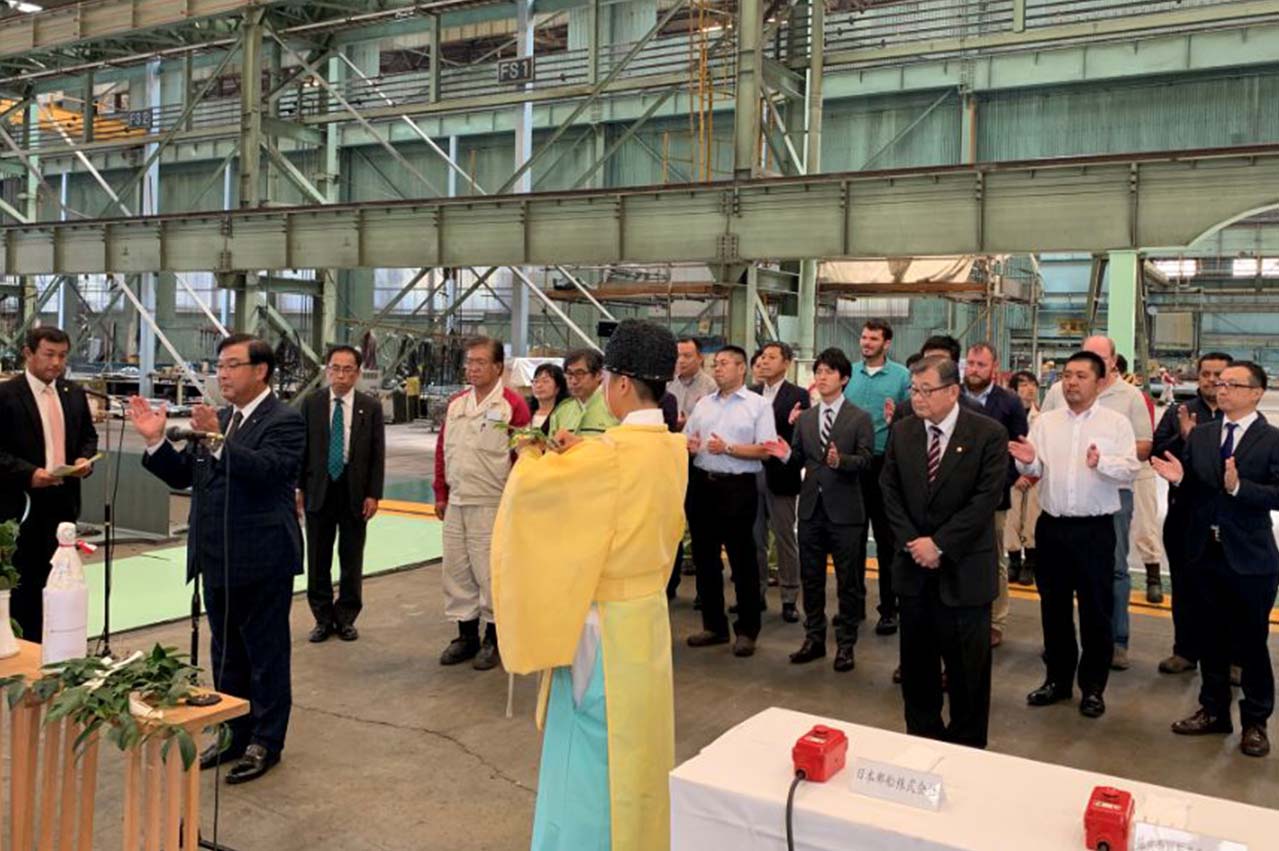 Japanese shipping firm NYK Line on Tuesday (24 September) said it has placed an order for the world largest pure car and truck carrier (PCTC) capable of navigating oceans with only LNG as the main source of fuel.

A keel laying ceremony was held on 20 September at Shin Kurushima Toyohashi Shipbuilding Co. Ltd., and NYK managing corporate officer Takaya Soga and other related parties were in attendance.

The ship, which has a 7,000 units (standard vehicle equivalent) per voyage capacity, is scheduled to be delivered in 2020 and will be the first large LNG-fuelled PCTC to be built in Japan.

Several designs for maximising the cargo loading space, in addition to optimising major items such as ship width, will be implemented due to the installation of the vessel’s LNG bunker fuel tanks.

The ship will be about 40% more energy efficient (reducing CO2 emissions per unit of transport), far exceeding the International Maritime Organization (IMO) EEDI phase 3 requirements* that will become effective in 2025.

“From an early stage, the NYK Group has been steadily moving toward using LNG as a propulsion fuel,” it stated.

“In fact, in 2016 the group built the world's first LNG-fuelled car carrier. That ship entered into service in 2017, and just last year the company began issuing green bonds to finance LNG-fuelled ships and LNG bunkering vessels, among other green financing projects.

“NYK will continue to actively work to reduce its environmental burden and realize a sustainable society, as designated in the company’s medium-term management plan ‘Staying Ahead 2022 with Digitalization and Green.’”

Related: NYK to issue $93 million worth of ‘Green Bonds’

Kaguya will be based at JERA’s Kawagoe Thermal Power Station, and will supply LNG fuel to “K” Line’s first LNG-fueled car carrier that will be delivered by FY2020.

The design project for the LNG bunker tanker was co-developed with the government backed Korea Research Institute of Ships & Ocean Engineering, it said.