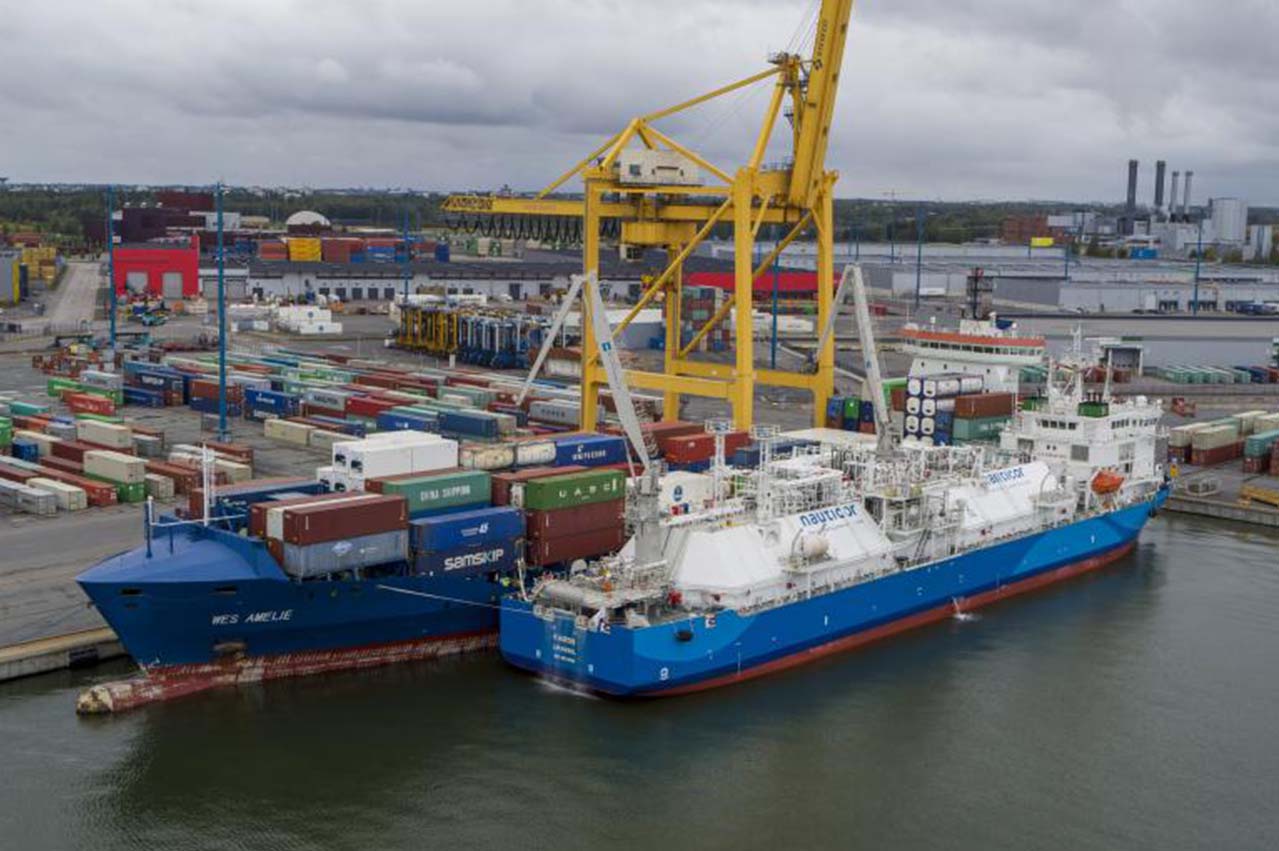 “The first SIMOPS LNG ship-to-ship transfer at a container terminal for the “Wes Amelie” was a great success, due to the smooth cooperation between the crews on board of the LNG bunker vessel and the receiving vessel, the terminal and port operators, the Nauticor experts and our bunker team here at Unifeeder,” highlighted Hans Staal, Head of Bunker Procurement of Unifeeder.

“This marks another milestone in our quest to develop a comprehensive LNG supply chain, making the use of LNG as fuel for container vessels more efficient.”

However, both vessels already conducted their first LNG ship-to-ship operation at anchorage in front of Visby, Sweden, in April 2019.

“We are proud that we have been able to achieve another important milestone together with Unifeeder and the Port of Helsinki,” stated Lydia Glabisch, Operations Manager at Nauticor.

“The successful operation proves again that bunkering LNG is already an established procedure in a variety of ports especially in Northwest Europe. Furthermore, bunkering LNG is as efficient and uncomplicated as bunkering conventional fuels, especially when it is performed ship-to-ship and in parallel to the cargo operations.”

Andreas Slotte, Head of Sustainable Development at the Port of Helsinki, confirmed that view: “With the first ship-to-ship LNG bunker operation in our port being conducted successfully, the Port of Helsinki proves again its ambition to facilitate the use of more environmentally friendly alternatives to oil-based fuels.”

“Today’s event was a natural next step in the process of LNG becoming even more mainstream as a maritime fuel in Helsinki.”

Vessels can receive LNG-bunkers simultaneously while loading or discharging, this eliminates shifting time and reduces expenses for LNG-powered vessels for their bunkering.

The TMM allows bunkering from up to 4 tank trailers, quadrupling the capacity, and a A 6-hour bunkering process is now 1.5 hours - saving time and money.

Gasum is now a 100% shareholder of LNG bunkering firm Skangas

Firm purchased the remaining 30% shareholding in Skangas from the Lyse Group to further develop LNG market.