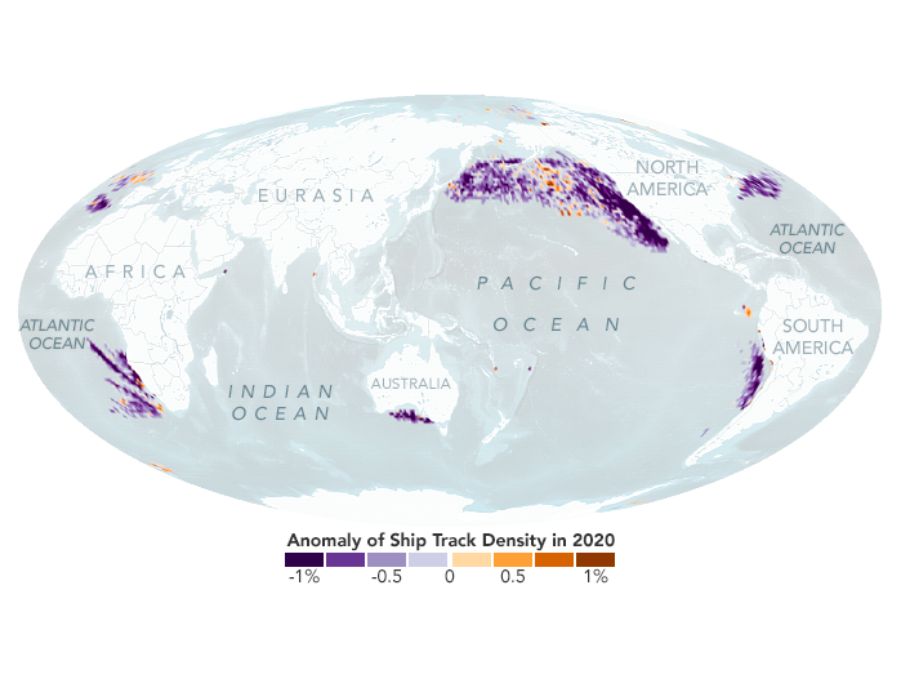 The IMO 2020 sulphur cap has reduced artificial “ship track” clouds to record-low levels in 2020, reveals a new study conducted by the National Aeronautics and Space Administration (NASA) which it announced on Wednesday (19 October).

“Like ghostly fingerprints, they trace shipping lanes around the globe, from the North Pacific to the Mediterranean Sea. But in 2020, satellite observations showed fewer of those pollution fingerprints,” it said.

Drawing on nearly two decades of satellite imagery, researchers found that the number of ship tracks fell significantly after a new fuel regulation went into effect.

“Without this kind of complete and large-scale sampling of ship tracks, we cannot begin to completely understand this problem,” said lead author Tianle Yuan, an atmospheric scientist at NASA’s Goddard Space Flight Center in Greenbelt, Maryland, and the University of Maryland, Baltimore County.

Ship tracks were first observed as “anomalous cloud lines” in early weather satellite images acquired in the 1960s. They are formed by water vapor coalescing around small particles of pollution (aerosols) in ship exhaust. The highly concentrated droplets scatter more light and therefore appear brighter than non-polluted marine clouds, which are seeded by larger particles such as sea salt.

“By capping fuel sulfur content at 0.5% (down from 3.5%), IMO’s global regulation in 2020 changed the chemical and physical composition of ship exhaust. Less sulfur emissions mean there are fewer of the aerosol particles released to form detectable ship tracks,” NASA said.

According to the Yuan and colleagues, similar but regionally defined sulfur regulations – such as an IMO Emission Control Area in effect since 2015 off the west coast of the U.S. and Canada – had not had the desired effect because operators altered their routes and charted longer courses to avoid designated zones.

While analysing 2020 data, the researchers found that ship-track density fell that year in every major shipping lane. (See the map above.) Ship-based tracking data indicated that the COVID-19 pandemic played a role by decreasing global shipping traffic by 1.4% for a few months. But this change alone could not explain the large decrease in observed ship tracks, which remained at record-low levels through several months of 2021 (the most recent data analysed).

The researchers concluded that the new global fuel regulation played the dominant role in reducing ship tracks in 2020.

Port could become less important as a fuel supplier for ships in 2020 when IMO 2020 rules take effect.

MPA in consultation with relevant industry experts has developed a provisional national standard on specifications of marine biofuel (WA 2:2022).