MAN ES: Methanol expected to take up to 30% of dual fuel engine orders in a few years 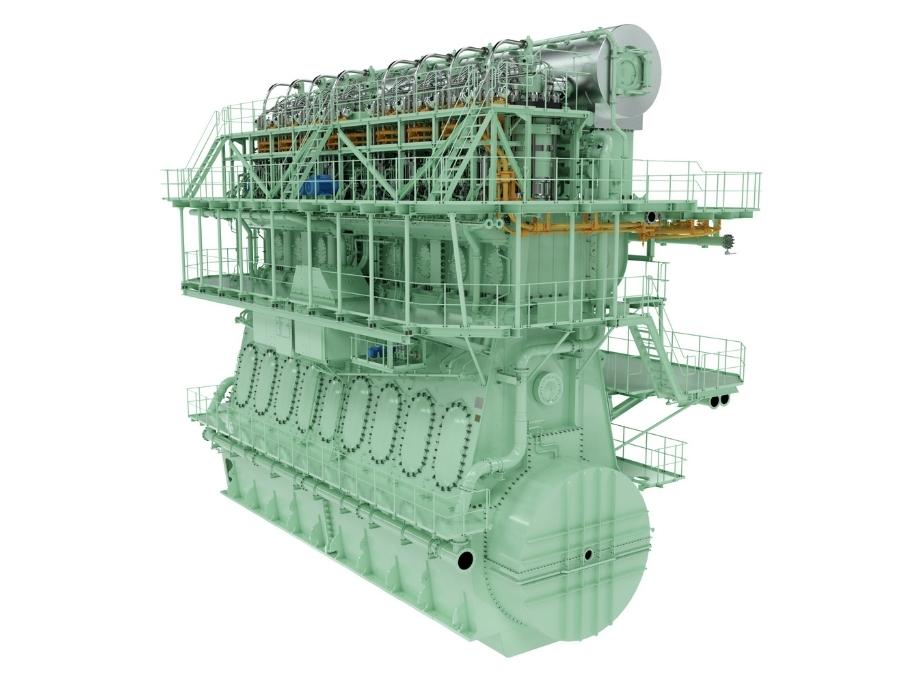 MAN Energy Solutions (MAN ES) on Tuesday (18 October) said interest in methanol is increasing and the firm is expecting its uptake to encompass around 30% of all dual-fuel engines contracted by the firm in just a few years from now.

Hyundai’s engine machinery division will build the engines in Korea, which will be capable of running on green methanol.

Bjarne Foldager, Senior Vice President and Head of Two-Stroke Business, MAN Energy Solutions, said: “The adoption of methanol propulsion is gaining pace, behind which there are several drivers. Crucially, MAN B&W methanol engines are available and proven with the first engines having already entered service back in 2016.”

“Additionally, as a fuel, methanol can be carbon-neutral when produced from renewable energy sources and bio-genic CO2. The production capacity of such green methanol is currently increasing significantly; it is also liquid at ambient conditions, which simplifies tank design and minimises costs. Finally, our methanol engine only require a fuel-supply pressure of just 13 bar and a number of manufacturers already offer such fuel-supply systems today.”

Thomas S. Hansen, Head of Promotion and Customer Support, MAN Energy Solutions, said: “We currently have a total order book for 78 ME-LGIM engines, of which 24 are firm orders for G95-variants. In addition, 19 of our 50-bore variants are already on the water and have accumulated more than 140,000 running hours on methanol alone.”

“As a fuel, the future looks promising for methanol and we fully expect its uptake to encompass around 30% of all dual-fuel engine orders in just a few years from now.” 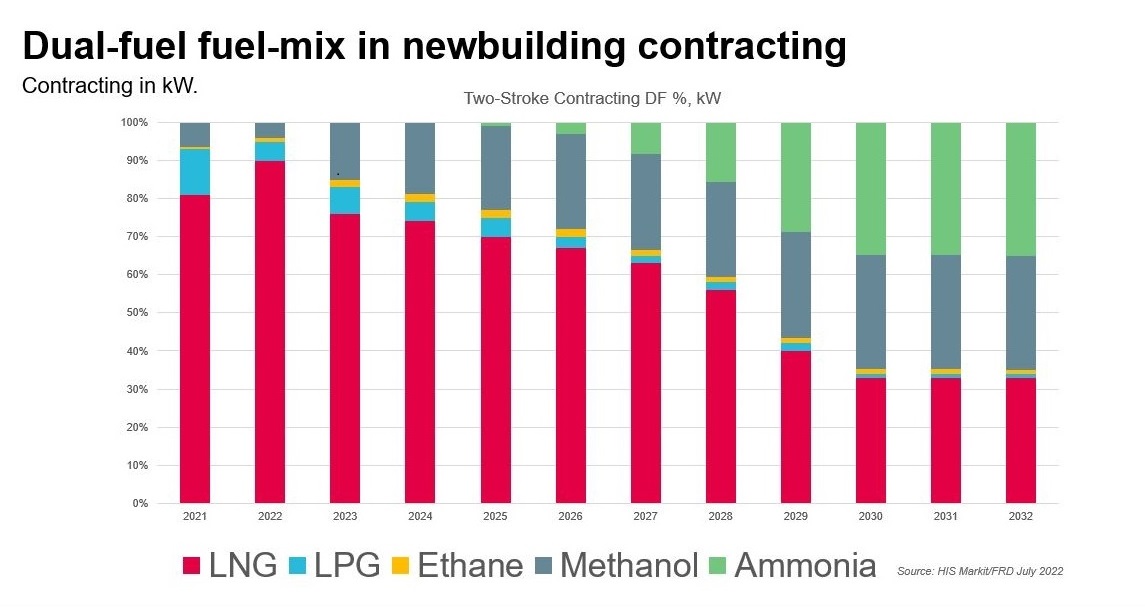 Projected fuel adoption within two-stroke dual-fuel engines. Today, LNG-fuelled engines make up the vast majority of dual-fuel engine contracting as represented in red in the bar graph above. Interrest in methanol is increasing and a steady uptake to around 30% of all dual-fuel engines contracted is expected by MAN Energy Solutions just a few years from now, as indicated in dark-blue. Towards the end of the decade, ammonia (green) is expected to pick up as a marine fuel.

Development due to low spot availability of HSFO and 0.5% sulphur LSFO products; no issues with MGO avails.