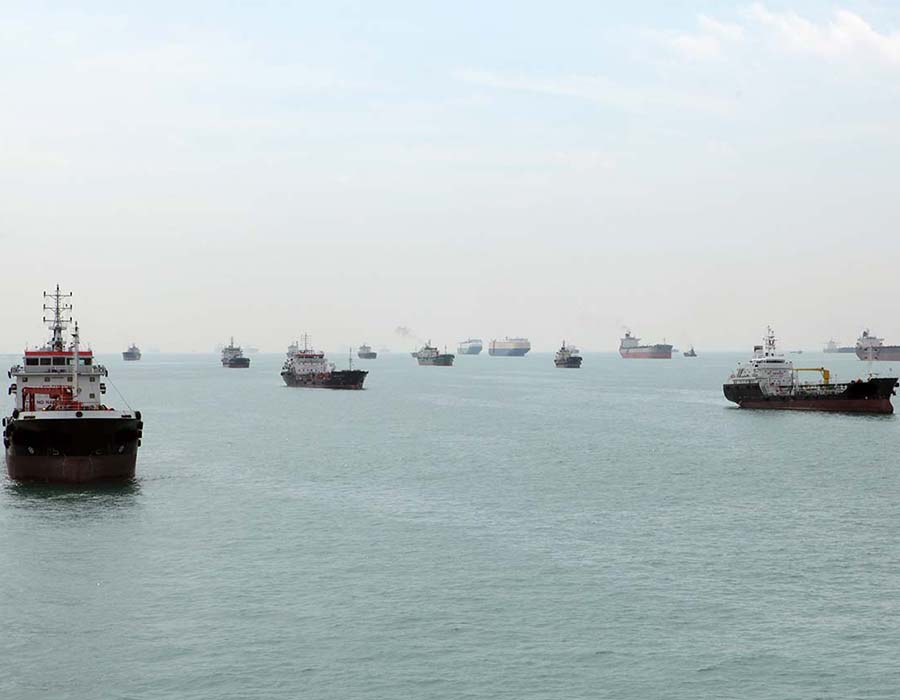 The Maritime and Port Authority of Singapore (MPA) on Wednesday (3 August) said it has completed investigations into bunker fuel contamination in Singapore port.

MPA was notified on 14 March 2022 that a number of ships had been supplied with High Sulphur Fuel Oil (HSFO) containing high concentration levels of Chlorinated Organic Compounds (COC) (1,2-Dichloroethane, Tetrachloroethylene) in the Port of Singapore. MPA provided two interim updates on 13 April 2022 and 5 May 2022.

The following are the conclusions of MPA:

MPA earlier updated on 5 May 2022 that the source of the affected HSFO fuel containing high concentration levels of COC, supplied by Glencore Singapore Pte Ltd (Glencore) and PetroChina International (Singapore) Pte Ltd (PetroChina) [1], was traced to fuel loaded on a tanker at the Port of Khor Fakkan, United Arab Emirates. Forensic fingerprinting analysis of the fuel samples taken from the tanker showed a match with samples taken from several affected ships that had taken HSFO from both Glencore and PetroChina.

MPA also established that both Glencore and PetroChina, as MPA-licensed bunker suppliers, had carried out tests on the fuel supplied to ships prior to their sale based on the international standards of petroleum products of fuel – International Organization for Standardization 8217 (ISO 8217) [2]

MPA found no evidence that Glencore or PetroChina had intentionally contaminated the HSFO.

Between 21 and 23 March 2022, the fuel oil testing laboratory engaged by Glencore reported results showing that the samples taken from the parcels of fuel oil Glencore purchased, contained concentrations of COCs that ranged from approximately 2,000 ppm to 15,000 ppm. COCs are not commonly present in bunker fuel, especially at such elevated levels.

MPA’s investigation found that despite this, Glencore continued to supply bunkers blended with the fuel purchased that was contaminated with high levels of COC to vessels in the Port of Singapore from 22 March 2022 to 1 April 2022.

By doing so, Glencore contravened the terms and conditions of its Bunkering Licence (Bunker Supplier) in failing to ensure that no bunkers supplied by it were contaminated. Glencore was given the opportunity to comment on these findings before MPA finalised its conclusions.

A total of 24 vessels were supplied with the affected fuel by Glencore from 22 March to 1 April 2022, and at least 3 vessels have reported issues with their fuel pumps and engines.

MPA will suspend Glencore’s Bunkering Licence (Bunker Supplier) for two months with effect from 18 August 2022. MPA has also asked Glencore to improve its internal procedures to ensure that prompt action is taken in future when it becomes aware of, or reasonably suspects, any irregularity in fuel quality.

No action taken against PetroChina

MPA’s investigation also revealed that PetroChina had stopped delivery of the contaminated fuel promptly by 19 March 2022 once it received its own test results that the fuel it supplied was contaminated with COC. MPA has therefore decided not to take any action against PetroChina.

MPA’s quality fuel assurance measures comprise the Bunker Quality Inspection System (BQIS) and the Intensified Bunker Quality Checks (IBQC). The BQIS tests the quality of bunkers supplied to vessels while the IBQC tests bunkers carried by bunker tankers before supply to vessels. On average, over 1,300 bunker samples are tested annually under the BQIS and IBQC to verify compliance with ISO 8217. While the occurrence of COC is rare in bunkers, MPA has now included COC to be tested under both BQIS and IBQC.

MPA and the Singapore Shipping Association (SSA) will co-chair an industry expert group to establish a list of chemicals to be tested and their corresponding concentration limits. The expert group is expected to make its recommendations on additional measures to strengthen quality assurance of bunkers delivered in Singapore. The Chemical Metrology Division from Singapore’s Health Sciences Authority (HSA), the International Council on Combustion Engines (CIMAC) [3] and the International Bunker Industry Association (IBIA) [4], have expressed support for MPA’s efforts to strengthen fuel quality checks and have confirmed their participation in the expert group. In addition, experts from testing laboratories and other relevant bodies will also be involved in the expert group.

MPA, in consultation with Standards Development Organisation [5], will also continue to share relevant information with the ISO, as part of the ISO’s ongoing review of the ISO 8217 standards.

[1] Part of the affected HSFO was sold by Glencore to PetroChina who in turn had supplied to ships in the Port of Singapore.
[2] ISO 8217 – International Standards Petroleum products — Fuels (class F) — Specifications of marine fuels – Table 2.
[3] CIMAC is a leading non-profit Association of the internal combustion machinery industry.
[4] IBIA is a non-governmental organisation for the global bunker industry with members from across the industry value chain in more than 70 countries.
[5] In 2011, Enterprise Singapore appointed the Singapore Chemical Industry Council Limited (SCIC) as a Standards Development Organisation (SDO) to administer the standardisation work of the Chemical Standards Committee (CSC) which supports chemical and related industries.

Port of Seattle and Ecology proposes temporary pause on scrubber wastewater dumping in Puget Sound while a third-party study is conducted.

Project study is funded by The Research Council of Norway; one of the main objectives is to evaluate and challenge bunkering technologies and logistics operations.

Typhoon Chanthu has suspended bunkering in Zhoushan and Shanghai, and lead times have dropped for all three fuel grades in Fujairah this week.