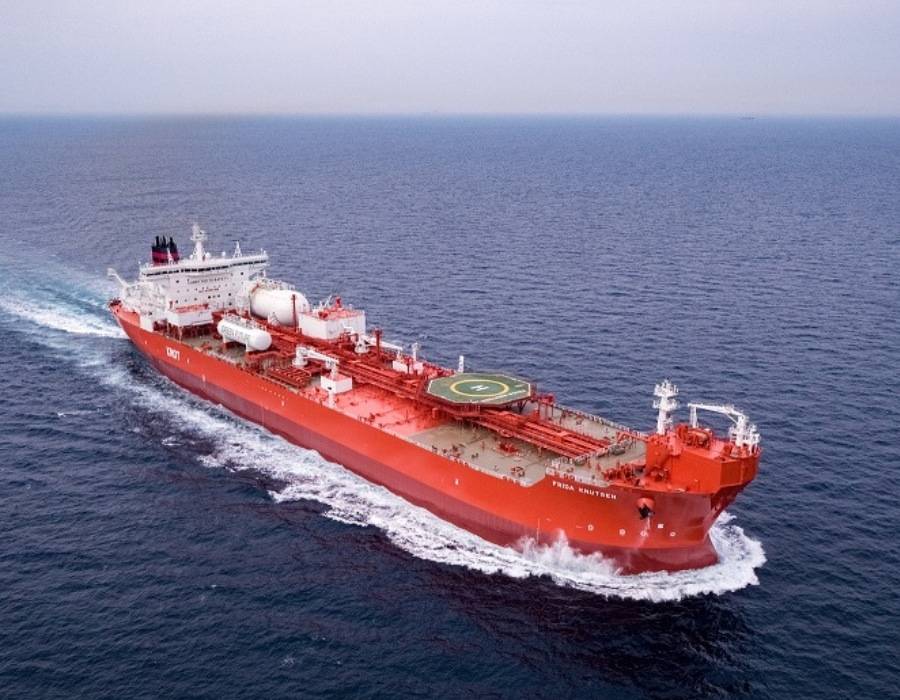 The shuttle tanker will be chartered to ENI Trade & Biofuels S.p.A, a subsidiary of Ente Nazionale Idrocarburi S.p.A (ENI) and will be engaged in oil transportation in the North Sea and Barents Sea.

The vessel will be KNOT’s first dual-fuel shuttle tanker that can use not only heavy fuel oil but also LNG. It will be equipped with a Volatile Organic Compounds (VOC) recovery system and an energy storage system thereby reducing greenhouse gas emissions.

The ships were ordered by KNOT and will be built at the Daewoo Shipbuilding & Marine yard in Korea.

KNOT in 2020 announced it was awarded a contract to build two LNG-fuelled shuttle tankers with delivery mid-2022 and the vessels will operate in the North Sea under time-charter contract for a maximum 10-year period.

Increase in output was achieved through the use of a new catalyst for hydrotreatment of vacuum gas oil produced by Rosneft, it says.

Renewable fuel component in the blend is biodiesel made from used cooking oil; it brings a certified reduction in GHG emissions of at least 87.5% versus its fossil fuel equivalent.