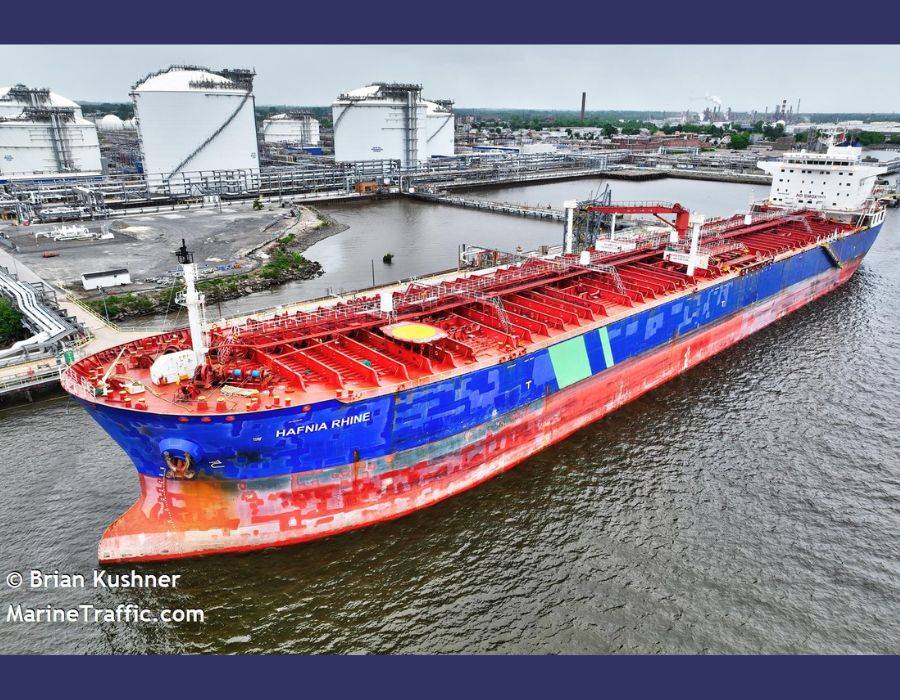 Singapore-flagged Hafnia Rhine spilled over 2,000 gallons of fuel oil during a bunkering operation with a bunker barge at Ama Anchorage on the Lower Mississippi River near Kenner, Louisiana, according to the United States Coast Guard on Friday (29 July).

Coast Guard Sector New Orleans watchstanders received notification at 6.08pm (GMT -5hrs) on 28 July that the crude oil tanker, belonging to Hafnia that is part of the BW Group, discharged oil during the operation into the river at Ama Anchorage, mile marker 115.

The watchstanders then dispatched Coast Guard pollution responders to the scene.

“The crew of the Hafnia Rhine secured the oil discharge, but Sector New Orleans pollution investigators estimated up to 2,100 gallons of fuel oil entered the water and contaminated approximately 50-60 barges in the vicinity,” said the US Coast Guard.

The National Response Corporation and Environmental Safety and Health Consulting Services were hired as oil spill removal organisations (OSROs) for the incident.

The OSROs have placed 2,700 feet of containment boom and 3,320 feet of sorbent boom around the affected area including the contaminated vessels and have utilized the use of sorbents to recover oil product.

“The Coast Guard is committed to overseeing a timely cleanup of oil to mitigate environmental impacts through its coordination with partner agencies and the continued assessment of shorelines and waterways,” it said.

There have been no reports of impact to wildlife while the cause of the discharge remains under investigation.

CEO sees the development of domestic tourism as motivation to count on the restoration of passenger traffic and to harness the potential of the river market segment.

Marine fuel sales in the world's third largest bunkering hub Fujairah, the UAE, rose by 8.7pc on the year in 2021, according to Argus data.