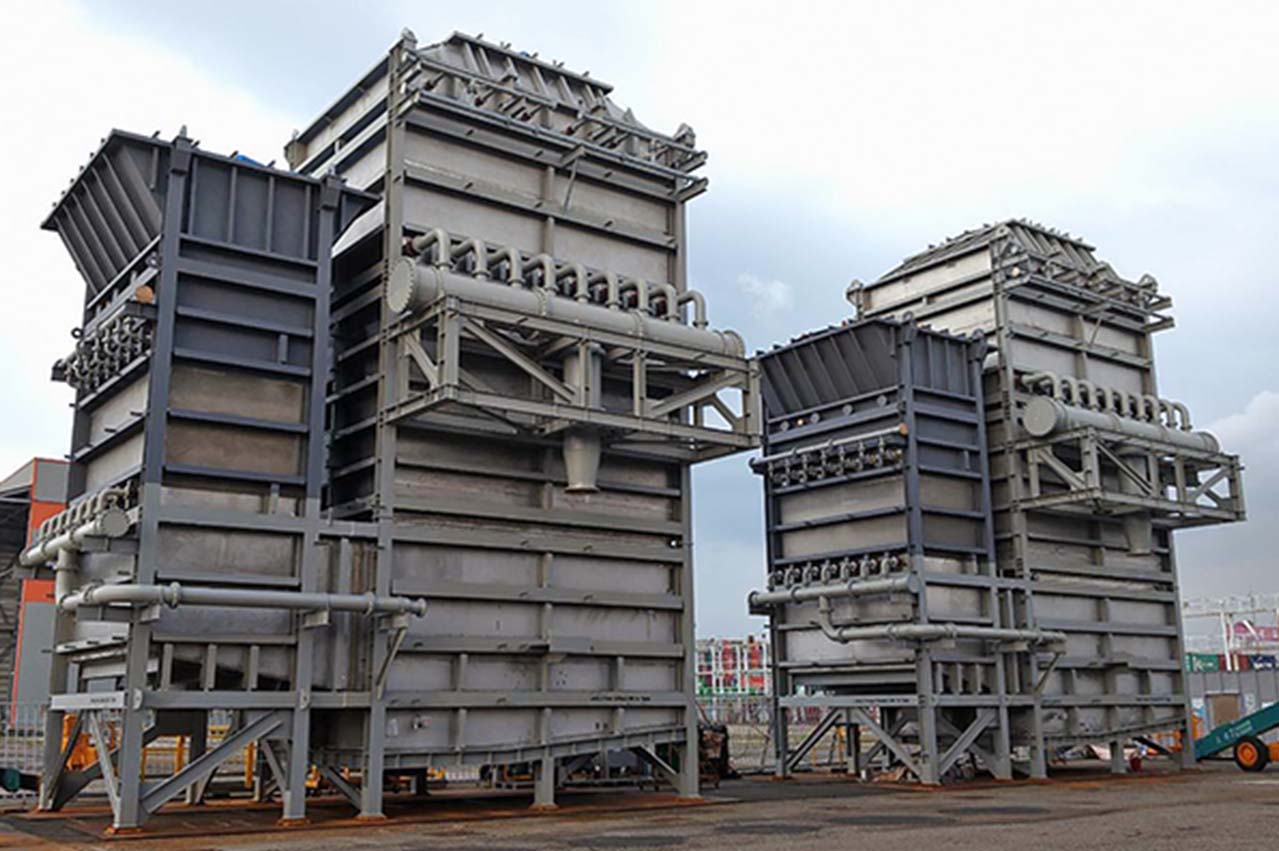 Specifically, the company has begun shipments of the DIA-SOx® C Series tower and DIA-SOx® R Series tower from partner fabricators in China and Taiwan, respectively.

The C Series tower shipped is designed to be fitted on LPG carriers and large oil tankers, while the R Series tower is on ultra-large container ships with capacity of 20,000 TEU and 14,000 TEU.

DIA-SOx® is a brand launched by Mitsubishi Shipbuilding. The cylindrical C Series has been jointly developed with Mitsubishi Kakoki Kaisha, Ltd., and the rectangular R Series with Mitsubishi Hitachi Power Systems, Ltd. (MHPS). Both series utilise a multi-stream configuration that can treat exhaust gas from multiple engines simultaneously.

The fabricator in China that manufactured the C Series tower has numerous track record of supplying high quality, reliable products for MHI Group, and has increased its capacity to be able to respond to the clients' requests for short delivery times and multiple slots, explains MHI.

The Taiwanese fabricator that manufactured the R Series tower is a long-standing business partner of MHPS, and has an outstanding quality management system.

“With new SOx emissions regulations coming into effect across the globe in 2020, Mitsubishi Shipbuilding has been receiving a steady stream of inquiries from customers worldwide, and responds to various demands with expanding production capacity including those two partner fabricators,” it states.

“Going forward, Mitsubishi Shipbuilding will continue providing such marine SOx scrubber system, and also as an engineering company offering engineering services for scrubber installation for retrofittings and newbuilings, for ships built by MHI and by the others in order to contribute to the further development of ocean transport, and reduce the environmental load that is increasing on a global scale.”

New Houston office to grow Monjasa’s presence in the US Gulf will be supported by Trading Director Americas, Kelsey Ware, and Trader, Thomas Cirillo.

Defence lawyers accused one of the two lay judges (a volunteer assisting the judge) to be incompetent due to him wearing a shirt with a NASA logo.