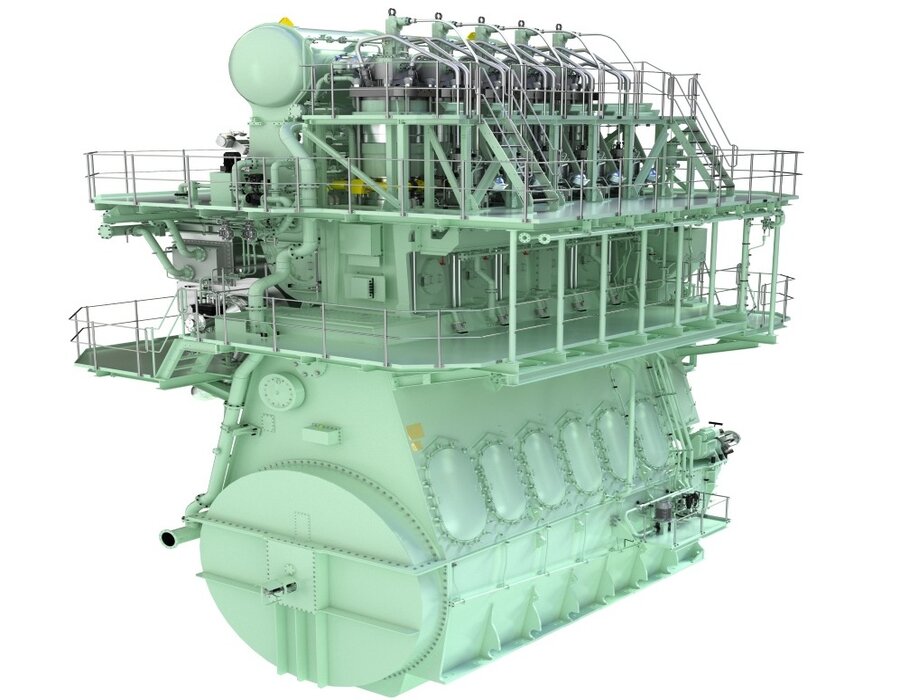 Large-bore diesel engines and turbomachinery provider MAN Energy Solutions on Wednesday (23 February) has announced that its MAN B&W ME-GA engine – the latest addition to its dual-fuel portfolio – has already secured 100 orders since May 2021.

Simultaneously, the company revealed that the first ME-GA-powered LNG carrier will enter service in the summer of 2023.

Bjarne Foldager, Senior Vice President and Head of Two-Stroke Business, MAN Energy Solutions, said the speed with which the ME-GA has reached this milestone is testament to its broad acceptance as the industry’s preferred, second-generation, Otto-cycle engine for LNG carriers.

“This achievement adds to the strong foundation and proven track record that MAN Energy Solutions already has for bringing new technologies to the market.”

Each ME-GA engine comes equipped with Exhaust Gas Reduction (EGR) that reduces methane-slip emissions by up to 50%, compared to first-generation, Otto-cycle engines without EGR. The increased focus on methane-slip reduction – as well as other operational/technical benefits – has essentially established EGR as a new standard in contemporary, LNG carrier designs with Otto-cycle engines.

MAN Energy Solutions’ proprietary EGR system began development more than a decade ago and was applied to a commercial project for the first time in 2013. Initially focused on achieving NOx Tier III compliance, the system has since matured into a robust, engine-tuning tool that today has accumulated orders for more than 275 engines.

Thomas S. Hansen, Head of Promotion and Customer Support, MAN Energy Solutions, said the ME-GA is just the latest in a series of initiatives MAN Energy Solutions has introduced to decarbonise shipping and further the maritime energy transition to sustainable fuels.

“Our dual-fuel engines are based on mature technology, and our ME-GA and ME-GI LNG-fueled engines set the standard for environmentally-friendly, reliable propulsion with seamless switching between fuels.”

‘Regulations have to adapt with technologies, along with fuels, along with commercial measures. All of this has to come together now,’ says a panellist.