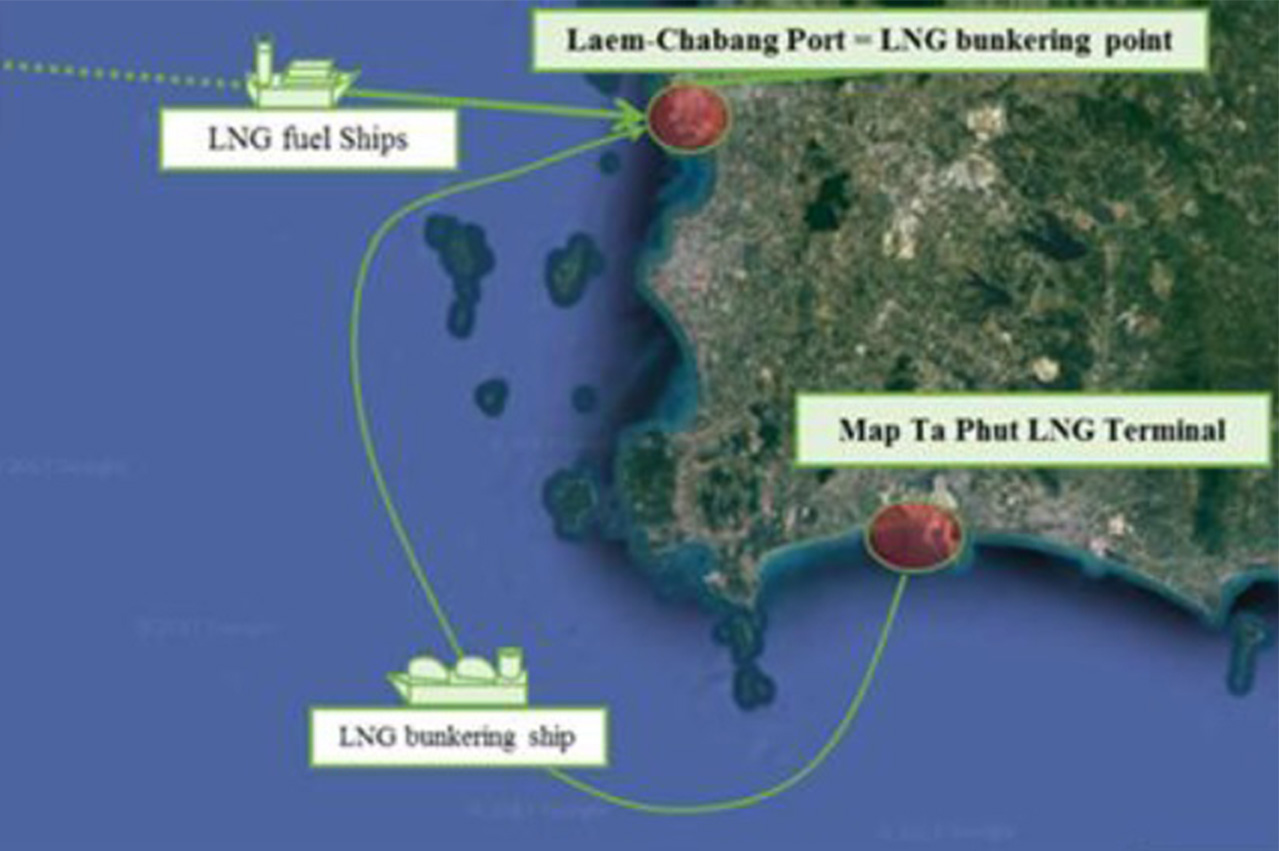 Laem Chabang port is the largest industrial port in Thailand which has more than 8,000 vessel arrivals per annum, says Marubeni.

A third expansion plan is being implemented at the port, and the two companies are expecting demand for LNG bunkering to grow in this area due to increased exports and the tightening of environmental regulations.

“This joint study will verify the feasibility of an LNG bunkering project that utilises a fuel supply ship that is compatible with an existing PTT managed LNG receiving terminal in Map Ta Phut (located in Rayong, approximately 200km southeast of Bangkok),” states Marubeni.

“This area is called the Eastern Economic Corridor (EEC) in Thailand, a special economic zone where infrastructure development is being strategically implemented.

“The Japanese government is expressing its support and contributing to infrastructure development in the area to help bolster Thailand’s industrial development.”

The CMA CGM Jacques Saadé is the largest LNG-powered container ship in the world, and is the culmination of extensive research and development since 2017.

The LNG market is evolving and old fashion habits of long-term contracts and commitments are fading, but interest in LNG as a marine fuel continues to grow, said CEO.